Kenya is a country of great natural beauty and incredible people with a brave spirit. Rebecca Lolosoli is one of them.  As a young woman she was forced into marriage as well as subjected to female genital mutilation, also known as FMG.  Surviving this and undeterred, Rebecca went on to use this traumatic experience years later to help others like her.  She co-founded Umoja Women’s Village in Kenya. This remarkable village has become a place of healing and hope.

These are the words of Rebecca Lolosoli. I met her for the first time in 2015 and her story changed my life.  Rebecca reminds me that I can make a difference, no matter how hard life is. And that it only needs the initiative of a single person to stand up for the better and make a change.

The Samburu Tribe in Kenya

Rebecca is one of the most inspiring people I have ever met.  She overcame the odds and managed to leave her husband and her family to create a haven for herself and other women and their children. 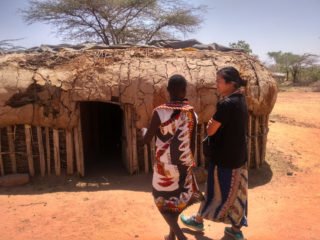 I visited her village in June 2019 where she shared her life story with me. She told me how she risked her life to start a women’s village.  She also spoke to me about what it was like to be a woman in a patriarchal society that places little value on its women folk.  When Rebecca was a young woman she was forced to undergo FGM. She landed up in hospital as  a result.  In the Samburu tribe, it is tradition for a teenager to undergo FGM from the ages between 11 and 18 and before she gets married.

What is female genital mutilation?

According to the World Health Organization female genital mutilation (FGM) includes procedures that intentionally alter or cause injury to the female genital organs for non-medical reasons. The procedure has absolutely no health benefits for girls or women.

FMG can cause severe bleeding and problems urinating, and later cysts, infections, as well as complications in childbirth and an increased risk of newborn deaths.

The WHO says more than 200 million girls and women alive today have been cut in 30 countries in Africa, the Middle East and Asia where FGM is concentrated.

The procedure is recognized internationally as a violation of the human rights of girls and women. It reflects deep-rooted inequality between the sexes, and constitutes an extreme form of discrimination against women. It is nearly always carried out on minors and is a violation of the rights of children. The practice also violates a person’s rights to health, security and physical integrity, the right to be free from torture and cruel, inhuman or degrading treatment, and the right to life when the procedure results in death.

No health benefits, only harm

FGM has no health benefits, and it harms girls and women in many ways. It involves removing and damaging healthy and normal female genital tissue, and interferes with the natural functions of girls’ and women’s bodies. Generally speaking, risks increase with increasing severity of the procedure.

Immediate complications can include:

Long-term consequences of FGM can include:

FGM is illegal, but is still common in Kenya

Despite the fact that the government in Kenya passed a law in 2013  prohibiting FGM, it’s still prevalent in the Samburu tribe. As FGM is illegal now, the ceremonies are hidden away. This  further increases the risk of life threatening bleeding, later infections, complications in childbirth as well as new-born deaths.  When Rebecca underwent FGM as a young woman, her family thought she had fallen unconscious because she was bewitched. They left her bleeding (and literally for dead). A stranger who was passing by at the time found her lying unconscious. He saved her life by taking her to a nearby hospital.

She had to spend a full month in hospital recovering.  Rebecca vowed that once released she would fight against FGM. Rebecca was still young,  but she  knew she had to do whatever she could to ensure her children did not go through the same experience!

A Samburu Woman’s Life in Kenya

Rebecca worked in her husband’s family business for most of her married life.  She shared the small money she earned with other ladies from the village. These women didn’t have enough money for food or hospitals bills. This was  against the will of the husband’s family. One day they attacked her so badly for this, that she almost lost one of her eyes. There were so many times she wished to  leave her old life behind and live on her own. However, she was not able to leave her husband because she was responsible for her family, including her small children.

When a Samburu woman marries a Samburu man she automatically becomes part of his family and can ever return to her blood family.

When Rebecca shared her own personal story with other Samburu women, they all realized they were facing similar experiences. Some 15 of these women took the decision to leave their husbands and start a life together.  When she left her own family, all Rebecca had with her were the clothes she wore (her dress and her sandals) and her children. The women survived by eating fruits and selling their hand made jewelry to tourists who were passing by the highway. They  lived in permanent fear and were under regular attacks by the  Samburu men who wanted their wives and children back.

One night the ex-husband of one of the women came to the village with a knife to kill Rebecca. He accused her of taking his wife from him.  She was only able to escape at the last minute due to the protection of the other women in the village. 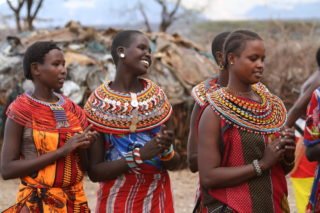 Umoja Women’s Village is a safe zone in Kenya

Today Umoja Women’s Village is a safe zone and refuge for all women.  The security in the women’s village is provided by their own male grown-up children, who live close to the village with their own families.

All women are welcome to Umoja.  The Umoja women stand up together and fight together for their rights. A single woman does not get heard in Samburu, but when a whole village demonstrates, they can make a difference.

The vision of these women is to create awareness against FGM and early forced marriages. In their training center, they teach other women about women’s rights and the importance of girl children.

A  Remarkable Place for Healing

There are  over 240 women and children in Umoja.  They live extremely frugally, but are very enterprizing. Women earn an income that provides food, clothing and shelter for all. 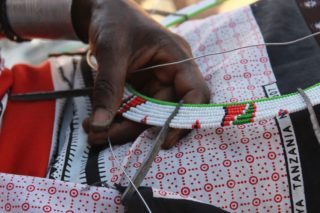 I have shared this story and  vision of Umoja in the hope that it raises awareness for female genital mutilation. FGM must be completely eradicated. Anyone can help the women of Umoja.  You can share the story of Rebecca and the Umoja Women’s Village with your friends to support them in their goal of eradicating  FGM. This will help save many Samburu girls from this  terrible destiny.  You can also donate to Umoja through their website or  when you travel to Kenya visit their village, buy their hand made jewelry and stay at their resort.

Sinja Stoetzner is the Founder of Travel With Sinja. Her business is geared towards sharing the best of Africa, while providing visitors with amazing, moving travel experiences. Sinja conducts guided tours for visitors to this village so that the initiative can grow and receive worldwide attention. You too can use your travel to do good. 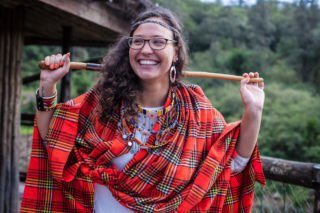 Most Popular Yoga Destinations To Visit in 2020

Planning A Snow Holiday In Europe? Here’s What You Need To Consider