Another Country In Africa Legalizes The Cultivation Of Cannabis

Zimbabwe has just become the second country in Africa to legalize the cultivation of cannabis. Lesotho legalized the cultivation of the plant in 2016.  Over the past decade several countries around the world including Canada, United States of America, Portugal, Switzerland, the Netherlands, Uruguay, Spain among others have also legalized its use.

While some of these countries have decriminalized growing the plant and consuming it for private or medicinal use, others have gone as far as supporting the plant’s medicinal benefits for economic profit.

However most of these countries have placed restrictions on growing the plant as well as restricting how much can be consumed by an individual and even which part of the plant can be consumed.  In Romania for example, the law allows for people to have products that contain cannabis compounds rather than the green itself.

Africa is still a work in progress with regards to cannabis cultivation and usage. Most of the continent still criminalizes the cultivation, possession and use of the plant.  Hence the announcement by the Zimbabwean government this week will certainly put the plant and it’s potential back in the spotlight.

Cannabis for Medicinal and Scientific Use

The Zimbabwe government will issue five-year licenses to clear growers to possess, transport and sell fresh cannabis, cannabis oil, and dried product.  Specifically, the growing of cannabis, known as mbanje in Zimbabwe, will only be legal for research and medical use under the new regulations. The regulations are tabled under the Statutory Instrument 62 of 2018, “Dangerous Drugs – Production of Cannabis for Medicinal and Scientific Use Regulations”.

According to the state-owned newspaper The Herald  producers of cannabis must be licensed by the minister and licenses will only be issued to Zimbabwean citizens or residents in the case of companies applying for a license. 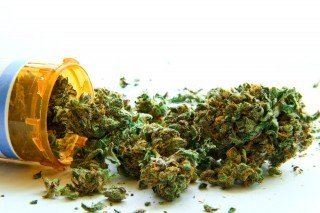 Importantly these regulations still impose an obligation on the government to consider the risk that cannabis could be diverted for illicit use.

Over the years the production and use of cannabis has been illegal in the country and possession of the drug attracted sentences of up to 12 years in jail.

Lesotho granted its first licenses for marijuana production in September last year.  It has been reported that a fair proportion of the cannabis grown in Lesotho is actually exported to Canada, where the use of cannabis for medicinal purposes has been legalized.

South Africa has been grappling with the legalization of cannabis for medicinal purposes for the past few years. In 2016 The Medical Control Council (MCC) announced that their investigation into the use of medical cannabis was well underway.  The MCC confirmed that they had been investigating the issuing of permits to ensure the controlled growing of cannabis and the supply of standardized high-quality products.

MCC registrar Dr Joey Gouws said that those eligible for treatment would include, individuals with severe chronic pain and sufferers of HIV/Aids and cancer. She stated that there was, however, also a need for ongoing research into the long-term effects of medical cannabis. This would examine the potential of addiction and the possibility of cognitive impairment.

The South African Parliament has since proposed a Medical Innovation Bill. This Bill seeks to legalize cannabis for medical use, paving the way for increased research and use of alternative medicines in cancer and terminal patients.

Parliament said it recognised that cannabis is effective in treating pain.  It also has inexpensive healing properties which could offer more affordable healthcare to those in need.

Narend Singh, the IFP’s chief whip was quoted as saying,  “what I would like to see is that cannabis products should be made available to all, including the poor. At the moment, these drugs are available on the black market and they are very expensive. That means many poor South Africans don’t have access to these drugs despite their pain-relief benefits for chronic pain.” 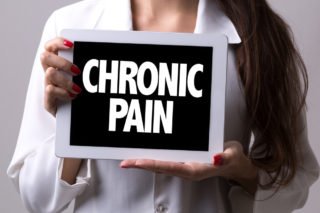 In March 2017, many pro medical marijuana supporters welcomed the Western Cape High Court ruling which now allows for the plant in specific quantities to be grown and consumed for private use only.

Laws for use outside the home still have to be determined by a Parliamentary process.

Then in September 2017 at a meeting in KwaZulu-Natal, emerging farmers were informed that they would be given the opportunity to cultivate what many term the  “miracle crop.”  The initiative will have the potential to transform the South African economy, while creating thousands of much-needed jobs.

This latest emerging farmer initiative has the backing of nine government departments.

Krithi Thaver, a founder member of Canna Culture, which has merged with a new organization, the Cannabis Development Council of South Africa, has been very vocal on the issue. He told IOL that “The big challenge is to break the stigma and ignorance about the plant. But this is the plant that will save the South African economy, create untold jobs, benefit exports and improve our exchange control situation,” he said.

Apart from these known initiatives, there is already a growing illicit market for medical cannabis in South Africa. It will only be a matter of time that the plant will be legalized in the country, at the very least for medical use.

Another Country In Africa Legalizes The Cultivation Of Cannabis