These are the top medical breakthroughs we’ve picked up recently. 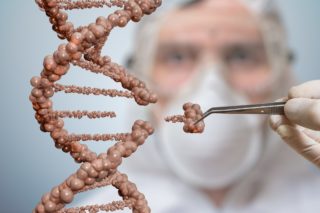 DNA modification research has led to the very successful treatment of a serious skin disease, undertaken by the Children’s Hospital at Ruhr University in Germany, together with specialists across Europe. A young Syrian boy named Hassan, suffering from a genetic disease called junctional epidermolysis bullosa, was successfully treated with genetically modified skin.

Junctional epidermolysis bullosa leaves the skin as thin and fragile as paper, because of faulty DNA programming. The treatment entailed removing a patch of the boy’s healthy skin that contained faulty DNA, and repairing it with a customised virus in the laboratory. Thereafter, the modified skin was grafted back onto the patient’s body over the course of several operations, where it grew back successfully.

Two years later, Hassan enjoys fully functioning, healthy skin. According to Dr Michele de Luca, who led the team, his skin is currently stable and robust, without blistering or itching.

According to the US National Centre of Biotechnology Information, “liquid biopsies” can uncover cell-free circulating tumor DNA, or ctDNA, which is proven to be more than 100 times more abundant in the blood than tumor cells, and sheds from a tumor into the bloodstream.

This medical method has been proven to be a non-invasive and rapid manner of detecting cancer early. 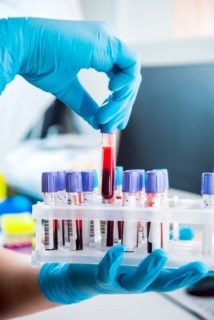 In addition, routine cancer check-ups will soon become easier and more effective, and cancer care will be more personalized.

Dr Renier Brentjens of the Memorial Sloan Kettering Cancer Centre in the US explains that it is possible for these CAR T-cells to remain in the body, thereby guarding against cancer recurrence, so the therapy frequently results in long-term remissions. Blood-cancer patients who have been treated with this new therapy have reported a remission rate of 90%. It is expected this treatment will soon be presented to the FDA for treatment of acute lymphoblastic leukaemia (ALL), and, if it is successful, in the future cellular immunotherapy can possibly replace chemotherapy, thereby doing away with many of the side-effects. Click here to find out more about immunotherapy.

The University of Minnesota in the US is in the process of developing what is known as the TransMedics Organ Care System (OCS), or, more colloquially, the “heart in the box”.

For nearly half a century, organs for transplantation were packed and placed in saline and ice before the medical operation, but injuries were a risk. With the OCS device, which stands at waist level and rolls around on a cart, the heart is allowed to keep beating and circulating the donor’s warm, oxygenated, nutrient-laden blood until it is disconnected and implanted into the recipient.

The advantages lie in the fact that blood has an excellent capacity for oxygen delivery, and is a potent antioxidant, free-radical scavenger and an efficient buffer, while also reducing injury. Click here to find out more about this. 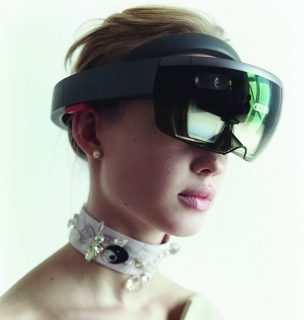 According to Duke University in the US, new innovations in technology, called HoloLens goggles, can help surgeons visualize regions of the body they cannot see, and thus change the way doctors operate. The goggles augment the surgical reality by projecting 3D images onto the real objects.

Duke neurosurgery residents Andrew Cutler and Shervin Rahimpour are responsible for this innovation, which will be particularly helpful for “blind” surgeries, such as extraventricular drain (EVD) placement. Instead of having to rely on static CT scans and physical “landmarks”, medical doctors will now be able to place a three-dimensional image of a brain onto a head, and watch a virtual projection of the catheter as it pierces the brain.