On Tuesday this week, the world’s first malaria vaccination was given to children in Malawi. Two more African countries – Ghana and Kenya – will start implementing the vaccine in the coming weeks, according to the World Health Organisation. In the official press release, WHO announced that this vaccine will be given to children up and till the age of two.

Dr Tedros Adhanom Ghebreyesus, the WHO Director-General, believes the vaccine has the potential to save tens of thousands of children’s lives, and can get the malaria response back on track. “We have seen tremendous gains from bed nets and other measures to control malaria in the last 15 years, but progress has stalled and reversed in some areas. We need new solutions to get the malaria response back on track, and this vaccine gives us a promising tool to get there.”

How will the vaccine be administered?

According to CNN, it will be delivered in four doses. Three of the doses will be given between five and nine months of age, while the fourth will be provided around the 2nd birthday.

The goal is to vaccinate approximately 360 000 children where the situation is most urgent, following which WHO will determine how to continue the administration of the vaccine in other parts of the world. So says Deborah Atherley at PATH, a NPO that assisted in the development of the vaccine.

How effective is it? 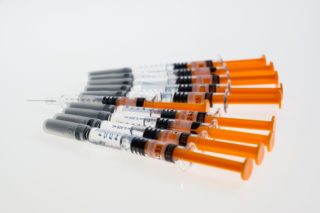 In addition to the bed nets treated with insecticide and spraying indoor areas with insecticides, this vaccine is to be used as a “complementary malaria control tool”. It’s called RTS,S and has been designed especially with young children in Africa in mind.

“It’s a pro-poor vaccine, if you will,” said Atherley. “I think that’s also a really important milestone in vaccine development and introduction.”

The frightening issue is that the statistics – and in particular the World malaria report – indicates that a child dies every two minutes from malaria. In addition, more than 200 million new cases of this wholly preventable and treatable disease are reported each year. For some children, in one year they can suffer up to six bouts of malaria, according to Dr Mary Hamel of WHO. Click on the link to find out more. 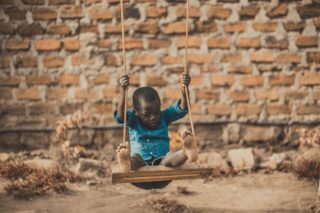 In a large trial, the vaccine showed a reduction of the number of clinical malaria cases by approximately 40%. For the severe cases, the reduction was at 30%. According to epidemiologist William Moss, who directs the International Vaccine Access Center, while this launch really is a landmark, these numbers are much lower than that for many of their other childhood vaccines. This could be due to the fact that malaria is a parasite. It is therefore more complex than bacteria or viruses, and can evade the human immune systems in a more sophisticated manner.
“So, creating effective vaccines against them [parasites] is quite challenging,” says Moss.
However, the vaccine is still one more tool that can be used to win the fight against malaria, and can change the course of many lives. In addition, the vaccine took more than 30 years and $500 million to develop – being an full-scale collaboration between various organisations, such as PATH, WHO, and the Bill & Melinda Gates Foundation.

The World Health Organisation (WHO) World Malaria Report for 2018 showcases the ongoing challenges high-burden countries face due to inadequate funding (1). With the Global Fund in a replenishment year, their goal is to raise $14 billion, which would cover all the grants allocated by the Global Fund from 2020 to 2022. This goal cannot be attained by private funds alone and requires support from governments and world leaders. Click on the link to find out more.

7 Healthy Habits To Adopt While Confined To Your Home

Opt For Glowing Skin With The Collagen Induction Treatment