What did we ever do when Polaroid cameras were the norm, not smartphones? Selfies would have turned out to be a forehead bathed in a brilliant white light! Our family members would choose the most flattering angles to shoot us, and we would think, in a fog of hubris, that we were pretty. At least Mom thought so.

Now, with modern technology, we can take pictures of ourselves! We can post them on social media, and….dun-dun-duhhhhh…get feedback. Fragile egos may be reeling from the comment by DiamondDave12 that our forehead is starting to look like Alligator hide. Does DiamondDave12’s opinion really matter?

For some women these comments are brutal. So instead of considering the source, she makes an appointment with her local plastic surgeon.

A growing number of people are utilizing plastic surgery to narrow that bulbous nose, lift the eyelids and nix the neck fat. Others are contracting specialists in makeup to enhance their appearance.

Selfies, otherwise known as self-portraits, became popular with smartphones and Facebook. At first, mostly young adults posted images of themselves. Now everyone from movie stars to the President take selfies.

Judging from this graphic provided by Beverly Hills Plastic Surgery Center, plastic surgeons have seen a dramatic rise in facial procedures, ranging from cheekbone implants to enhanced chins, from patients who have pored over their selfies and found flaws.

Some doctors refuse to treat some patients because a selfie produces a distorted self-image. Dr. Sam Rizk, a plastic surgeon, said that not all patients who request surgery need it. “We all have something wrong with us on a selfie image. I refuse a significant proportion of patients with selfies because I believe it is not a real image of what they actually look like in person.” Well said.

Rizk says “Too many selfies indicate a certain level of insecurity most teenagers have. Social Media just makes it worse.” Well, who doesn’t remember high school, and that dreadful feeling that your life is nothing more than a used Kleenex?

Maybe we should all listen to our parents, and believe that we are beautiful. 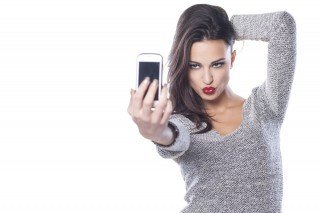 Stretch Marks And Weight Loss Can Be A Real Battle