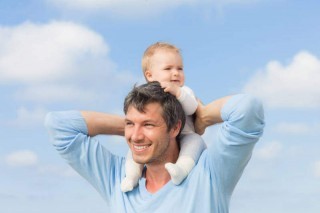 In a major study involving millions, a wide range of disorders and concerns in school-age children have been linked to delayed fatherhood.

The study, published in JAMA Psychiatry, suggests mutated sperm were to blame. However, experts say the benefits older dads bring may outweigh any problems.

The investigation by Indiana University, in the US, and Sweden’s Karolinska Institute has been described as the largest and one of the best-designed studies on the issue. The researchers looked at 2,6 million people and at the difference between siblings born to the same father, as the study accounts for differences in upbringing between families.

Dr Brian D’Onofrio, who was also involved in the study, said the results of the study shocked him. He told the BBC: “The implications of the study is that delaying childbearing is also associated with increased risk for psychiatric and academic problems in the offspring. The study adds to a growing body of research, that suggests families, doctors, and society as a whole must consider both the pros and cons of delaying childbearing.”

However, Dr James MacCabe, senior lecturer in psychosis at the Institute of Psychiatry has also stated: “I would make the point very strongly that men should not decide on whether or when to have children on a single study, or cumulative studies.”

He said the risks were low and that even a doubling or trebling of risk would still affect a small proportion of people.

“Having said that, with the demographic change we have seen in the last decade, on a population level this is a concern and we might expect higher rates of psychoses now and in the future.”

He added that older dads bring many advantages such as more stable relationships and higher income, which “probably outweigh” any risks.