Cyberbullying Is On The Rise: How To Fight It

Following a recent cyberbullying attack involving Whatsapp group messages that resulted in the suicide of a young learner in South Africa, the spotlight has been turned on this form of abuse, which has been steadily growing on a global scale. Children and teenagers from all walks of life are currently suffering from cyberbullying, but it can be avoided if the parents and teachers can recognise and address the signs – this incident is a wake-up call. 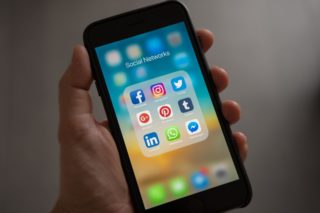 Cyberbullying is when a person, or group of people, intentionally and consistently intimidates, offends, threatens, or embarrasses another person or group of people, through the use of digital platforms, for example a website or chat room on the Internet, social media, or mobile devices such as a cellphone. Global market research firm Ipsos defines cyberbullying specifically with regards to children under the age of 18.

“We hear more about cases among the youth, but this definitely happens with adults too,” says Megan Hosking, psychiatric intake clinician at Akeso psychiatric hospitals. “With more public discussion and reporting on the topic, awareness of cyberbullying is also increasing. Adults are often more skilled at hiding their online identities, and use technology differently to cause harm. American studies show that up to 40% of adults have been exposed to cyberbullying, with about 40% of the bullying being driven by someone they don’t know. In South Africa, we have seen a marked increase in incidents among the younger generation, with a higher percentage (up to 65%) of this bullying is from a classmate rather than a stranger.”

Hosking says one of the possible reasons why cyberbullying has become such a widespread phenomenon is the increase in the use of social media and wider accessibility of online platforms. “It is also possible to remain anonymous in many of these interactions, reducing the risk of consequence for hurtful behaviours. Moreover, there is a psychological distance between the bully and the victim, reducing potential empathy on the part of bullies towards their victims.”

How to spot a cyberbully

Identifying a cyberbully can be tricky, since they often operate from the shadows. But there are several typical types of behaviour that point to someone who engages in abuse on online platforms. These include:

If cyberbullying was a disease, kids would be sufferers who display regular symptoms 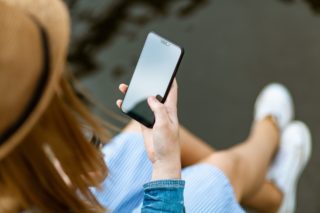 When a child or teenager is suffering from cyberbullying, either from strangers or from people in their peer group, at school in or their social circles, there are also typical symptoms for which parents or teachers can look out. If spotted early, this form of abuse can be stopped and the sufferer can be helped.

“Pay attention to changes in your child’s use of their devices and social media as well,” adds Hosking. “Your child may become more secretive in their habits, and jumpy or anxious. The symptoms are similar to those observed in other types of bullying, and parents and teachers are mostly well placed to notice these signs. Encourage teenagers to speak openly about any issues they are encountering and suggest they do not respond to any online attacks.”

Cyberbullying has serious consequences for many victims. Young people can experience emotional trauma, causing them to lose self-esteem and confidence. There are risks of depression, anxiety, and self-harm, as well as isolation from friends and family. In addition, there can be a negative impact on the child’s reputation and on their performance at school. They may also struggle with current and future relationships as a result of cyberbullying.

How children can protect themselves from cyberbullying 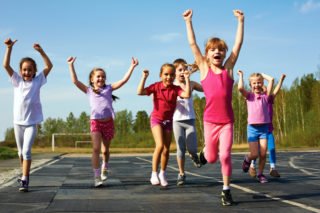 Talk to your child about cyberbullying and self-protection. These are some of the ways you can encourage them to protect themselves:

To help someone who is being cyberbullied it’s advisable to report the content; as most social media sites allow users to report unsuitable content, whether you are the victim or an observer.

“It’s important to listen to your child’s story and fears without judgment. If you suspect they are being bullied, reach out to them,” says Hosking. “If your child’s friend is being bullied, get your child to encourage the friend to seek help and support from their parents, a teacher, a counsellor or someone who can possibly assist further. It’s important to keep records of every instance of cyberbullying in case legal action is considered.” Teach your child to stand up against any form of abusive behaviour, and not to be a passive bystander.

According to the Department of Justice and Constitutional Development, perpetrators of cyberbullying can be criminally charged with assault, criminal defamation, extortion, or crimen injuria depending on the specific case. You can apply for a protection order under the Protection from Harassment Act 17 of 2011 at your nearest magistrate’s court.

Quality time as a family must be prioritized, as this is crucial to a child’s healthy development and to the relationship between a parent and a child. Especially when it comes to young children, parents need to create a healthy work-life balance and ensure they set a good example when it comes to technology usage. This will become even more important later on, when children need to decide for themselves how they will spend their time and make use of technology. Click here to find out more about iPhones addiction in teenagers and how it is becoming a serious societal issue in 2018.

Fun activities to do as a family include reading with your children, playing their favorite games or board games with them, constructing things, painting or drawing and making up songs. Click here to find out more about children’s take on their parent’s smartphone usage.

Cyberbullying Is On The Rise: How To Fight It