Death with dignity – or not?

When 29-year-old Brittany Maynard told the world of her plans to end her life as she was dying of an incurable disease, and then followed through with her tragically brave decision, her story went viral and opened up the long-debated subject of death with dignity.

Have you ever wondered when your time on earth will come to an end, and found yourself questioning what the final chapter of your life will be? These thoughts plague a lot of individuals, especially those who have been diagnosed with a terminal illness. What would you do if you were told there was nothing more doctors could do to help you, and that your imminent passing will be long, painful and devastating, not just for you, but your family and friends who would be there to witness it? For 29-year-old Brittany Maynard, the only option was ending her own suffering before it got too bad. Maynard, who was living in Oregon in the US, was diagnosed with a stage-4 glioblastoma, a malignant brain tumour, in April last year. She was given just six months to live. Newly married, she was heartbroken after being told there was nothing doctors could do to help her.

Maynard launched an online video campaign with the non-profit organisation Compassion & Choices, an end-life choice advocacy organisation, to fight for expanding death-with-dignity laws in the US. Faced with her diagnosis and already starting to show the deterioration and pain that her condition would bring, she chose to end her life on 1 November 2014. However, she made it clear in her online video and subsequent interviews that she did not view her decision as committing suicide. “There is not a cell in my body that is suicidal or that wants to die,” Maynard explained. “I want to live. I wish there was a cure for my disease, but there’s not. Being able to choose to go with dignity is far less terrifying for me.” Maynard explained that taking medication and “quietly slipping away” would give her the ability (and choice) to end her life with dignity. On her chosen day, with her husband and family by her side, Maynard was able to end her life peacefully, painlessly and legally, under Oregon’s Death with Dignity Act, which was put in place in 1997. Since its inception, 1 173 people have had “death prescriptions” written under this act; 752 of these have used these prescriptions to end their lives.

“Modern medicine has extended the definition of life to situations where a human being has been reduced to a mere organism that is ventilated, fed and sustained entirely by artificial medical means,” explains Ronald Bobroff, a specialist medical malpractice attorney who has an interest in the topics of artificial preservation of life and assisted death. “Vigorous debate has ensued as to whether such an individual may be described as truly being alive, which has given way to much debate surrounding assisted death and euthanasia.”

In 2010, Sean Davison, a South African scientist living in New Zealand, was charged with attempting to murder his 85-yearold terminally ill mother, Patricia Davison, back in 2006. The world was up in arms, accusing Davison of trying to get rid of his mother when he found out she was terminally ill. He has expressed that he was terribly saddened that his act of humanity towards his much-loved mother was viewed in this light. Although the charge was withdrawn, and dropped to one of procuring and inciting attempted suicide, Davison believes the five months of house arrest he served in New Zealand were unfair, and said in an interview after his sentencing: “At the moment it’s sinking in. For myself, my family and the memory of my mother, I feel very sad. I am now a criminal. I have been convicted of a crime. I did the compassionate thing by helping my mother to her death. I believe any humane person would have done the same thing. I ask myself how, in a civilised society, we can allow this to happen.” After completing his sentence, Davison returned to Cape Town, and determined to take action. He is now championing a change in legislation in South Africa to save others from the bitter experience he had to endure. His passion for this change in legislation has led to the non-profit organisation Dignity South Africa, which advocates giving people the right to choose how they die, if their right to dignity is ever compromised through illness. In 1998, a South African Law Commission was appointed to look into the issues relating to dying well. The commission, which was chaired by Justice Mahomed, published its findings and recommendations, but nothing further was done. According to Dignity SA, this means that, “for the last 15 years, the South African government has not fulfilled its constitutional obligation to respect, protect and promote its citizens’ fundamental human rights”, as seen in the Bill of Rights,

Who would have access to assisted death in South Africa?

Dignity SA has defined precise criteria for a person requesting an assisted death. “We have drafted a bill that we will be able to present to parliament, which is similar to the one currently awaiting its second reading before the House of Lords in England,” says Davison. The current bill that has been drafted for review takes into account only patients who are terminally ill, but Davison hopes this can be extended later. According to this bill, the following criteria need to be met by an individual who is seeking an assisted death:

Lessons from around the world


The Netherlands legalised voluntary euthanasia in 2002, and comparable laws now exist in Belgium and Luxembourg. Switzerland allows physician-assisted suicide, which is practised in Dignitas clinics. Switzerland is the only country which allows foreign nationals to come to the country to die. While assisted death may be illegal in the UK, it is possible for those with the financial means and physical ability to either travel overseas or “engage in non-medical assistance at home”. The Director of Public Prosecutions’ policy has effectively decriminalised “amateur” assistance to die by distinguishing between compassionate and malicious actions. In 1995, the Northern Territory of Australia became the first place in the world to pass right-to-die legislation. The Rights of the Terminally Ill Act lasted nine months before being overturned by the Australian Federal Parliament. Today, voluntary euthanasia and assisted death are illegal in all states and territories of Australia and New Zealand. In New Zealand, a draft bill has now been resubmitted to parliament. Opinion polls show overwhelming support for a law change in New Zealand, with 85% advocating assisted death. In the US, Oregon passed a Death with Dignity Act after a voter referendum in 1997, which is similar to the one Dignity SA, wants to propose for South Africa. The number of assisted deaths in Oregon is about 60 per year, representing 0,2% of all deaths. It is known that elderly people move to Oregon to have the comfort of knowing they can have an assisted suicide, as is the case for some terminally ill patients, such as Brittany Maynard. However, you need to have resided in Oregon for three years to qualify as a resident and be eligible for assisted dying. Three other states now have laws in place to allow for assisted deaths for the terminally ill: Washington, Montana and Vermont. 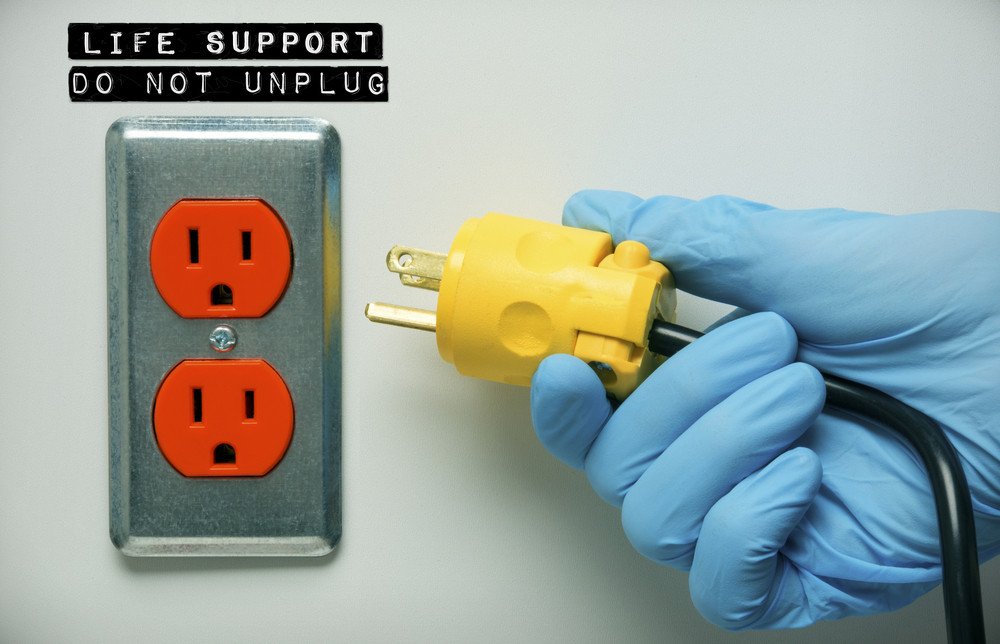 Death is inevitable. We share with all forms of life the certainty of death and time spares no one; all we can do is hope that it is natural for us, without prolonged pain and suffering, but this is not always the case. South Africa’s laws currently prohibit assisted dying and human euthanasia, and it is Dignity SA’s belief that being able to die with dignity should be a choice to which we all have access, if need be. The main aim of offering people assisted death is to ensure that they would have the option to relieve the anxiety surrounding their final days, if they knew it would be a painless and peaceful death, with their loved ones near. Freedom of choice has always been a hallmark of human identity, and not being allowed to decide your own fate restricts this in the cruelest form. According to the Patients’ Rights Council, wherever an assisted death is involved, the promotion of this act rests on two pillars: autonomy and the elimination of suffering. When the issue of autonomy is addressed, those in favour of assisted death feel that because patients have the right to accept or reject medical treatment, so too should they be able to choose when, where, how and why they die. With the elimination of suffering, it is advocated that ending suffering for those who need it should be the primary focus of this act. “It is well established in South African Law that active steps directly aimed at ending life are regarded as murder,” Bobroff explains. Although this is the case, it is believed that this lack of ability for people to end their lives when they are terminally ill is forcing individuals to take matters into their own hands, even when the individuals involved know the legal implications. “There is an ambivalence felt by the courts in certain situations of human tragedy, and given recognition in the imposition of minimal sentences, despite a finding of ‘guilty’.” Bobroff explains that medical caregivers are ethically obliged to minimise the suffering of patients, and the World Medical Association’s Declaration of Venice (October 1983) sets out that, “The physician may relieve suffering of a terminally ill patient and give him the necessary medicaments to mitigate the terminal phase of his illness”. “Professor Strauss, who is the leading commentator in South Africa on medical law, opines that administering drugs to a terminally ill patient would be lawful, even if it has a secondary effect of hastening death, if the doctor acted in good faith and used the normal drugs in reasonable quantities with the object of relieving pain, without the intention of causing death,” Bobroff states.

The commission seemed to recommend that more emphasis is needed in South Africa on pain management and medical care, and specifically that “should it be clear to a medical practitioner or nurse responsible for the treatment of the patient who has been diagnosed by a medical practitioner as suffering from a terminal illness, that the dosage of medication that the patient is currently receiving is not adequately alleviating the patient’s pain or distress, he or she shall, with the object to provide relief of severe pain or distress, and with no intention to kill, increase the dosage of medication to be given to the patient until relief is obtained, even if the secondary effect of this action may be to shorten the life of the patient”.

This article was written by Samantha Parrish and first published in Longevity magazine.

The World Congress of Healthy Aging

Sean Davison; the professor who helped his mother commit suicide and recently assisted South African, Dr Anrich Burger in ending his life will be a speaker at The World Congress on Healthy Aging this coming July 2015. 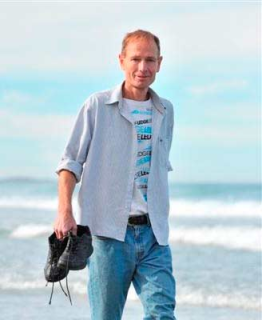 Prof Davison believes in the right to death with dignity and raises important discussions around having the right, not only to live, but to die as well. He is currently Professor in the Department of Biotechnology at UWC, where he heads the forensic DNA laboratory.

Death, As Discussed Over Coffee And Chocolate Cake

Stop Smoking And Cut Your Risk For Prostate Cancer

Lessons From The Grave: Don’t Live With Regret

Death with dignity – or not?