Used in India for thousands of years as both a spice and medicinal herb, part of Ayurvedic medicine, turmeric has grown in popularity over the years. It is a well-researched herb known to be an effective natural method to help improve the way we age.

Sometimes called Indian saffron or the golden spice, turmeric is a tall plant from Asia and Central America. Its bright yellow color is regularly used across the world as a dye. The turmeric available on shopping shelves is made of the ground roots of the plant. The ground turmeric can also be found in curry powder, as well as some teas as well as powders.

Among its various nutrients, turmeric also contains compounds with medicinal properties, the most notable curcuminoids. Of these compounds, the most important is curcumin. Curcumin is the active ingredient found in turmeric that will help provide a healthy and productive 2020.

Health benefits of turmeric in 2020

Yes, inflammation is important. This is because it will help to protect your body as well as repair any damage throughout the year. Short-term inflammation is beneficial, yet anything longer is a problem.

Chronic inflammation has now been credited as playing a major role in the development of chronic diseases such as heart disease, cancer, as well as metabolic syndrome. This is why it’s important to find various ways to naturally reduce chronic levels of inflammation.

According to research published in the Alternative Medicine Review journal, scientists found that curcumin’s anti-inflammatory properties match the effectiveness of common anti-inflammatory drugs, yet without the risk of side effects. As such, curcumin may help to reduce the risk, as well as treat a number of conditions. 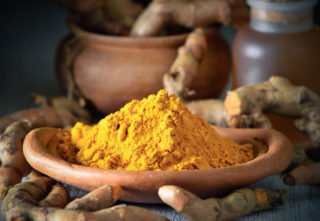 Brain-derived neurotrophic factor (BDNF) is a brain protein that helps to maintain brain health by increasing neurons as well as forming new connections in the brain. In fact, according to studies, high levels of BDNF have been linked to improved memory as well as a reduced risk of  Alzheimer’s disease (1, 2).

Luckily, according to an animal study published in the Behavioural Brain Research journal, curcumin was found to help boost the levels of BDNF in a group of rats. Additionally, a separate animal study published in the Journal of Alzheimer’s Disease found that curcumin may be able to clear away plaques in the brain associated with Alzheimer’s disease.

It may be a new year but heart disease is still the number 1 cause of death in the world. That said, it’s important to take precautionary measures to protect your cardiovascular health throughout the year. One way to do this would be through the use of turmeric.

The endothelium is the lining of your blood vessels and any impairment associated with it results in a heightened risk of heart disease.  This is because it helps to regulate blood pressure. Therefore, it’s important to maintain the functionality of the endothelial and it appears that curcumin can help to do so.

According to a study published in the journal Nutrition Research, curcumin was found to be just as effective as exercise at improving endothelial function.

4. You may reduce your risk of cancer

Over the years, curcumin has been studied as a potential tool to both reduce as well as possibly treat different forms of cancer.

Various research has found that curcumin can help to kill tumor cells as well as inhibit tumor growth in a test tube and animal studies (3, 4).

Additionally, a study published in the journal Carcinogenesis found that curcumin helped to boost tumor sensitivity to chemotherapy in pancreatic cancer.

5. If you have arthritis, you’ll improve your symptoms

Arthritis involves inflammation in the joints and given curcumin’s anti-inflammatory properties, it makes sense that it may help address arthritis symptoms.

A study published in the journal Phytotherapy Research gave people with rheumatoid arthritis either 500 mg of curcumin, 50 mg of diclofenac sodium (a prescription nonsteroidal anti-inflammatory drug), or two in combination. After eight weeks, the researchers noted that the curcumin-only group noted significant improvements in their symptoms when compared with the other two groups. 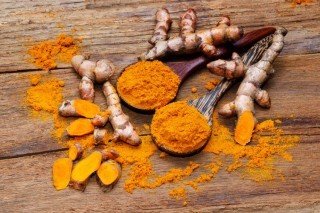 As mentioned, curcumin can help to boost BDNF levels. In fact, depression has been linked to reduced levels of BDNF.

That said, a study published in the journal Phytotherapy Research attempted to analyze the effect of curcumin on depressed individuals. The study randomly assigned 60 patients with a major depressive disorder to one of three groups: one group received daily 20 mg of Prozac, another received 1,000 mg of curcumin, and a third received a combination of the two.  After a period of six weeks, the researchers saw that the group that took both Prozac and curcumin experienced the best improvements.

Additionally, research found in the journal Psychopharmacology also suggested that curcumin can help to boost the levels of both serotonin and dopamine – brain chemicals that help to regulate your mood.

7. You may prevent diabetes

Research has found that curcumin may help to manage as well as prevent diabetes.

For instance, an animal study done on obese mice with type 2 diabetes and published in the Nutrition & Metabolism journal, found that curcumin supplements helped to lower their blood insulin levels.

If your goal is to have healthier, younger-looking skin in 2020, then the secret to perfect skin lies with turmeric.

As a result of its anti-inflammatory, antimicrobial, as well as antioxidant properties, turmeric can help to address a number of skin conditions that include eczema, acne as well as psoriasis.

What’s more, turmeric also contains anti-aging properties. This is because turmeric is able to counter the aging effects that comes with sun damage (5).

1. As a cooking spice

If you’re looking to use turmeric as a cooking spice, which can be bought online or from your local health shop,  you’ll be happy to know how highly versatile the spice is.

It can be added to spice mixtures, homemade dressings, your morning smoothies or even a cocktail. 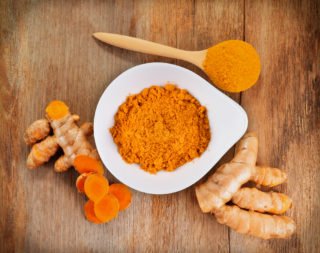 Turmeric is also available as a supplement as each pill contains up to 95% curcuminoids. That said, when buying your turmeric supplement online, it’s important to ensure that it is made from organic turmeric, free of GMOs and that it contains BioPerine as it helps to enhance curcumin absorption.

3. As an essential oil

Turmeric is also available as an essential oil. When purchasing this product, it’s important to purchase a high-quality oil. Additionally, it’s important to always dilute the oil with another carrier oil. Such oils include coconut oil or jojoba oil.

The 5 Best Anti-Aging Fruits For Your Skin and Health