Digital Devices Are Damaging Family Time. Here’s What To Do

Digital devices are damaging family time. A recent Priory poll has found that one in four families in the United Kingdom have arguments every day about the time a child spends on their digital device. Parents estimate their child spends four hours a day on a laptop, tablet or smart phone.

Parents believe digital media is having a negative impact

So you thought it was just your family that argued over this subject. Well, more than half (57%) of the 1,002 parents of 10 to 18-year-olds polled by the Priory Group say they argue weekly about this.

More concerning is that a quarter (24%) say they argue with their child every day.

Fathers (66%) say they are more likely to argue with their child daily, or at least once or twice a week, than mothers (46%).

Some arguments are fuelled by parental concerns over mental health.  92% of parents say that social media and the internet are having a negative impact on the mental health of young people.

Cyberbullying is a huge concern for digital devices

They cite cyber-bullying as their biggest concern (50%), followed by self-esteem issues (41%).  Followed by anxiety over getting enough ‘likes’ and followers (40%) and loss of face-to-face interaction (47%). Loss of sleep (43%) and the fuelling of early sexualization (39%) is also a concern.

In a recent report, Ofcom said that even among 5 to 7-year-olds, 82% use the internet and 70% watch YouTube. 12 to 15-year-olds spent an average of almost three hours a day online. Many prefer to browse the internet, watch YouTube videos and spend time on social media, rather than meet their friends. 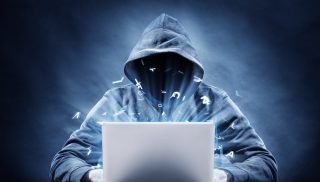 How do I manage this digital dilemma?

Dr Hayley van Zwanenberg, Child and Adolescent Psychiatrist at Priory’s Oxford Wellbeing Centre, says families should always create digital plans. These plans should define where and when a device is used. She said families must ensure they have time to communicate with one another in traditional ways and have conversations without distraction.

“Important emotional skills are at risk of being lost as children lose the ability to socialize in person. They begin to think that they can exercise control at the tap of a key, and receive instant gratification in all things. They lose the ability to read emotions and to empathize.”

It’s that lack of empathy that can result in cyberbullying.  Experts say they also lack restorative sleep.

“My 12-year-old told me that four of his friends are communicating via an online game at midnight on school nights because their parents do not remove their iPads from their rooms and ‘just trust them’. Teenagers need, on average, nine hours of sleep a night, but many are getting considerably less because of internet use.”

“Many young people tell me that they wake themselves up at night to ensure they are not ‘missing out’ on messages.”

Be consistent when it comes to digital rules

Dr Zwanneberg’s advice: Any time limit depends on the young people involved. However, the rules should be absolutely explicit, with consequences agreed for not following them.  It’s important to be consistent with the rules though. Parents must also ‘role model’ appropriately by following those rules that apply to them. 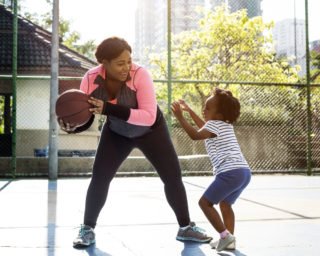 Although young people push boundaries and at times get furious about rules ‘being so unfair’, deep down boundaries make them feel safer. “As a parent, you are absolutely doing the right thing to have clear, so feel confident in enforcing them despite the short-term fallout it might cause. Your children will thank you for it – eventually.”

Is your teen getting enough sleep? Click here to find out more.

How to build personal resilience during this Global Health Crisis

Boost Your Longevity With Asparagus In Your Cooking

Digital Devices Are Damaging Family Time. Here’s What To Do