How Your Face Can Impact Your Career

What you do to and with your face can have a profound effect on the impact you make in your chosen profession or career. Therefore, you should very carefully choose which anti-aging procedures will be suitable for you, and which might sabotage your ambition or calling, says Dr Salome Gurgenidze, co-founder of Johannesburg-based aesthetic practice Radiance for You, who is helping a wide range of patients correct so-called negative facial expressions in a bid to advance their professional lives.

Doctors are pondering the wisdom of the age-old saying that beauty is simply skin deep, she says. It is important to carefully choose and plan rejuvenating procedures, together with your aesthetic doctor, taking into account the image you want to project and the message you want to convey to your clientele, audience, business partners, employees, patients, or even your pupils and students if you are in a teaching job, she advises. 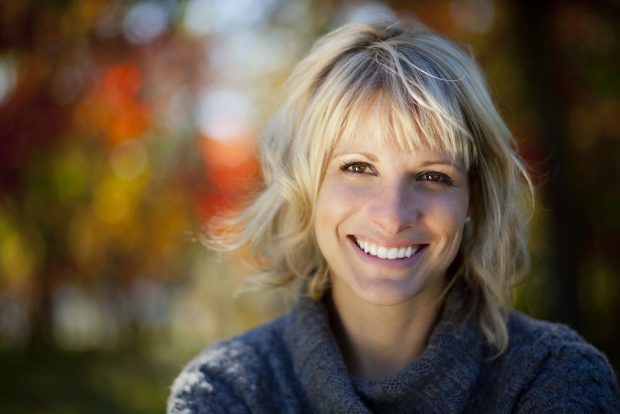 According to an article in the US Allure magazine (April 2015), people make judgments about traits such as trustworthiness, competence, likeability and aggressiveness at a speed of 100ms. It quotes a 2014 study at the University of York in England showing that masculine features such as lower eyebrows and cheekbones are associated with dominance. Other studies quoted showed that high eyebrows, which open up the eye, make an individual seem warm and naïve. Recent research reveals that outer beauty can be just as important as inner beauty, because our inner emotions are all too often revealed in our outward facial expressions – and humans, even at the highest professional echelons, respond to each other on an emotional level. “Humans are a social species, which means our survival depends largely on positive interactions with our neighbours. As with other social animals, we have evolved distinct brain circuits dedicated to bonding, cooperation and predicting the actions of others – much of which is based on our innate ability to recognise and interpret facial expressions.”

Within her practice, Gurgenidze is finding that more individuals are recognising the importance of facial expressions in terms of how they communicate, and, as a result, an increasing number are turning to facial reconstruction or rejuvenation to alter negative facial expressions. “Imagine a politician who needs people to respond positively, but who looks perpetually angry due to a frown line. Or a young woman who is trying to climb the corporate ladder, but who looks always tired due to an unfortunate facial structure that gives rise to tired circles under the eyes. We can help these people, via the use of very limited and minimally invasive practices, by combining treatments such as anti-wrinkle neurotoxins and facial fillers. 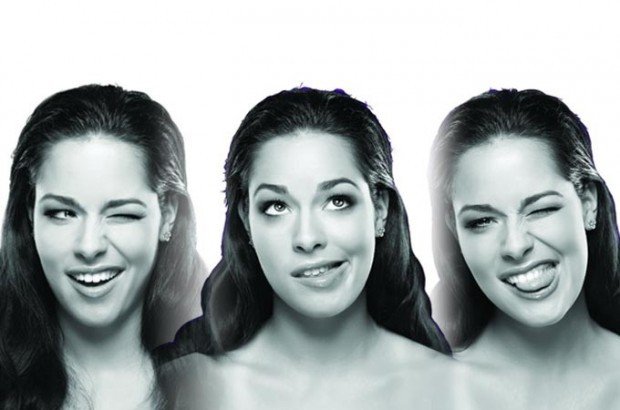 The Juvéderm range of new-age facial fillers, for instance, incorporates specific products which have been developed for specific areas of the face for specific usage, allowing practitioners to achieve a more natural look without affecting the harmony of the facial features of their patients.” Using non-surgical treatments, an experienced aesthetic practitioner can relax frown lines or refresh and rejuvenate the eye area. These seemingly small changes have the potential to alter the course of one’s professional life. Unfortunately, says Gurgenidze, too many aesthetic practitioners do not place enough emphasis on the capacity to retain the ability to express natural emotion when it comes to working on their patients’ faces.

It is for this reason that she emphasises the importance of a light touch. “Many studies have proven that expressions that are frozen – smiles that don’t reach your eyes, for example – are not recognised by our subconscious, and thus will not elicit the desired response.”

It is crucial, therefore, that aesthetic practitioners not only understand the intricate musculature of the face, but also that they use products that have been specifically developed and thoroughly tested over time, not only in terms of their efficacy, but also their long-term safety.

Says Gurgenidze: “The ultimate aim of any aesthetic practitioner is to help individual patients improve their facial features by achieving a positive, harmonious expression or eliminating a negative one, but without losing their individual charm. It is vital that we do not erase facial features or expressions, as this is the basis on which human interaction occurs.”

Your Career & Your Face – Gurgenidze Advises: 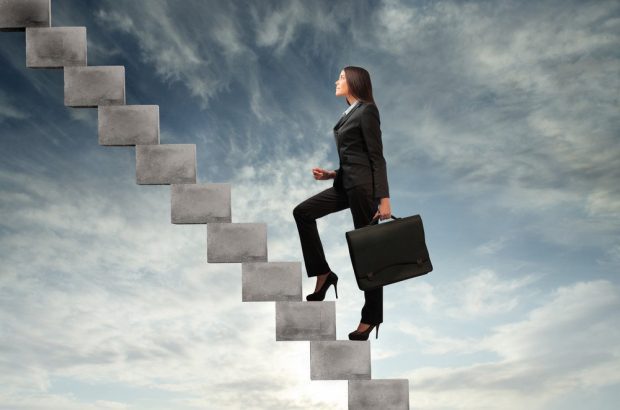 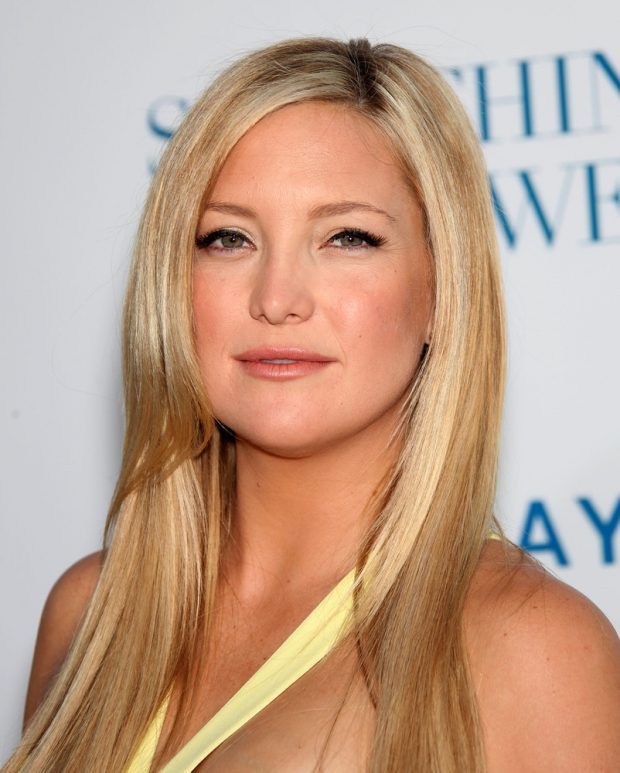 For acting as a career, it is important to keep facial expression untouched.

I would be careful with neurotoxin – it is not advisable for actors to paralyse facial muscles, which are essential for facial expression. Injectable fillers are still advisable, unless the client/actor needs to have a tired or old-looking face for his/ her character (can you imagine Robert de Niro without facial expression?). Rather postpone rejuvenating filler treatment. 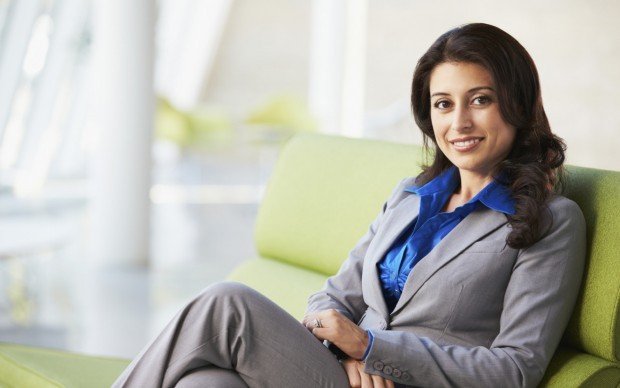 None of the world’s top CEOs show angry, tired faces; they all have happy and inspirational faces. I would recommend leaving forehead movement and not treating it with neurotoxin at all. During conversation and listening, lifting the eyebrows and movement of the forehead are essential expressions.

I would treat crow’s feet partially with neurotoxin; if the smile does not reach the eyes, our brain cannot read the smile correctly. I would fully treat the frown lines with neurotoxin, as an angry facial expression can upset others. Volume loss can be treated with great success, as mid-face volume loss and deep tear troughs under the eyes are signs of exhaustion. 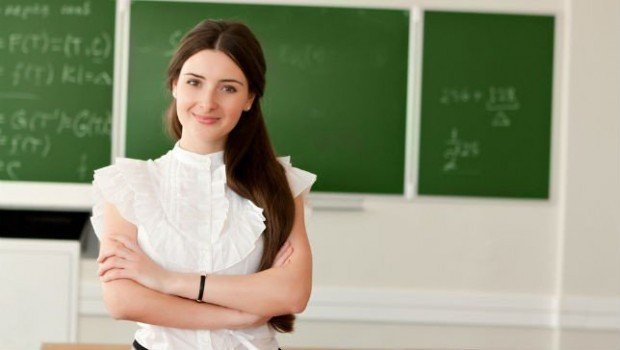 When treating teachers, special care must be taken not to remove the smile lines around the eyes, as this is an important expression for communicating with their students. Lip treatment needs careful attention. Lip augmentation with large amounts of injectable fillers can make your lips disproportional to the rest of your face. Treatment of the lips needs to be done very delicately so as to keep the movement and proportions of the lips as natural as possible, and to avoid the so-called “duck lips”. For the best result, I would recommend treating lips with the Juvéderm range of new-generation fillers. Nasolabial folds, marionette lines and turned-down lip corners can give one a sour and unhappy look. These are very easy to treat with injectable fillers.

Happiness, for example, is displayed through pushed-up cheeks, movements from the muscle that orbits the eye, and the wrinkling of crow’s feet, while sadness is betrayed by drooping upper eyelids, a slight pulling down of the lip corners and a loss of focus in the eyes.

“Some people are fortunate enough always to look happy and radiant, but the reality is that many people live with so-called negative emotions etched on their faces – irrespective of whether or not they are feeling the emotions behind the expressions.

These people are too often prejudged for an expression that is often beyond their control, and this can severely impact on their professional lives,” says Gurgenidze.

She adds that the human brain functions at such an instinctual level when it comes to emotional responses that most of our emotions are betrayed on our faces and through our body language before we are even able to process them. And because we are a social species, those around us pick up on those emotional cues, albeit subconsciously, just as quickly.

Scientifically, this theory is based on the discovery of so-called “mirror neurons”, which were discovered in 1995 by a group of researchers in Italy, led by Giacomo Rizzolatti. These “mirror neurons” basically cause us to subconsciously mirror someone else’s actions by producing a similar state in an observer’s brain to the state that they observe – such as a smile, or a frown. The circuits to and from the “mirror neurons” operate instinctively, recognizing and interpreting not only “normal” facial expressions, but also micro facial expressions that may flash for only one-fifteenth or even one twentieth of a second.

Even those trained in hiding their facial expressions, such as high-level poker players, will “leak” some emotional response through micro expressions, initiating an automatic and subconscious response from those watching. While emotion normally leads to expression, it has also been proven that expression can lead to emotion. In his Facial Feedback

A hypothesis study in 2002, Robert Soussignan proved the notion that the construction of an expression will produce the subjective feeling of an emotion.

Basically, says Gurgenidze: “If you force your face to look sad or angry, the rest of your body will react as well, and you may involuntarily begin to feel those emotions. A look of anger will make your heart speed up and your blood vessels dilate, until your skin turns red; a look of fear can make your hands cold and clammy, and your hairs stand on end; a look of disgust can make you feel nauseated.”

Here’s Why Dragon’s Blood Is Perfect For Anti-Aging

Elsa Krüger is a journalist and beauty writer with almost four decades’ experience of newspapers and magazines and even a short-lived stint as a government spin-doctor. This permanently cured her from politics – lipstick and mascara are more honest and do much more for you!

Elsa has a passion for the beauty industry and the science of beauty because of its constant new breakthroughs and exciting developments. She abhors age-ism and believe that beauty is not about anti-ageing; it is about how well you age. Managing and shaping graceful ageing is within every woman’s personal control.

Besides writing on beauty and related topics for various Afrikaans and English women’s magazines, including Longevity Magazine, she has recently launched her beauty website www.mooipraatjies.com – the first independent site in Afrikaans, aimed at women over 40.

How Your Face Can Impact Your Career