Finally Found The Pot Of Gold North Of Watamu Kenya

Finally found the pot of gold I’ve been looking for! Okay, jokes aside. Even though I am Irish, there really is an amazing place north of Malindi, Kenya, called ‘The Golden Beach.’ I didn’t believe it either until I stepped foot onto the beach sand. It literally glitters gold. Or should I say, ‘fools gold’? Either way, this is a very special beach and I am obsessed with its shine. Could it really be gold?

Of course, it is in my nature to want to know exactly why something is the way it is. I mean, when you walk onto a beach, you expect to see the usual waves and sand. But when you get closer to the water on this beach, you can see the beach shining. Better yet, the waves also glitter with this unusual golden metal powder. Right there, I had so many questions.

What is this gold glitter? Could it be real gold? Is it good for my skin?

Let’s try to get to the bottom of this. That’s the thing – Africa has so many unanswered questions, hidden gems and beauties that are still unexplored.

Finally Found The Pot Of Gold

The ‘Golden Beach’ is located 35 km north of Watamu. It is also singular for its unique length of about 12 km. This extraordinary beach lies just north of Malindi in the most fascinating areas of the Swahili coast.  You will also find the village of Mambrui,  near the mouth of the river Athi-Galana-Sabaki here.

Apparently, it glitters gold because of the strong presence of pyrite, giving it a golden effect. The scene is the most breathtaking at dawn and at dusk. This territory is still largely virgin and there are very few resorts located on the beach. The beach has its wild charm which will make you want to come back time and again for peace and tranquillity.

The universe is saying to you… Reorganize your priorities and take responsibility for every aspect of your life.🌸🌸🌸 **** Focus upon your own energy and be your own powerful guide. Do not accept less than you have the potential to be.🙏 **** Commit yourself to a more loving, giving and enriching life. All the power you need to create the life you love is found inside of you. _____ Channel this power through something that moves you. Look at the amazing Skyezee Combo that gives you both the Jump Fit Kit and Program in one. Visit @www.skyezeefashionfit.co.za or send me a dm. 🌞 P. S. This is the shiny golden beach found in Che Shale Kenya. 🎥 Subscribe and try out my beach workout. Link in my bio. ♥️

Pyrite is a brass-yellow mineral and has a bright metallic lustre. It has a chemical composition of iron sulfide (FeS2) and is the most common sulfide mineral. It forms at high and low temperatures and occurs, usually in small quantities, in igneous, metamorphic, and sedimentary rocks worldwide. Pyrite is so common that many geologists would consider it to be a ubiquitous mineral. However, if you’re like me and you’re a newbie to prospecting gold, you might very well mistake it for the real thing.

I guess that’s why they call it fools gold, because it could’ve fooled me. 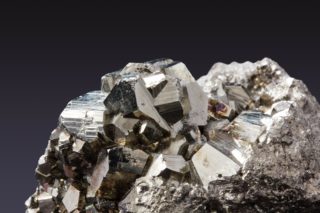 In fact, the name ‘pyrite’  comes from the Greek word ‘pyr’ which means ‘fire.’ This name was given because pyrite can be used to create the sparks needed for starting a fire, if it is struck against metal or another hard material. Apparently, pieces of pyrite have also been used as a spark-producing material in flintlock firearms.

The mineral has the nickname, ‘Fool’s Gold‘, because it’s often mistaken for gold by inexperienced prospectors. Well, at least we finally found out why. However, pyrite is often associated with gold. The two minerals often form together, and in some deposits, pyrite contains enough included gold to warrant mining. In addition,  it is harder than other yellow metallic minerals, and its streak is black, usually with a tinge of green. It often occurs in well-formed crystals in the shape of cubes, octahedrons, or pyritohedrons, which often have striated faces.

You see, I told you there was more to the beautiful beach.

So, of course, my first mission has been to try and find out whether or not this glitter has an effect on our health or skin. I am not sure if there is necessarily any concrete, scientific studies behind this but there’s definitely some research and anecdotal information to suggest its health benefits. 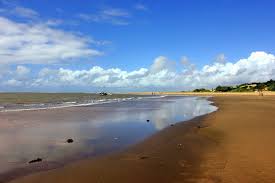 Apparently, the mineral has a wide variety of healing properties and energies, particularly protective qualities. A variety of sources say that pyrite is a protective, shielding stone and is excellent to wear or carry as an amulet to deflect harm and danger. I don’t know if this true or not, but, we could all use a little more protection in our lives if it is. Reportedly, it is also especially helpful when one is away from home or performing hazardous work.

Pyrite has also been said to help with balancing energy, fighting disease, strengthening the immune system and circulatory system as well as improving your emotional spirit and state. Some say that pyrite can even shield the body from environmental pollutants and contagious diseases. You see, I knew I had struck gold!

It might also be useful in fighting colds, flu, viruses, skin diseases and fungal infections. So, if you think you are exposed to highly infectious diseases, then this might be something to try. People in natural medicine and healing have also used it to lessen fever and reduce inflammation in the body. I finally found out that pyrite is said to increase the oxygen supply to the blood. It also strengthens the respiratory and circulatory systems. 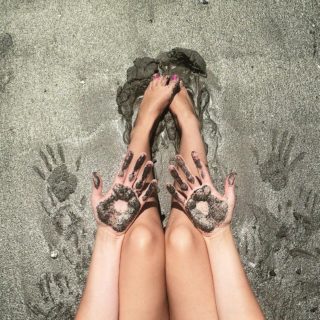 Therefore, if you suffer from asthma then it might help alleviate asthmatic systems. Or, maybe you’re prone to lung infections like bronchitis? Something worth considering, Rumor has it, that it might even assist in treating bones, both in structure and cell formation.

Apparently, there is an array of healing benefits, so if you’d like to research more, go for it! I am certainly going to. If you’d like to experience one of the prettiest beaches around then I’d highly recommend ‘The Golden Beach’ on Kenya. After swimming in some gold, it’s no wonder your body feels invigorated! I finally found a golden place that we can all benefit from.

Move your body with intention this year instead of doing it purely for the sake of burning calories. This will act as a more sustainable method of keeping your body in shape and one you’ll benefit from mentally.

6 Ways Your Body Gets Better With Age

Finally Found The Pot Of Gold North Of Watamu Kenya