You Don’t Need To Win A Genetic Lottery To Live Younger, Longer

Having a younger, longer life is not a genetic lottery. That’s only about a quarter. The other three quarters have to do with the choices you make every day.  The choices about what to eat and how to live your life. It turns out peer pressure might help with these choices.  Individuals in certain regions around the world tend to live longer and younger than the population at large. These regions are often referred to as ‘Blue Zones’ and we can learn a lot about our own lifestyles from the people who live in them.

What Can We Learn From Nicoya, Costa Rica?

An often overlooked blue zone is the Nicoya Peninsula of Costa Rica. The country is protected by a national healthcare plan that provides universal healthcare to all its citizens and permanent residents. However,  access to healthcare doesn’t explain why people in this 80 mile stretch of land have high levels of longevtity.

According to bluezones.com, the water  in this region contains more calcium than anywhere else in the country. This could have a positive impact on overall health. Centenarians in this region also consume very little meat or added fats. Just 5% of their diets are meat, fish, or poultry, and just 2% of their added fat. The indigenous diet is full of wholesome grains, vegetables, fruits, and dairy. There is also an emphasis on the ‘three sisters’ of agriculture: corn, squash, and beans.

Yet one of the community’s secrets to their longevity may be credited to their sense of purpose and community. Residents of this area take their ‘plan de vida’ or ‘life plan’ very seriously. Many of them enjoy lifelong work without stopping, lending to a strong sense of purpose. Vigorous physical activity is a part of daily life. This takes the form of work or chores. Multiple generations of families tend to live together, giving everyone a greater sense of purpose and connectedness. Neighbors check in on each other and social networks take place in real life.  They enjoy purpose, connectedness, and community.

What Can We Learn From Loma Linda, California?

We all like to think that the coastal lifestyle in California has to be better for us than the factory farming midwest, but as it turns out there’s more to the story than that. In many places in California the lifestyle isn’t as great as you might think. Sure, they have ocean views, but they can literally reach out their bedroom windows and almost touch their neighbors’ houses. The streets are crowded. Tensions can run high even in beautiful oceanfront parks.

In Loma Linda, the population is a close-knit community of Seventh-Day Adventists and health is a key factor in their religious practices. However, there are plenty of other reasons as to why they live an additional decade over the average U.S. lifespan. 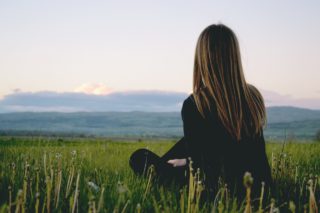 A Much-Needed Break will Help You Live Younger

According to bluezones.com, the approximately 9000 Adventists in Loma Linda represent the epicenter of America’s blue zones. This is thanks in part to their Biblical vegetarian diets, regular exercise, and abstinence from alcohol and tobacco. It’s believed the 24 hour Sabbath period provides a much-needed break from the rest of the week. Sabbath also offers them with an opportunity to re-center and connect with their community.

Daily walks are among some of the healthy habits practiced by these Adventists.  This shows that even simple, regular exercise can make a major difference in your overall health and lifestyle, with no Crossfit needed. Spending time with your community is also one of the demonstrated ways to increase your overall well-being. It  decreases stress and helps to build a strong safety net within your community. On top of all of these lifestyle choices, Adventists also like to volunteer. This then ensures that older folks maintain a strong sense of purpose and ties to the community.

A daily diet of vegetables, fruits, legumes and soy

The Adventists’ diet contains very little meat, poultry, and fish.  The vast majority of their daily diet consists of vegetables, fruits, legumes and soy. Dairy and even grains are consumed in very small quantities, flipping the typical American diet on its head. Drinking plenty of water is another secret of this younger living population. 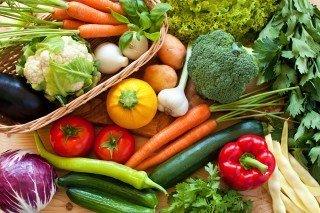 The Centenarian Population Is Growing

In 2015 there were fewer than half a million centenarians, but by some estimates that is expected to reach nearly 3.8 million by 2050. Medical science has made major advances worldwide in the eradication of certain diseases, and it’s just a matter of time, many believe, before we have a cure for cancer. On top of all that, we have a greater understanding than ever of how to hack into our lives as it were.

The human genome was only completely mapped in 2003, and since then we have continually gained a greater and greater understanding of the underlying causes of many of our strengths and weaknesses. As we continue to gain new information about the human genome, we will be able to gain even more insight into the power of lifestyle changes on our longevity.

The more knowledge we gain on the subject of wellness, health, and longevity, the more we can apply it to our daily lives. We all know, for example, that drinking plenty of water is important. But now we know by looking at the folks in Loma Linda, California that drinking plenty of water can literally mean the difference between long life and untimely death. We have a measurable cause and effect on this one data point, and if that doesn’t motivate you to go refill your water bottle right now I don’t know what will. 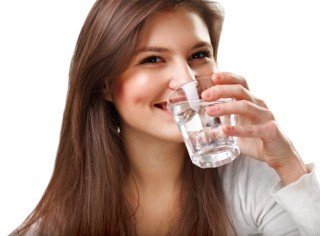 Eat Meat or Not?  That is the Question When it Comes to Living Younger

Diet-wise, there’s enough information out there to understand that what we typically think of as a healthy diet — meat or some sort of protein at almost every meal, lots of whole grains, multiple servings of dairy every day — is more of a way to keep the population fed and not starving than it is a means of optimal health. It’s true that we have to think about how to produce enough food for the entire population, especially one that is growing.

Add Years to Your Life and Life to Your Years

It is also true that the jury is still out on many environmental aspects of a vegan or vegetarian diet. While we like to think that eating only plant matter is better for the environment, shipping massive amounts of food from a place with a 300 day growing season to a place with a 100 day growing season probably isn’t super sustainable. In other words, if we all went vegan, we likely wouldn’t be able to sustain the growing population, which could eventually lead to much worse overall health for the entirety of the world’s population.

That said, making reasonable dietary changes and sticking with them can definitely add years to your life and life over the years. Making small, incremental changes can help you stick to it longer. Start today with an extra glass of water each morning when you wake up. Then maybe add a little yoga at your desk during lunchtime. Take a walk after dinner. Even small changes can add up to a major lifestyle change over time.

Well-Known Centenarians Have Some Advice For Us

Trudi Fletcher, who lived to be nearly 104 years old, said the secret to her longevity was, “Attitude, attitude, attitude.” To be sure, having a positive outlook on life can give you greater overall happiness, but it appears to also have some sort of affect on your health and well-being, too. This is measurable in both the Loma Linda and Nicoya populations. In Nicoya, the “plan de vida” or life plan has been a measured factor in longevity of that population. In Loma Linda, community connectedness and volunteer opportunities have much the same effect. Maintaining a positive and healthy outlook on life can keep you healthy for a long time.

Exercise is important, but how much?

Louise Calder, who lived just past her 105th birthday, said the best piece of advice she could give to live a long life was to “Move it or lose it.” Of course, daily exercise is an important piece of the health puzzle, but does the intensity of the exercise matter? In the Nicoya Peninsula residents get daily vigorous exercise thanks to the terrain of the region, which is similar to another world blue zone in Ikaria, Greece where the terrain is rough and mountainous. But in Loma Linda, while people are exercising daily, it’s not exactly rough mountain terrain. Even just daily walking and hiking can have a serious impact on your overall health and longevity.

Richard Overton, who lived just shy of his 112th birthday, told people, “Just keep living, don’t die.” Overton received the Presidential Medal of Freedom and was a World War II veteran whose positive outlook on life demonstrated the power of positivity and mind over matter. In short, believing you are going to wake up tomorrow might help you achieve it. We can see this in the “plan de vida” of the inhabitants of the Nicoya Peninsula in Costa Rica. Having a plan for your life might make you live younger, longer because you have a reason to keep going. You don’t want to let people down who might be depending on you to achieve that dream.

Are You Prepared To Live To 100 And Beyond?

Living to 100 and beyond isn’t that far out of reach for most of us. With the access to medical technology and nutrition that we have today, there’s almost no excuse for us not to live to 100. There are gyms on every corner, and even just going for a walk after dinner can greatly enhance your health and well-being.

d beyond. Working on a sense of purpose and direction in life is crucial. Having a fulfilling and rewarding career is one part of the sense of purpose, but it’s also important to nurture your social circle and to build a strong sense of community around you. Maintaining strong social ties cuts down on feelings of emptiness and isolation and can keep you going long after your career is winding down — unless you want to keep working until 100, too!

Chances are you or someone you know could live to be 100, and wouldn’t that be great? Learn more about blue zones and the inhabitants who break all the rules from the infographic below. There’s a lot we can learn from these folks that can easily be applied to our own lives in order to make us happier, healthier, and more fulfilled. Are you ready to start your journey to 100 and beyond?

The Okinawa community also has a younger, longer life. You can too by reading about their dietary habits.

You Don’t Need To Win A Genetic Lottery To Live Younger, Longer