Halle Berry took Hollywood by storm the day she emerged from the ocean in James Bond. Today at 50 years old she is still as gorgeous as ever. Being diagnosed with diabetes early on has motivated to take care of her body.

At 19 years old Halle Berry collapsed on set while filming Living Dolls in 1989. She was soon diagnosed with what was thought to be type 1 diabetes, later to be re-diagnosed with type 2. After feeling significantly weak during filming, “I thought I could tough it out, but I couldn’t have been more wrong,” Berry told the Daily Mail, “One day, I simply passed out, and I didn’t wake up for seven days, which is obviously very serious.

Diabetes caught me completely off guard,” she explains. “None of my family had suffered from the illness and although I was slightly overweight in school, I thought I was pretty healthy. She was told she would need daily insulin injections for the rest of her life, as well as a complete overhaul of her diet.

The Risk of Uncontrolled Diabetes

And just in case she had any doubts about making such big changes, the medics spelled out exactly what uncontrolled diabetes could mean. “They told me I might lose my eyesight, or I could lose my legs. I was scared to death, I thought I was going to die.” They explained that due to excess sugar in the body diabetics can suffer kidney failure, have a five times higher risk of developing heart disease and 80 per of people with diabetes will die from cardiovascular complications.

“I went into hospital on my 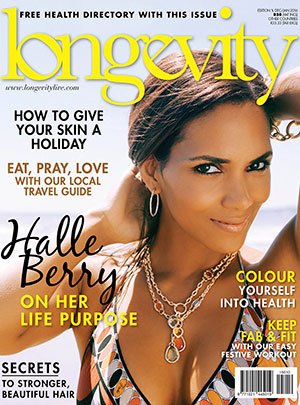 last breath, and came out feeling a hundred times better. I knew it was time to take better care of myself and I can honestly say that I am a healthier person than I was before I was taken ill.”

Berry proceeded to cut out all sugar, red meat and processed foods. She created a new diet for herself loaded with fresh vegetables, chicken and fish. One of her favourite dishes became grilled tuna with garlic and mashed potatoes. She began to take better care of herself in many ways. She reduced stress and began an exercise regime with Robert White as well as taking up yoga.

On Bravo TV Berry announced, “I’ve managed to wean myself off of insulin.” Like many she is now controlling her insulin sensitivity with diet and lifestyle. She even had a perfectly healthy pregnancy at aged 46 without any insulin support.

Exercise For At Least 30 Minutes Daily

Berry recently told LA Times “As I get older, I am more conscious of what I eat.” Today Berry has cut out the bread, pasta and other processed grains. “I have never worked out with a lot of weights unless I had to for a film role. Left to my own devices, I just do cardio. I do exercises that involve my own body weight, because I never want to get too muscly. When my work schedule permits, sometimes I work out with a female trainer. No matter what, every day I exercise for at least 30 minutes.”

Berry told Entertainment tonight, “I have never abused alcohol, I have never done drugs, I do not smoke and I exercise. And I think that the way you treat your body and what you put in it, I think is what shows on your face and that’s really I think the secret.”

Cook At Home But First, Slow Down When Eating