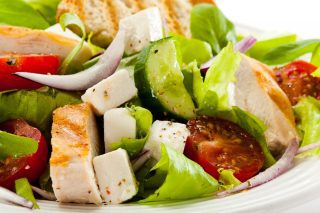 NUTRITION AND DIET HAVE LONG COME UNDER SCRUTINY – THERE ARE A NUMBER OF WELL-RESEARCHED AND SCIENTIFICALLY PROVEN WAYS OF EATING HEALTHILY. STUDIES HAVE BEEN CONDUCTED INTO THE HUNTER-GATHERER DIET, THE MEDITERRANEAN DIET, THE PALEO DIET AND MORE. RECENTLY, THERE HAS BEEN MUCH RESEARCH INTO THE HIGH-PROTEIN, LOW-CARB, HIGH-FAT WAY OF LIFE. WE DECIDED TO GET THE VIEWS OF THREE EXPERTS IN THEIR FIELD ON THIS SUBJECT. HERE’S WHAT THEY HAVE TO SAY.

Professor Tim Noakes is director of the UCT/MRC Research Unit for Exercise Science and Sports Medicine in the Department of Human Biology, Faculty of Health Sciences, at the University of Cape Town (UCT). He is also the Discovery Health Chair of Exercise and Sports Science at UCT, and is co-founder and executive co-director of the Sports Science Institute of South Africa.

For 33 years I ate the low-fat, high-carbohydrate, so-called “healthy” prudent diet that began to be promoted after 1977 by the United States Department of Agriculture (USDA). During the same time, I was physically active, completing a total of 70 marathons/ultramarathons. Despite all of this “healthy” eating and vigorous exercise, by December 2010 I was not healthy, and my running had become laboured and, frankly, unenjoyable. I presumed that this was simply the result of my advanced age (61 years). By a series of fortuitous events, I read the book The New Atkins for a New You, written by three US scientists whose work I had followed and respected over the years. I decided to follow their eating advice. The transformation in my physical state was miraculous. My running improved to what it was when I was 20 years younger, and a number of minor medical ailments that I had suffered for decades dramatically resolved. Despite all my running and not eating much fat in my diet, I discovered that I had developed Type-2 diabetes mellitus (T2DM), as had my father, an uncle and an aunt.

Now three-and-a-half years later, I finally understand why. I inherited from my father an insulin-resistant body. While I have been insulin-resistant all my life, the condition advanced to T2DM only after decades of eating the “healthy” low-fat, high carbohydrate diet that I had followed and advocated for 33 years. Had I, for all those years, rather eaten the high-fat diet that I now follow, I could not have developed T2DM. From my reading and personal experience I now conclude the following:

Dr Riaz Motara is a specialist physician and cardiologist based at Melrose Arch. He runs The Women’s Heart Clinic and Vein-Sculpt, the only dedicated varicose vein clinic in the country. Motara has a keen interest in integrative and functional medicine.

High-protein, low-protein, high-fat, low-GI, Atkins, Paleo, Dr Cohen … the list is endless. People all across our country are asking: “Should I be on a high-protein or a low-protein diet to lose weight?” Experts, many with credentials, will encourage you in both directions. In order to understand the epidemic proportions of adult and childhood obesity, diabetes, hypertension, stroke, cancer and autoimmune disease, we need to go back in history. Post-World War II, a number of changes occurred in our diet. The first is that we changed the way cows were fed. From being grass-fed, cows are now fed grain and soya, which is rich in inflammatory omega-6. Secondly, we are consuming more complex, refined sugar and starch than ever before. Thirdly, we are consuming a nutritionally deficient diet that is devoid of all the micronutrients our bodies so desperately need. Seasonal fruits are available all year round, held in cold-storage and artificially ripened. One of the most important reasons for the popularity of high protein diets is they work temporarily – people lose weight fast – but it’s mostly water. High-protein, low-carb diets are associated with a number of negative effects on the body. High-protein loads cause a ketosis, or an acidic environment, in the body. In an acidic environment, our hormones and enzymes don’t function at optimal levels. Our cells are more likely to be damaged and we are more likely to age at a faster rate. High-protein diets are also associated with a higher risk of osteoporosis and kidney failure.

High saturated-fat diets also have similar concerns. Eating a high saturated-fat diet does not make you gain weight. The problem with saturated fat today is that it is rich in omega-6, which increases the risk of high cholesterol levels, heart disease and stroke. The ideal nutritional plan should follow the “food pyramid”, which should include a diet rich in simple carbs as its base, followed by protein products, and topped with concentrated fats and sweets. At least 50% of our diet must be consumed raw. This can be in the form of a salad with each meal or a juice (eg apple, celery, kale, cucumber, a carrot, all juiced together). Eat a moderate amount of protein and fat rich in omega-3. Avoid, at all costs, all the refined, processed carbs and starches. Avoid carbonated drinks with harmful artificial sweeteners.

The revival of the carb is not something new – low-carb, high-protein diets have always been popular for quick weight loss. There is no doubt that this way of eating leads to fast weight-loss results. This is why they will always be popular. They are huge money-spinners. Can this way of eating ever become a way of living? For those like Tim Noakes and some of the Paleo followers, it certainly can. They do it all the time, and regular training is a way of life for them. They live a healthy life, and go to great lengths to prepare good, clean food. The problem arises when the man in the street who has a weight problem, with the related health risks, is attracted to the idea of eating large amounts of meat, butter and cream, his favourite foods. He has no problem with cutting out carbs for a period of time, because it is replaced with his favourite fatty foods. The body now runs on fat as a fuel source and not carbohydrates, and soon, this person has cravings and starts to reintroduce carbs. Where a normal-functioning metabolism would not use carbohydrates to make fat, this person has now trained his body to use fat as preferred fuel and turn all carbohydrates to fat. This is why so many people who have followed some kind of high-protein, low-carb diet gain back all the weight, plus a few extra kilos, as soon as they eat a balanced diet again. I personally believe that this is not a decision to take lightly and not a decision you can go back on; the risks are too high and the odds will then be against you. Diets that are rich in starchy foods (such as grains and cereals in minimally processed forms, legumes and root vegetables) help to protect against the development of non-communicable diseases, such as heart disease, diabetes and cancer, through a variety of mechanisms. Some of the protective mechanisms include the replacement of fat, especially saturated fat (found in animal foods such as meat, butter and cream) with plant material. Very current research published in the journal Cell Metabolism (March 2014) looked at more than 6 000 people ages 50 and older, and followed them for 18 years. They found that people aged 50 to 65 who ate a diet rich in animal proteins during their middle age were more than four times as likely to die of cancer during the study period than those who ate a low-protein diet. The risks of a high-protein diet are even comparable to smoking, the researchers said. People who smoke are four times more likely to die of cancer compared with non-smokers.

“This may make you lose some weight, but it is not a good diet to increase lifespan,” said the researcher, Valter Longo, professor of biology at the University of Southern California (USC) and director of the USC Longevity Institute. In conclusion, the scientific evidence on low-carbohydrate diets has been reviewed by several authors. They have all demonstrated that low-carbohydrate diets are not sustainable. They often do not contain sufficient dietary fibre, thiamine, folate, vitamins A, E and B6, calcium, magnesium and potassium, which may lead to ketosis, raised blood uric acid, dehydration, gastrointestinal symptoms and hypoglycaemia. Patients in my practice who mostly follow a high-protein, low-carbohydrate diet almost always suffer from IBS (irritable bowel syndrome). The reason for this is that a diet with enough carbohydrates has a good amount of dietary fibre, oligosaccharides and resistant starch to stimulate fermentation in the colon, contributing to health by having a positive effect on stool volume and frequency, beneficial bacteria growth, the production of substances (such as butyric acid) that protect against colon cancer, the absorption of calcium and the strengthening of the immune system. As a result of the high intake of saturated fat in high-protein, high-fat diets, potential long-term effects include detrimental changes in serum lipids (increase in LDL cholesterol and decrease in HDL cholesterol), with an increased risk of cardiovascular disease, as well as the metabolism of calcium from bones, because of the chronic metabolic acidosis and the consequent effects on bone health. Therefore, it is unfortunate and irresponsible that low carbohydrate diets are promoted aggressively in South Africa, especially against the background of our burden of disease. There is no good reason to limit the intake of cereals, and specifically wholegrain cereals with little added sugar, in the diets of both children and adults. With genetic testing available, dieticians test the DNA, and can personalise diet, nutrition and exercise advice according to your unique genetic make-up. Some patients actually require a higher amount of complex carbohydrates, because according to their genetic profile, it has a protective effect against obesity. If any plan promotes a one-size- fits-all, it’s already a red -flag. If individuals have to follow a low-carbohydrate diet, according to their genetic pro_ le, necessary adjustments to vegetable and dairy intake should be made in an effort to increase dietary adequacy and the protective effects against non- communicable disease.

Has Everything We’ve Been Taught About Aging Wrong?