Is Coconut Oil As Healthy As It’s Cracked Up To Be?

You may be one of many, like me, who bought into the idea that including a copious amounts of coconut oil in your diet is super healthy for you.

But is coconut oil really as healthy as it has been cracked up to be?

So I started researching the topic in more detail. I found many references to support the use of coconut oil, but still more to suggest that a moderated approach is needed when it comes to including it in your diet.

Indeed, Julie Corliss, Executive Editor, Harvard Heart Letter  wrote a column entitled “Cracking the Coconut Oil Craze.” Citing various studies by specialists at Harvard, she says coconut does have some unique qualities that enthusiasts cite to explain its alleged health benefits. But the evidence to support those claims is still very thin.

Quoting Dr. Qi Sun, assistant professor in the Department of Nutrition at the Harvard T.H. Chan School of Public Health. “If you want to lower your risk of heart disease, coconut oil is not a good choice,” he says. It’s true that coconut oil tends to raise beneficial HDL cholesterol more than other fats do, possibly because coconut oil is rich in lauric acid, a fatty acid that the body processes slightly differently than it does other saturated fats.”

It seems there is little if no evidence that consuming coconut oil can lower the risk of heart disease. According to Corliss an article in the April 2016 Nutrition Reviews. titled “Coconut Oil Consumption and Cardiovascular Risk Factors in Humans,” reviewed findings from 21 studies. Most of which examined the effects of coconut oil or coconut products on cholesterol levels. Eight were clinical trials, in which volunteers consumed different types of fats, including coconut oil, butter, and unsaturated vegetable oils (such as olive, sunflower, safflower, and corn oil) for short periods of time. Compared with the unsaturated oils, coconut oil raised total, HDL, and LDL cholesterol levels, although not as much as butter did.

These findings jibe with results from a study by Dr. Sun and colleagues in the Nov. 23, 2016, issue of The BMJ, which examined the links between different types of saturated fatty acids and heart disease. Compared with other saturated fats (like palmitic acid, which is abundant in butter), lauric acid didn’t appear to raise heart risk quite as much. But that’s likely because American diets typically don’t include very much lauric acid, so it’s harder to detect any effect, Dr. Sun notes.”

What other food you are eating?

Your own dietary context is very important when it comes to considering adding or taking away food from your diet and in this case when assessing the value of coconut oil as part of your own diet.

“Coconut oil proponents point to studies of indigenous populations in parts of India, Sri Lanka, the Philippines, and Polynesia, whose diets include copious amounts of coconut. But their traditional diets also include more fish, fruits, and vegetables than typical American diets, so this comparison isn’t valid.”

Is the coconut oil you are buying the real deal?

The origin and processing of your coconut oil product is an also a consideration. Check the labels of the product you are buying. There is a lot of inferior product on shelf that has little nutritional value.

Some of the coconut oil available in stores is labeled “virgin,” meaning that it’s made by pressing the liquid from coconut meat and then separating out the oil. It tastes and smells of coconut. Unlike the refined, bleached, and deodorized coconut oil made from the dried coconut meat used in some processed foods and cosmetics.

Virgin coconut oil contains small amounts of antioxidant compounds that may help curb inflammation, a harmful process thought to worsen heart disease. But to date, proof of any possible benefit is limited to small studies in rats and mice, says Dr. Bistrian.

In contrast, there’s a wealth of data showing that diets rich in unsaturated fat, especially olive oil, may lower the risk of cardiovascular disease, Dr. Sun points out. The evidence comes not only from many observational studies (like those in the aforementioned BMJ report), but also a landmark clinical trial from Spain, which found that people who ate a Mediterranean-style diet enhanced with extra-virgin olive oil or nuts had a lower risk of heart attack, stroke, and death from heart disease than people who followed a low-fat diet. 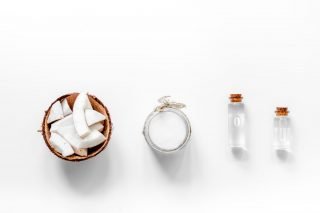 There are also many studies over decades that support the health benefits of a Mediterranean diet and associate it strongly with longevity. So if you want to reduce your intake of butter, rather use extra virgin olive oil instead.

It could also be argued that it’s healthier to cook with coconut oil than with olive oil. However, depending on who you are, your general diet  and your state of health this should be weighed up.

Not all oils are created equal

If you are going to consume coconut oil or olive oil then you need to really take note of what you are buying as there are some real differences in products you choose.

As with most everything in life, moderation is key.  I am personally not going to ditch coconut oil from my own diet.  And if not to ingest, you may want to keep some on hand for other uses.

Surprising and useful ways to use coconut oil

You can use it to sanitize and condition leather goods. It’s great to use to season your cast iron pots and pans. Use it to clean the inside of your car, it also conditions it. Coconut oil is a safe, gentle way to clean your hands after using oil-based paints. 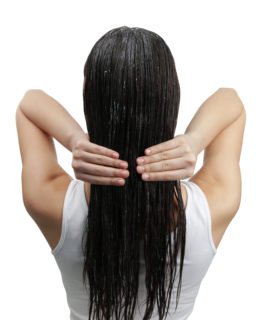 Use it as a lip moisturizer to prevent chafing. Coconut oil’s vitamins and fats help to nourish your hair from its roots. It nourishes the scalp and promotes the growth of shiny hair.

Is Coconut Oil As Healthy As It’s Cracked Up To Be?