The Link Between Sleep Deprivation And Anxiety In Children

When you don’t get enough sleep, how do you feel? If you’re like most people, sleepiness makes you feel grouchy, irritable, prone to anxiety, and easily frustrated. Even when you’re normally even-tempered, not getting enough sleep can turn you into someone rather unpleasant to be around.

The same goes for children. How many times have you chalked up your kids’ behavior to being tired? We’ve all been around little ones who are in desperate need of a nap, and their temper tantrums, defiance, and inability to control their emotions. In most cases, a few hours of rest helps little ones return to their normal, sweet selves. But what happens when children have trouble sleeping on a regular basis and don’t get as much rest as they need?

Regardless of which comes first, the link between sleep deprivation and anxiety among young people is cause for concern, especially given that research has revealed a serious sleep deprivation problem among American children. According to a survey by the National Sleep Foundation, 2 out of every 3 children under age 10 have experienced some type of sleep problem, such as insomnia or night terrors.  The American Academy of Pediatrics estimates that 10 percent of children in the U.S. have a sleep issue, with that number rising to 50-75 percent among children with diagnosed mental health issues, neurological disorders, or developmental disorders.

Before getting into a discussion of the effects of sleep deprivation in children, it’s useful to define exactly what doctors consider a sleep problem. Almost everyone has a sleep disturbance at some point, even kids. Remember how hard it was to fall asleep on Christmas Eve as a child, or how watching a scary movie with an older sibling would cause nightmares, sometimes for a week or more?

When we talk about sleep disturbances through the lens of mental health, though, we’re not referring to the occasional bad night. According to the AAP, children need more sleep than adults, with 5-10-year-olds requiring a minimum of 10-11 hours of sleep per night, and preschoolers and toddlers needing upwards of 12-14 hours. If a school-age child can fall asleep within 30 minutes of going to bed, wake up easily at the correct time, and stay awake all day without requiring a nap, then doctors assume that he is getting enough sleep.

Signs of sleep trouble can sometimes be obvious: Excessive daytime sleepiness, dark circles under the eyes, lack of energy, and trouble at school — in particular getting to school on time — can all be attributed to not getting enough sleep. And of course, mood issues such as irritability, as well as an inability to focus or concentrate can also be caused by inadequate sleep. 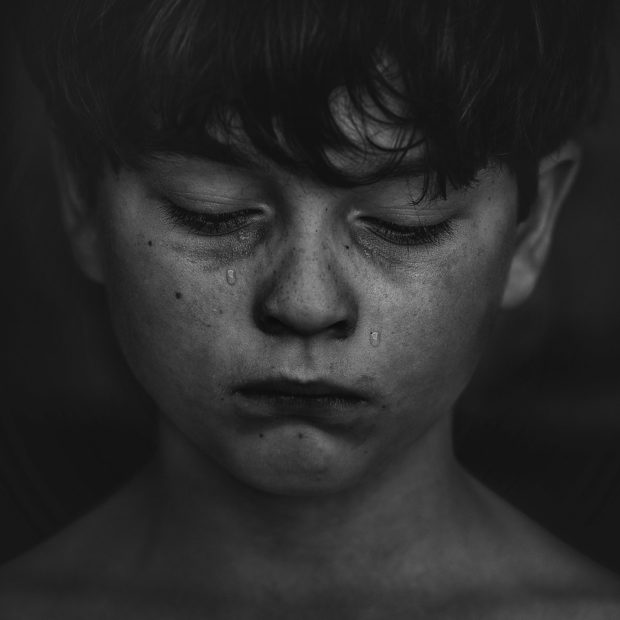 Other signs of sleep deprivation aren’t as obvious, though, and are easily mistaken for other problems. For instance, some children respond to sleep deprivation with hyperactivity. Instead of feeling sluggish and fatigued, a child might have excessive energy and an inability to control herself, which could lead to a misdiagnosis of ADHD. Unfortunately, because it’s difficult to tell whether sleep deprivation is causing those issues or vice versa, many parents and health care providers address the issues separately or only address part of the problem.

How Sleep Deprivation Contributes to Anxiety

Because the connection between sleep deprivation and anxiety is so strong, researchers have set out to uncover why. Anxiety and depressive disorders cost more than $120 billion each year. With a better understanding of how these disorders develop, it’s possible to create more effective early intervention strategies and provide more effective support to help mitigate their effects.

This understanding and prevention was the foundation of research conducted at the University of Houston in conjunction with the National Institute of Mental Health. Clinical psychologist and associate psychology professor Candace Alfano and her research partner Cara Palmer investigated the specific emotional processes that are interrupted by poor sleep. More specifically, they evaluated how children appraise, express, regulate and recall emotional experiences when they get enough sleep and when they don’t.

According to the researchers, when children don’t get enough sleep, they feel more negative emotions. Moreover, they are also less responsive to positive experiences. Children who don’t get enough sleep for even just two nights were less responsive to positive things. They also didn’t get as much pleasure from them. Additionally, they were less likely to recall positive details. In contrast, children who get plenty of sleep consistently have fewer negative emotions and responses. They were also more likely to remember positive things.

These findings are consistent with previous research into the brain and how sleep helps us process our emotions. A 2015 article in the Journal of Neuroscience revealed that sleep deprivation has a significant effect on the function of the amygdala, the part of the brain responsible for emotional processing and regulation. What the researchers discovered was that not getting enough sleep impairs the amygdala’s ability to distinguish between positive, negative, or neutral experiences, effectively making everything important and limiting our ability to ignore or calmly process information that doesn’t matter. Essentially, not getting enough sleep puts your brain overload. This then makes it difficult or impossible to process everything at once and potentially causing anxiety.

In terms of the University of Houston research and children, constant amygdala overload while the brain and emotional regulatory systems are still developing can have a significant effect on how the brain develops into adulthood. Not only that, but their findings suggest that when children are less able to find enjoyment in positive experiences, they are less likely to seek them out. Basically, children who are sleep deprived aren’t going to engage in activities that require effort. This includes hobbies, spending time with friends and family, or sports. This is because they aren’t able to fully experience the rewards of doing so. This can contribute to social isolation, feelings of worthlessness, and other destructive behaviors that are the hallmarks of anxiety and depression.

This understanding of how a child’s developing brain could be affected by sleep deprivation is important for understanding how anxiety and depression can develop over time. It also underscores how critical it is to recognize the signs of a problem and practice early intervention. Doing so will help to reduce the likelihood of future mental illness.

Recognizing the Signs of Trouble

Because sleep is so important to a child’s physical and emotional well-being, both now and in the future, parents need to treat sleep with the same importance as a healthy diet, exercise, and dental hygiene. Staying alert to your child’s sleep habits and watching out for signs of a problem is important. This is because it can make a significant difference in their overall mental health.

With that in mind, some of the signs to watch include:

Note that these are just some of the most common signs of sleep deprivation. And not all of them are permanent. In some cases, other issues could lead to the same symptoms. For example, it’s normal for kids to be excessively tired for a few days after the start of a new routine. For example, the beginning of the school year. As they adjust to a different schedule and the constant stimulation of the school day, most kids return to a normal sleep schedule.

Growth spurts, hormonal changes, and the challenges that come with being a kid can also contribute to a lack of coordination. It may also lead to moodiness or excessive sleepiness. The difference, though, is that these problems last much longer than a few days or weeks when your child is sleep-deprived. They also occur in every aspect of their lives. It’s important to be alert to sudden changes in behavior and discuss concerns with your doctor. 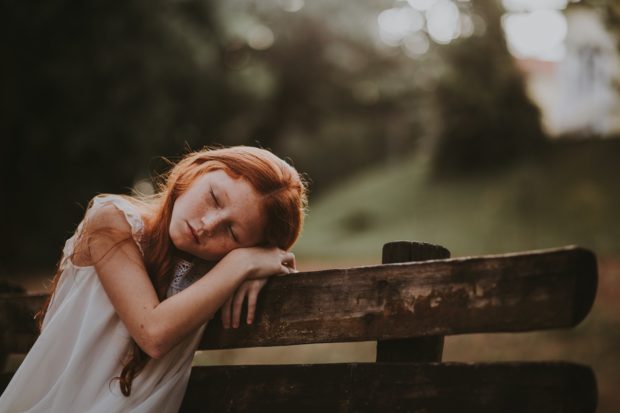 Keep in mind also that stress and anxiety can also cause sleep deprivation, which only exacerbates the problem. Learn the signs of sleep anxiety in children; When a child is afraid or anxious about going to sleep out of fear, they will likely do anything to avoid sleep. They might have trouble staying asleep due to nightmares or night terrors. They might even wet the bed or refuse to sleep alone. Many children go through phases of sleep anxiety. However, ongoing issues warrant medical intervention to prevent chronic sleep deprivation and additional health risks.

Recognizing the signs of sleep deprivation is only one aspect of ensuring your child is getting healthy sleep. Making sleep a priority and creating an environment conducive to sleep is also important. Some of the ways you can do that include:

Adequate, good quality sleep is vital to all aspects of health in both adults and children. The sleep habits your children develop now can potentially affect the rest of their lives. Therefore, you need to make sleep a priority and be alert to signs of trouble. Doing so will allow you to intervene early and support healthy, and normal development.

Who is the author?

Robyn South is a Relations Specialist for the Sleep Advisor, a website that covers everything related to sleep, from mattresses to the newest science behind technology and wellness breakthroughs.

10 Habits You Should Add to Your Nightly Routine

The Link Between Sleep Deprivation And Anxiety In Children