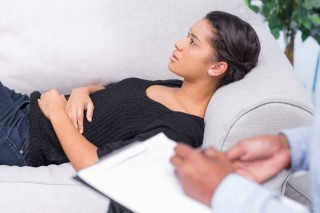 With as many as a quarter of the world population suffering from a mental health illness, research still shows that few seek professional treatment from a clinician. Therapy continues to carry a heavy social for most people around the world.

According to investigator Graham Thornicroft, Professor of Community Psychiatry at the Institute of Psychiatry, King’s College London, while festering health problems sometimes come with life – mental disorders including major depression, bipolar disorder, schizophrenia, and others worsen over time without proper treatment.

“We now have clear evidence that stigma has a toxic effect by preventing people seeking help for mental health problems,” he said in a statement. “The profound reluctance to be ‘a mental health patient’ means people will put off seeing a doctor for months, years, or even at all, which in turn delays their recovery.”

Analysing data from 144 studies, the researchers observed a strong reported sense of stigma for people accessing mental health services, whether engaged in psychotherapy with licensed therapist or merely asking a family doctor for help. When seeking help for mental disorders, people reported feeling not only stigmatised by society but branded by their own hand, with a deep sense of personal shame. Other barriers to treatment included a fear of public disclosure as well as that classic self-diagnosis: not crazy.

Interestingly, the investigators found the social stigma against mental health treatment strongest among youth, men, members of ethnic minorities, and people in the military and health sectors. Sarah Clement, a co-investigator on the study, says social stigma – rather than mere cost –still impedes progress on improving population health.

“Our study clearly demonstrates that mental health stigma plays an important role in preventing people from accessing treatment,” Clement said. “We found that the fear of disclosing a mental health condition was a particularly common barrier. Supporting people to talk about their mental health problems, for example through anti-stigma campaigns, may mean they are more likely to seek help.”