South Africa is currently suffering under a serious outbreak of listeriosis, with the number of related deaths standing at 61. According to the Department of Health, the most cases of this disease has been found in Gauteng (62%) followed by the Western Cape (13%) and Kwa-Zulu Natal (7%). The minister of health, Aaron Motsoaledi, gave a report on Monday depicting the details surrounding the illness. Liseriosis is now included in the country’s list of intensively monitored, serious conditions.

Where does it come from? 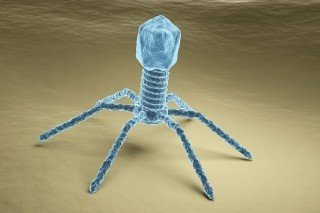 According to the Department of Health, listeriosis comes from a bacteria found in vegetation, water and soil, as well as in the faeces of certain animals. This bacterium is known as listeria monocytogenes. The disease generally gets spread when people consume food that has been contaminated with the bacterium, such as animal produce and fresh produce. The following symptoms may be a sign of a listeriosis infection, namely fever, general body pains, vomiting and feeling weak. In addition, the disease may result in infection of the blood stream, also known as septiceami. It can also result in meningoencephalitis (infection of the brain).

Who can get listeriosis?

According to Linda Drummond, a registered dietician at Nutritional Solutions, anyone can get listeriosis. However, those at high risk of severe disease are newborns, the elderly, immunocompromised individuals, pregnant women and their unborn babies; and those with underlying conditions such as HIV, diabetes, cancer, chronic liver or kidney disease.

During pregnancy, the higher production of progesterone causes a women’s immune system to become suppressed making it more difficult to fight off infections and increasing risk for foodborne illness such as listeriosis, among others. The consequences can be devastating during pregnancy as both the woman and her unborn baby are at risk.

Prevention lies in avoiding products which have  higher risk of contamination and following basic food safety tips as listed in the prevention section below.

Who is most affected by it? 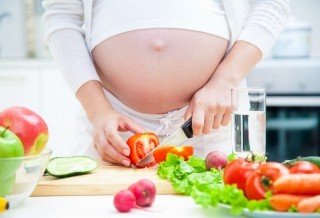 Those who are at a high risk of contracting listeriosis are those with a weak immune system (for example individuals suffering from HIV/AIDS), newborn babies, pregnant women, and elderly people.

The Department of Health additionally reported that 70% of all listeriosis cases consist of either those individuals between the ages of 15 and 49 years of age and babies younger than a month old.

South African medical professionals are currently required to report any and all cases of listeria in order to pinpoint the current source of the outbreak. The source of the bacteria, however, is still unclear.

How can listeriosis be prevented?

Unlike most other foodborne pathogens, listeria monocytogenes can grow in refrigerated foods that are contaminated. To prevent this, it is recommended to have fridge temperatures below 4°C and freezer temperatures below -18°C. therefore, those at high risk of listeriosis should avoid the following foods: raw or unpasteurized milk; soft cheeses, (e.g. feta, goat, Brie); foods from delicatessen counters (e.g. prepared salads, cold meats) that have not been heated/reheated adequately; refrigerated pâtés.

There is no vaccine or pre-exposure prophylaxis for preventing infection. The main preventive measure is to always ensure that good basic hygiene is followed.

Using only pasteurized dairy products; thoroughly cooking raw foods from animal sources, such as beef, pork or poultry; thoroughly washing your hands before preparing food, before eating and after visiting the bathroom; washing and decontaminating of kitchen surfaces and utensils regularly, particularly after preparing raw meat, poultry and eggs, including industrial kitchens; washing raw vegetables and fruits thoroughly before eating.

Worried about what you should eat during your pregnancy? Click here to find a nutrition guide.