There Are Billions of Microplastics Floating in Your Cup of Tea

Do you enjoy starting your day off with a warm cup of tea? If so,  you may need to take a step back and peer a little closer into that warm beverage. A new study has found that the cup of tea you love so much could be serving you a big dose of microplastics – 11 billion to be exact.

But, aren’t microplastics found in the ocean or in the guts of fish? And does that mean we should swear off tea for life, and rather opt for coffee? Before you clear out your pantry of all your favorite anti-aging teas, let’s first delve into what microplastics are and just how they’ve infiltrated almost every aspect of our lives.

Microplastics are small pieces of plastic (less than 5 mm) that are either intentionally or unintentionally created. According to a review published in the Current Environmental Health Reports, plastic production has increased 8.7% annually since 1960, and it should come as no surprise to find that these particles are literally everywhere.

Microplastics can be broken down into five categories: fibers, foam, fragments, microbeads, and nurdles.

Microplastics and the ocean

Once microplastics make their way into a waterway, they are soon consumed by marine life who mistake them for food. This then can not only affect marine life but the entire ecosystem.

The study on microplastics in teabags

A group of researchers at McGill University in Montreal, Canada brew four different plastic teabags to find out just how many microplastics lingered in each teabag. For the study, which was published in the American Chemical Society journal, they made sure to remove the actual tea before steaming the empty tea bags in 95-degree water. They then analyzed the empty, plastic tea bags with an electron microscope.

“We were expecting to find a few plastic particles, maybe hundreds or thousands,” explained study author Laura Hernandez. “But we were extremely surprised to find billions of particles.”

Additionally, Hernandez and her team also went further to examine the effects of plastics on marine life. The subject of choice was Daphnia Magna – a small aquatic organism. It was soon revealed that ingesting plastic had quite the effect on its health,

“What we observed was that the structure that covers their body was deformed,” she said. “We also observed that they had altered swimming behavior.”

Are we swearing off tea?

Only if your tea bags are made of plastic.

“Be observant of the type of packaging your tea comes in,” Hernandez says. “The plastic packaging isn’t necessary.”

With that said, it may be preferable to opt for paper tea bags or loose-leaf tea. 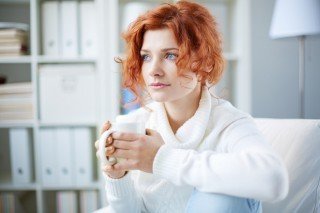 What has previous research found?

The above study is not the first to highlight the increasing presence that microplastics have in our lives.

A study published by the World Wildlife Fund in June, led by the University of Newcastle, Australia, found that people face a risk of consuming around 5 grams of plastic per week.

Additionally, a separate study published in the Environmental Science and Technology journal found that though the consumption of seafood, water, sugars, salts, and alcohol, Americans consume around 39,000 to 52,000 microplastics particles per year.

If consuming plastic isn’t enough, we may also be at risk of breathing it in. Research compiled by French scientists and published in the Nature Geoscience journal discovered thousands of microplastics in the atmosphere of a mountain region. What’s more, the researchers believed that these plastic particles had traveled at least 60 miles through the air. This then means that microplastics have the potential to affect remote areas.

This French study is not the only one to notice plastics in the atmosphere, as a study from the United States Geological Survey found microplastics in over 90% of rain samples collected in the state of Colorado.

Lastly, researchers from the Environment Agency Austria have estimated that over half of the world’s population may have microplastics in their stools (1).

What are the dangers of microplastics?

We all know that plastic is bad for our health, however, The World Health Organization came out this past August to officially state that more research is needed to properly determine the impact that microplastics can have on human health.

That said, let’s look at the potential impact that plastics may have on human health.

Bisphenol A (BPA) is a compound that’s used in the manufacturing of plastics. Now, while both the FDA and the EPA have found that our exposure to BPA is at safe levels, research has suggested that BPA exposure can cause a number of issues in both humans and animals that include birth defects, reproductive disorders, cardiovascular problems, and even an increased risk of cancer (2). 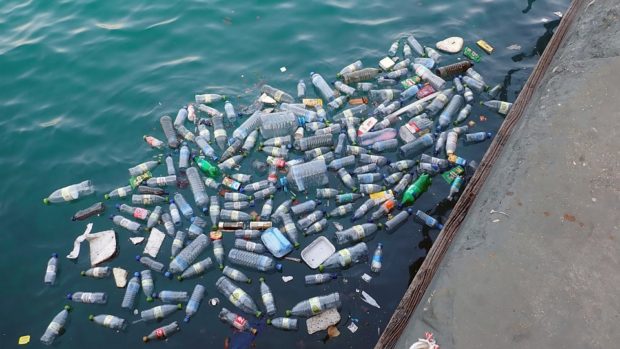 Phthalates are chemicals that are used to make plastics more flexible and durable.

Unfortunately, these compounds have also been noted as an endocrine-disrupting chemical. This is because they’ve been found to cause hormonal disruption, which includes increasing the risk of miscarriages, as well as reducing levels of testosterone in male foetuses (which make increase infertility in later life).

It may affect gut, lungs, liver and brain cells

According to a scientific review found in the Current Environmental Health Reports, upon consumption, microplastics can break down even smaller into nanoplastics. These nanoplastics soon make their way from the gut into the liver and gall bladder

According to an animal study published in the Scientific Reports journal, the build-up of nanoplastics in the liver, kidney, and gut of mice subjects was linked to disruptions in energy and fat metabolism, as well as oxidative stress and neurotoxic responses.

With the World Economic Forum estimating that the world’s oceans will contain more plastic than fish by the year 2050, it’s clear that we need to prioritize the health and safety of our marine life.  As mentioned, large bodies of marine life are consuming microplastics as this can not only damage their health, but it can have a profound impact on the entire ecosystem.

Consuming plastic can disrupt their health, which then leads to, amongst other things, brain damage, as well as hormonal issues such as impaired reproduction. Marine life is at the bottom of the food chain. As a result, it’s incredibly easy for microplastics to travel up the chain. In doing so, it can disrupt the entire ecosystem by affecting the health of every consumer in the chain.

If affecting marine life wasn’t enough, a study published in the Global Change Biology journal noted how microplastics are also affecting terrestrial ecosystems that include deserts, grasslands, tropical rainforests, and tundra, with the researchers noting that “microplastics interact with terrestrial organisms that mediate essential ecosystem services and functions, such as soil-dwelling invertebrates, terrestrial fungi, and plant-pollinators.”

How can we avoid microplastics?

By simply cutting back on the amount of plastic that we use. We should also do our best to not to send it to the oceans. We need to work with businesses, governments and other social institutions to reduce the amount of plastic waste. In fact, both the United Kingdom and Canada already have plans in motion to ban the use of single-use plastics.

Additionally, brands like Adidas, with their Parley Shoes, and IKEA are even going out of their way to create products that are made out of recovered fishing nets.

Another way in which you can avoid microplastics is by not drinking from plastic water bottles, avoiding Styrofoam and embracing a more natural beauty regime by staying away from any products that contain microbeads.

Fly Eco-Beauty, But Do It Without The Extra Weight

There Are Billions of Microplastics Floating in Your Cup of Tea