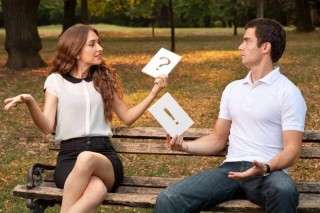 A new study has found that the “love hormone” can make men more competitive and women friendlier in social contexts.

“Women tend to be more communal and familial in their behavior, whereas men are more inclined to be competitive and striving to improve their social status,” said Professor Simone Shamay-Tsoory, lead researcher at the University of Haifa in Israel in a news release.

The latest study was published in the journal Social Cognitive and Affective Neuroscience. Shamay-Tsoory analyzed the behavior of 62 men and women between the ages of 20 and 37.

Researchers gave half of the participants a dose of oxytocin and the other half a placebo. After the oxytocin or placebo doses were administered, participants were asked to look at various video clips of social interactions.

They were asked to analyse the relationships shown in the video clips by answering questions identifying friendship, intimacy and competition. Researchers said that participants had to base their answers on gestures, body language and facial expressions expressed by the individuals in the videos.

“Our results coincide with the theory that claims the social-behavioral differences between men and women are caused by a combination of cultural as well as biological factors that are mainly hormonal,” explained Shamay-Tsoory.

Get Those 10 000 Steps While Stuck Inside The House

Geothermal Waters: Can They Help You To Age Better?

Your Guide To Gorgeous, Healthy Nails

5 Natural Cleaning Products To Help Maintain Hygiene In Your Home