Plant-Based Options And Beyond Meat, Healthy Or Not?

Plant-based options that mimic the taste and texture of meat are taking over the market. Money is being poured into these plant-based options and cultured meat industries. New developments are on their way, that’s for sure. More people are cutting back on their meat and it’s getting easier to do so now that we’re not limited to just veggie patties and fake meat hot dogs.

The issue with these plant-based options is that they aren’t satisfying enough for more than half the population. Nowadays it’s much easier. Converting vegan and vegetarian diets is a lot simpler with meat alternatives that don’t taste like cardboard. And the ingredient list is a lot shorter…well, we hope so. This is the issue. How do we know if these plant-based options are healthy or not? The FDA and consumers are struggling to keep up with the number of innovative, sustainable meat substitutes.

I mean, the food industry is going wild with this concept. It’s sort of weird but you can get vegan burger patties that ‘bleed’ just like real meat. You can even buy chicken breasts and beef patties grown in a lab from the cells of livestock. I don’t think these are for vegans, but if you’re trying to cut down on your meat consumption then it’s a pretty amazing idea. However, we need to clarify a few standards first. The line is very blurred between what’s truly meat and what isn’t. More importantly, what is truly ‘healthy’ for us to be eating regularly.

Plant-Based Options Need to Be Cautioned

Did you know that there are vegans who have very high cholesterol? It seems hard to believe. If you’re vegan you must be of prime health, right? Not necessarily. It’s just as weird as eating a hamburger with no meat. Yet both of these things exist. We have plant-based options like Beyond Meat and Impossible Foods to thank for this.

Just because you’re not eating meat does not mean you’re automatically going to be healthier because you’re eating a substitute. Many of these meat-free alternatives are highly processed and contain high amounts of saturated fats – which are in line with eating the meat’s counterpart. Ahh, the irony. Beyond Meat and Impossible Foods is reigning with plant-based power in America. However, expert dietitians have very mixed feelings about whether these products are healthy.

Julieanna Hever, a plant-based dietitian and the author of Plant-Based Nutrition (Idiot’s Guides) says that they’re not much healthier than a meat-based burger. In fact, many of them contain high amounts of saturated fat levels as well as excessive amounts of amino acids. Hever explains that just one Impossible Burger contains 40% of the recommended daily intake of saturated fat. While the Beyond Burger contains 30%. 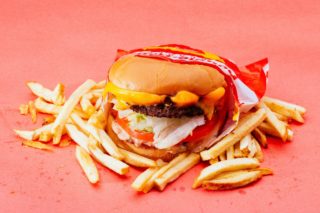 There is a massive ‘health halo’ placed around these plant-based options and yet they’re not that much healthier. They just help reduce meat consumption, which is great but doesn’t go overboard. Dietitians like Hever are seeing more and more clients with high cholesterol, and weight problems because they’re eating too much of these processed foods. It’s not their fault, but you need to hold yourself accountable. Just because they’re meat-free doesn’t mean they are healthy foods.

The truth of the matter is we don’t know whether these foods are healthier.

The Questions You’re Too Shy To Ask

Plant-based options are popping up everywhere. People are opting to eat them instead of their usual fast food choice or homemade beef burger. But many have hopped onto the bandwagon without asking any very crucial questions. The major problem with diet, in general, is that it’s easy to make assumptions about the food we’re eating. Assuming it’s healthier and therefore gives you permission to overeat…is problematic.

I get why we’re getting confused though. Products like Beyond Meat and Impossible Foods are not just veggie burgers, they taste and feel like real meat. 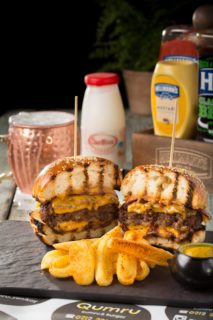 Meat-eating consumers love them because they replace the meat they usually eat. Apparently, in the next few years, so-called cell-based (or lab-grown, or cultured) meat products are going to hit the market. These are made from real animal cells but are grown in a food production plant and aren’t taken from animals raised in captivity and slaughtered for consumption.

They’re not on the market yet, and many are skeptical about them. But they might be part of the big picture as we try to move away from relying on factory farming to supply the meat consumers want. This is fantastic for those in the next generation who are not interested in being vegan or vegetarian but are looking for inexpensive, tasty and nutritious meat alternatives. There might not be 100% plant-based options, but they certainly will make a massive impact.

But Are These Plant-Based Options Healthy?

Many of these meat-free burgers come drenched in mayo, sauces and other ways to mimic the ‘bleeding’ or juiciness of a real hamburger. It doesn’t exactly sound like a slimming kind of choice. Despite weight management issues, this could be more or less the same as eating the original beef burger option. So don’t go and order a meat-free burger thinking it’s healthier. I think this is a huge area of concern and many people are living in a hugely mislead world.

Vegetables themselves are very healthy for you and eating more will do wonders for your health. However, plant-based options and meat-free burgers are not necessarily healthier for you. They will never match the nutritional profile of freshly cooked vegetables or a fresh hearty salad. Plant-based meat is safe, but it’s not healthy food. Experts are still unsure of the nutrition science, but they do know that meatless eating is probably just as good for you like the meat it’s trying to mimic. Even plant-based options might help reduce your chances of developing cancer.

In fact, there’s a massive misconception around the term ‘plant-based.’ Just because the source of what you’re eating comes from plants, doesn’t mean that you’re eating a nutritious salad or home-cooked roast.  These are still highly processed foods. Plus they’re likely less healthy than unprocessed fruits and veggies.

Another point to take into consideration is the fact that most meat-free alternatives contain quite a bit of additive to compensate for macronutrient profile. If you’re going to keep meat-eating customers satisfied without eating any meat then the product needs to meet the same calorie and nutrient contents. What does this mean? Well, it means that there is only so much that manufacturers can do to make these plant-based options healthier than animal-based meat products. 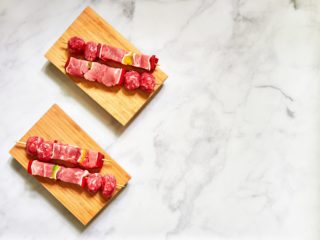 If you have a sensitivity to GMO’s or antibiotics fed to cows then yes, these plant-based options will be better for you. You also don’t have to stress about them being undercooked or worry about diseases. No matter what you do, ordering a Beyond Meat burger is still not going to be a healthy food choice. Even then, there are rumors that products from Beyond Meat might contain GMOs. Not that these are inherently dangerous, but that many health-conscious shoppers and dietitians do encourage us to be wary of them.

I think big brands like Beyond Meat are great for those with food allergies or intolerances. Despite the debate whether they’re healthier or not. This is because their products are also soy-free and gluten-free, which are very important to those who are allergic or extremely health-conscious consumers.

This is the freakiest concept I’ve come across in the food industry. However, it’s a real thing. Impossible Burgers ‘bleed’ like real meat because they use heme. This is a protein found in red meat that Impossible Foods grows from yeast. Is this natural?

Enjoy! It's as simple as that! If you haven't heard already, the Beyond Sausage Breakfast Sandwich launched at all 150+ @dunkin locations in Manhattan, NY.  Have you had a chance to wake up on the right side of Manhattan?

Well, certain analysts are concerned that the Impossible Burger might, due to the heme, have the same negative health effects, like the elevated risk of cancer and heart attacks which are often associated with red meat. But there again we cannot be certain. There was a study spoken about by Business Insider last year found that there are no signs heme is the reason red meat has those effects. We just need to be mindful of what we’re eating and never overeat just because we think it’s super healthy.

At the end of the day, a burger that is just as healthy as a fresh salad still doesn’t exist and food science still has miles to go. This is besides the point though, especially if you’re just looking for a decent meal replacement. The real point of comparison is a meat burger, not a bowl of broccoli. If you look at it from this perspective, then I think it’s safe to say that plant-based options and meatless products are pretty safe to eat.

Why We Need To Buy Food From Regenerative Farming

Plant-Based Options And Beyond Meat, Healthy Or Not?