Plastic surgery figures on an increase 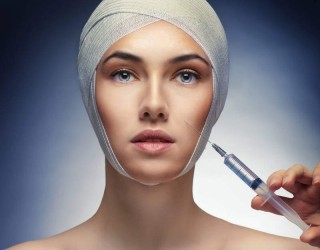 The number of nose jobs, face lifts and breast implant operations all soared by more than 10% in 2012. The biggest boom was in the popularity of liposuction – up by 41%.

In an official statement, BAAPS reported that it was “the most impressive rise in demand” since the start of the recession in 2008. Anti-aging procedures also continued to prove popular among both sexes, with eyelid surgery up by 14%, face and neck lifts up by 13%, fat transfer (where fat is injected into the face to add volume) up by 15%, and brow surgery up by 17%.

Men account for one in 10 (9,5%) aesthetic plastic surgery procedures. Body contouring procedures showed the biggest increase among men, with liposuction up by 28% and surgery to correct ‘man boobs’ up by a quarter (24%). Rajiv Grover, consultant plastic surgeon and President of the BAAPS, commented: “Patient confidence and also consumer confidence has returned with Britons choosing to spend on procedures with proven track records such as liposuction which remains the gold standard for body contouring. The continued double digit rise of cosmetic surgery underlines the fact that whether it is breast augmentation or anti-aging procedures like face-lifting, the public are choosing tried-and-tested surgical methods rather than the magical-sounding quick fixes that fail to deliver promised results.”

The top 10 procedures are:

Join us For A Livestream Event with Dr.Ela Manga: Beat Stress With Breath

Trevor Noah Talks To Dr.Anthony Fauci About The Coronavirus

Plastic surgery figures on an increase