Polluted air is the cause of death for 7 million people on a yearly basis and costs approximately US$5.11 trillion in welfare costs on a global scale, according to the World Health Organisation. That is because polluted air has a direct influence on diseases such as stroke, lung cancer and heart disease, with studies are showing that one third of these diseases being caused by this environmental issue.

How does polluted air affect us?

Because our bodies are not able to filter microscopic pollutants in the air, they enter through our breathing tracts, causing harm in our circulatory and respiratory systems, including our brain, heart and lungs. Air pollution generally comes in two forms, namely ambient (outside) air pollution and household air pollution. The latter is caused by the burning of fuels (for example wood, kerosene or coal) in open fires or in spaces that do not get good ventilation. It is also particularly dangerous to children, being the cause behind many cases of asthma, respiratory diseases and childhood cancers. As reported by the World Health Organisation, up to 14% of children between the ages of 5-18 years suffer from asthma relating to factors including air pollution. Moreover, on a yearly basis, 543 000 children below the age of 5 die as a result of respiratory disease linked to air pollution. Fetal brain growth can also suffer the negative effects of air pollution, if a pregnant woman breathes polluted air, while it is also related to cognitive impairment in young and old people.

In addition, findings from a new study led by researchers from the University of California at Berkeley indicates that it can also be harmful to our reproductive health. After eight power plants were closed in California between the years 2001 and 2011, fertility rates were up along with the decline of air pollution in the area. Click on the link to find out more about the study. In a similar study, one research fellow from the Harvard T.H. Chan School of Public Health, also found that women who were undergoing IVF treatment and lived in close proximity to major railways were less likely to have a successful embryo implantation and eventual live birth. 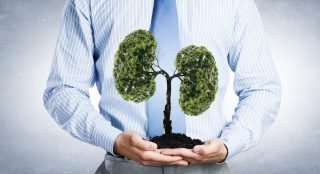 The two are closely linked, as fossil fuel combustion contributes greatly to both issues. “The true cost of climate change is felt in our hospitals and in our lungs,” says Dr Maria Neira, WHO Director of Public Health, Environmental and Social Determinants of Health. “The health burden of polluting energy sources is now so high, that moving to cleaner and more sustainable choices for energy supply, transport and food systems effectively pays for itself.”

What are the primary pollutants?

This also results from road traffic, as well as indoor gas cookers

This is a result from burning fossil fuels

When sunlight reacts with pollutants from vehicle emissions, this pollutant develops

How can you limit breathing polluted air?

1. Avoid the streets during rush hour, as emissions are higher during this period, and if you have a small child with you, pick them up to get them out of the low-lying emissions.

2. If you exercise outside and in the street, opt for areas that have less pollution and gas emissions.

3. Don’t burn waste, as the resulting smoke can have a detrimental effect on your health.

4. Limit the time you spend at emission hotspots, such as the traffic lights, and try to limit the use of cars on highly polluted days.

What is being done about this issue? 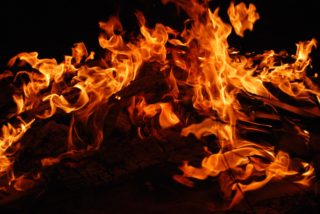 Recently, the UN Intergovernmental Panel on Climate Change cautioned that if the use of coal-fired electricity does not cease by 2050, we will not be able to limit global warming to 1.5C. In addition, we will have about 20 years to prepare for a serious climate crisis. The Paris Agreement to combat climate change was formulated to address this very issue, and if the goals mentioned in the agreement can be reached, approximately one million lives can be saved each year on a worldwide basis – simply through the reductions in air pollution.

Now, WHO and UN Environment are working to create new ways to address this issue and support countries. The CHEST (Clean Household Energy Solutions Toolkit), is a toolkit that is being developed by WHO to help countries implement their recommendations on household fuel combustion and to encourage clean household energy usage. Another campaign known as BreatheLife is aimed to reach 97 million people and reduce the impact of air pollution in regions with cities.

Clutter can play a significant part in how we feel about our homes, our work environments, and ourselves. A cluttered house or work area leaves us feeling distressed, helpless, and overwhelmed. Click here to find out more about how this can affect your thoughts and anxiety levels.