Wouldn’t it be wonderful if we all lived to a ripe old age without common maladies like arthritis, diabetes, heart disease, Parkinson’s or Alzheimer’s? Now a Concordia researcher has discovered 6 plant extracts, when paired up, slow down aging in yeast — and may well do the same in humans. Which means in simply put that longevity could be promoted with certain combinations of natural chemicals.

The Power of The Plant

On a mission to slow down the onset of age-related disorders, the scientist  recently discovered 21 plant extracts that delay aging in yeast more efficiently than any known chemical molecule. Yeast has a similar cellular aging process to humans, so it’s the best cellular model to understand how the anti-aging process takes place.

Building on his previous research, Vladimir Titorenko, a biology professor in the Faculty of Arts and Science, discovered that when six of these age-delaying plant extracts are combined in certain pairs, they significantly amplify their efficiency in each other.

His findings were recently published in Oncotarget in an article co-authored by Titorenko and the Quebec-based biotech company Idunn Technologies. TransBIOTech at the CEGEP de Lévis-Lauzon also participated in the studies.

Plant Extracts that May Delay The Onset and Progression of Aging

“We have reason to expect that some of these plant extracts and their combinations — all of which are classified by Health Canada as safe for human consumption — can delay the onset and progression of diseases with human aging,” says Titorenko.  His work is devoted to investigating molecular mechanisms by which mutations, diets and natural chemicals delay aging of cells.

“If our expectation is correct, this could have a profound impact.” 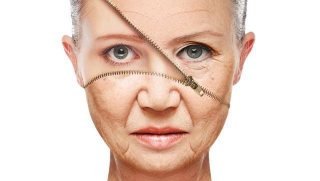 The new proof-of-concept study tested 27 possible pairwise combinations of these six PE, as well as one PE mixed with spermidine and resveratrol. Researchers noted their effect on the lifespan of budding yeast.

“We observed a synergistic effect on the extent of aging delay only when each of the two components of the combination targets a different component of the signalling network of longevity regulation in budding yeast,” explains Titorenko.

Having proven his hypothesis, he hopes to continue building on the research, testing the remaining 15 PE not examined in this most recent study.

Delaying the onset and progression of diseases associated with aging

Recently, Concordia signed an intellectual property agreement with the study’s collaborators, Idunn Technologies and TransBIOTech. Éric Simard, a co-author of the article who is Idunn Technologies CEO and author of a new book on healthy longevity, explains that these aging-delaying PE act as caloric restriction mimetics that weaken the primary aging pathway.

How To Store Your Food Better And Avoid Wastage