Stem cells for baldness? Could this be a reality? Scientists could use stem cells to reverse the effect of baldness which has plagued humans for millions of years. We would all feel so much joy! Perhaps the headlines are right. Maybe there really is an international breakthrough cure and we can finally stop stressing about going bald. This is especially important for men because baldness isn’t as common in women.

Apparently, scientists claim to have found the key to growing new hair from stem cells. News states that they have designed a ‘scaffold’ for embedding stem cells which leads to cell growth in more regular patterns. Therefore, this brings doctors a step closer to finding the best prevention technique.

I don’t think scientists have nailed the cure yet. But I do think that they are close, so keep smiling guys, because by the time you start balding a cure might be released. Technology and science are doing all kinds of amazing things nowadays. It’s also quite a process and scientists have had to overcome many hurdles to cultivating human follicles from stem cells.

It’s not like researchers haven’t grown hair themselves before, because they have. The only difference is that they were never able to control the hair growth process before. However, it seems they’ve figured out a way to do this now. The US team says it has developed a system that guides the stem cells to be implanted and grown in a way that replicates natural hair production.

But, they’re able to divide and renew themselves to either stay stem cells or become other types of cells. They help repair certain tissues in the body by dividing and replacing damaged tissues. This is where the theory of using stem cells for a stem cell transplant comes into play. 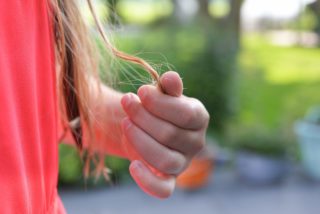 Moreover, the follicles are then replicated in a lab and implanted back into the scalp in the areas of hair loss. Amazing, right? This allows hair to grow where the follicles were taken from, as well as where they’re transplanted.

The thought of a stem cell transplant sounds amazing! And I certainly believe that they will be a reality in the next coming years. Researchers predict that stem cell hair transplants may be available by 2020. The research into preventing baldness is neverending.

Are The Balding Cure Rumors True?

In the past two weeks, an apparent balding cure has been hitting the news headlines. First and foremost, we want to know how true this is and if it really works! I mean, this is exciting news for anybody that’s going bald or has the genes to potentially lose their hair. Let’s face it, no matter how good looking you are, nobody wants to go bald.

But before we start popping the champagne bottles, we need to get our facts straight first. Don’t believe the first thing you hear on the news.  According to iNews, scientists from the University of Manchester have discovered that a drug compound called WAY-316606 has a significant effect on promoting hair follicles to grow during their lab tests.  The compound was originally designed to treat osteoporosis. Who would’ve guessed? 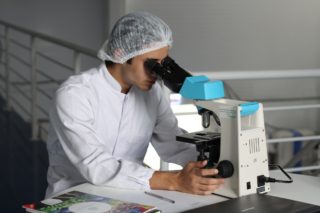 Reportedly, this compound targets a protein that functions as a brake on hair growth and plays a role in baldness. Dr Nathan Hawkshaw, who leads the project at the university’s Centre for Dermatology Research, called for clinical trials to test whether the treatment was safe and effective. He explained that it could ultimately ‘make a real difference to people who suffer from hair loss.’

Moreover, the British Association of Dermatologists (BAD) says that new treatments for hair loss are ‘exciting’ because ‘they give people more treatment options that may be effective.’ Once again, there is no certainty at this point that these treatments will be effective. This is because everybody responds uniquely to the treatment. But we’re getting very close!

Beware For Hit And Miss Treatments

There are quite a few new discoveries and options to treat baldness. Stem cells are not always the only option. The issue is finding an effective method. Although this is an incredible discovery, we must be careful not to get too caught up in it. We’ve been here before! Experts explain that for individuals with hair loss, treatments can be very hit and miss. There isn’t one which is universally effective.

In fact, people have tried thousands of different treatments over the years, many of which are a complete waste of time. From thermo-caps to shampoos, to vacuum helmets, lotions, and tablets. Nothing has been able to do the job! This doesn’t mean you should give up hope, because doctors are feeling confident about their new discovery!

Treatments for hair loss are still not set in concrete despite the current findings. The issue is the lack of guarantee of the effectiveness of the treatment. However, according to the Independent, scientists used a biodegradable ‘scaffold.’ They made it out of the same material as the dissolvable stitches used to close wounds. This is to help the human cells integrate with the mouse subject they were testing on. 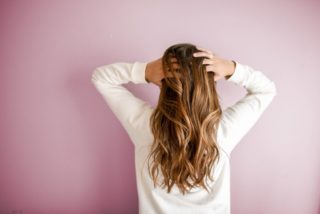 Interestingly, researchers presented their finding at the conference of the International Society for Stem Cell Research (ISSCR) in Los Angeles. The scientists described the discovery as a ‘critical breakthrough’ that could help millions of people. Stem cells might be able to help prevent baldness after all!

They stated that their new protocol overcomes key technological challenges that kept them from sharing their discovery with the rest of the world. That’s good news if you’re worried about going bald. Scientists claim that they now have a robust, highly controlled method for generating natural-looking hair that grows through the skin using an unlimited source of human stem cells.

The Independent adds that male pattern baldness affects about 50 percent of men over the age of 50. And according to the British Association of Dermatologists, millions of men suffer hair loss from puberty.

There are an array of treatments, as mentioned above. However, the present ones include the drugs minoxidil or finasteride, which have side-effects and have to be taken for life. Alternatively, you can opt for stem cells or hair transplants. This is where follicle cells are extracted from other parts of the body and implanted into the head. The only problem is that this is very expensive and might cost anywhere between £1,000 and £30,000.

Human Test Subjects Are Next

Don’t be upset, because scientists are so confident in their recent discovery that they are prepared to test it on humans. These scientists are now looking to try out their technique on human subjects. Apparently, the work was awarded a merit award by the ISSCR. However, it has not yet been published in a peer-reviewed journal and many hurdles remain in scaling it up.

I believe stem cells are the closest thing we’re going to get to a cure and there is hope for the future!

The study was first conducted on mice. These mice were immunosuppressed to stop their immune system attacking foreign stem cells. Experts explain that this could be overcome in humans by using stem cells from the intended recipient. Better yet, the cells used in the experiments were obtained from a blood sample and then reprogrammed to revert into stem cells. This is a process called ‘induced pluripotency.’ 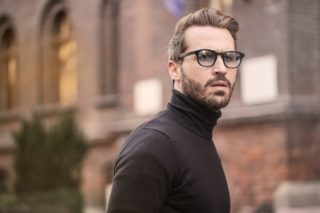 Researchers explain that there is a potentially ‘unlimited’ supply of these cells in the blood. However, this reprogramming process is still relatively costly with current techniques. I would say that we’re close to using stem cells to prevent baldness, but the costs are still too high for it to be a sustainable and effective treatment process for the average person. We’re holding thumbs though!

While some clinics are offering stem cell hair replacement therapies, these are considered investigational and haven’t been approved by the FDA.

What Are The Side Effects Of Stem Cells?

Despite all the different and new approaches to try and regrow hair. The side effects of a transplant using stem cells or this new protein are uncertain.

In fact, there’s very little information available about the possible side effects of stem cell hair transplants. As with any medical procedure, there’s always the risk of bleeding or infection at the site of the sample and the injection. Experts state that scarring is also possible. However, complications from a punch biopsy are rare and there’s a small risk of damage to the nerves and arteries beneath the site. Liposuction can also cause the same side effects and complications.

As I said, the results differ hugely from person to person and this what scientists are trying to get around. Stem cells are fantastic, but the cure is still not set in stone. Hair transplant treatments being researched are expected to be available to the public by 2020. Stem cell hair transplants offer options to people who aren’t candidates for the hair loss treatments currently available.

There are certain clinics that offer hair replacement therapies using stem cells. However, these are considered investigational and haven’t been approved by the FDA.

Popping vitamins every morning as you wake up seems to be the ritual of choice. There’s nothing wrong with it, really, since you’re adding more nutrients to your body first thing. Surely?

Seafood Fraud: Why There’s Something Fishy About Your Next Meal