It’s the month of love and for a lot of people, there’s only one thing on their mind. Now while sex is a pleasurable experience that can boost the month of February, did you also know that it can do the same for your health?

Aside from reproduction and pleasure, sex could also be exactly what your body needs in order to improve its well-being and physical health. In fact, it’s not just the physical act itself as reaching orgasm (with a partner or solo) can offer many surprising benefits to all facets of your life.

1. It can help your heart health

While the act does raise your heart rate, sex may also be a great way to maintain the health of your heart.

For one, sex helps to keep the levels of estrogen and testosterone in balance, and this is good as an imbalance in sex hormones can increase the risk of heart disease (1).

Additionally, a study published in the American Journal of Cardiology revealed that men who had sex twice a week or more faced a reduced risk of stroke or heart attack than those who had sex once a month or less.

That said, if you have been diagnosed with some form of heart problem, it’s important to consult your doctor about how much sex is safe for you.

2. It can help manage your blood pressure

Aside from increasing your risk of heart disease, high blood pressure can also lead to a decrease in libido, affect a man’s ability to achieve and maintain an erection as well as lead to vaginal dryness.

Additionally, a separate study published in the Journal of Health and Social Behaviour found that older women who were satisfied with their sex lives were less likely to have high blood pressure.

3. It can boost your immune system 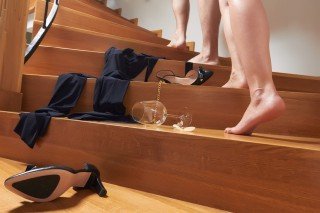 Could more sex mean fewer sick days? It appears that the more sex you have, the better your body will defend you against germs, and viruses.

Researchers from Wilkes University in Pennsylvania found that college students who had sex once or twice a week had higher levels of immunoglobulin A — an antibody that helps fight infections and the common cold — in their saliva.

4. It can help reduce a man’s risk of prostate cancer

Prostate cancer affects over a million men worldwide. However, it appears that having an active sex life may also help to reduce one’s risk of prostate cancer.

For one, a review published in the Journal of Sexual Medicine found that men who had a more active sex life faced a  lower risk of developing prostate cancer.

Did you know that another effective way to reduce your risk of prostate cancer is by increasing your intake of tomatoes?

Stress won’t only place strain on your relationship, but it can also be detrimental to your overall health. Thankfully, some physical intimacy can help to reduce your stress levels.

According to a 2018 study, any form of physical intimacy – be it sex, cuddling, hugging or even a simple touch – can help to bring cortisol levels in both males and females back within a normal range (2).

Additionally, acts of physical intimacy can trigger the release of endorphins –  feel-good hormones that can help to curb stress levels and boost one’s mood.

According to the National Sleep Foundation, an orgasm triggers the release of the hormone prolactin – a natural sleep aid that helps to induce feelings of relaxation and sleepiness (3).

Also. getting plenty of sleep may help to boost your sex life, as research published in the Journal of Sexual Medicine found that getting regular sleep can help to improve your sexual response.

7. It may prevent urinary incontinence 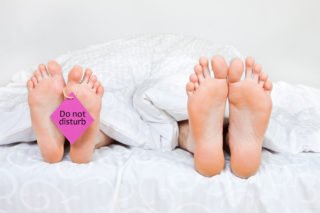 Urinary incontinence affects around 35% of women at some point in life, and it is involuntary, often embarrassing, leakage of urine.

Thankfully, one can avoid urinary incontinence by maintaining a strong pelvic floor, and luckily, sex is a great workout for your pelvic floor muscles orgasms activate and strengthen those muscles.

Sex is probably the most fun you can have while exercising as it uses various muscles.

A study published in the journal PLoS One revealed that men burned an average of 4 calories a minute during sex sessions that averaged 25 minutes, and women burned off 3 calories.

Now while it’s not enough for you to close your gym account, leading an active sex life can offer you some extra exercise.

Forget an opioid – an orgasm may be what you need instead.

In fact, if you’re battling with painful, chronic headaches then you may need to increase your sexual activity. According to research published in the journal Cephalalgia, sexual activity may offer relief from migraines and cluster headaches. The research found significant improvement, as well as relief, in people who were sexually active during their attacks.

If that’s not enough, a study published in PLoS One found that people who looked at pictures of their romantic partners experienced a significant dull of pain.

We’re all about looking great as we age, and it appears that sex may be the anti-aging secret that we’ve been searching for.

According to a study from Planned Parenthood, the researchers found a strong association between frequent sexual activity and looking significantly younger. In fact,  people who had sex at least 4 times per week with a regular partner were perceived to be 7 to 12 years younger than they  were.

If you’re having trouble with your memory, you may need to engage in some form of sexual activity. In fact, it seems that regular sex switches the brain into a more analytical mode of and thinking processing. 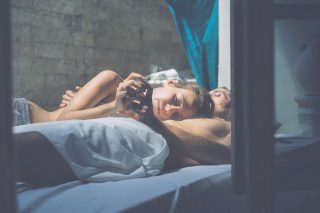 In fact, researchers have found that women who have more sex are better at recalling, or retrieving memories from their past (4).

12. It will help you live longer

Sex could be the secret to longevity.

According to an aforementioned study from Planned Parenthood, men who had frequent orgasms (defined as two or more a week) faced a 50 percent lowered risk of mortality than those who had sex less often.

Yes, sex can be a pleasurable and potentially healthy activity. However, it’s important to remember to practice safe sex, and to make sure to use a condom or other contraceptive method.

What’s more, it should be noted that one can experience the above benefits without sex. In fact, exercising, having a pet, as well as having a strong network of friends may also offer the same benefits.

Boost Your Sex Life In 2020 With These 7 Yoga Poses