Unexplored African cuisine is hitting the world’s food industry and unveiling an array of new spices, flavors and cooking methods. Those who have experienced the food of South, East, West and North Africa know how diverse it can be. African cuisine will rank close to first place on the food menu of 2019 in many parts of the world. And it’s exactly what the consumer of today wants to order.

Interestingly so. You can take it from me too, as somebody who stays in Kenya. Most of the local food is exactly what people worldwide are trying to incorporate into their everyday diets to live healthily. Unexplored African meals include locally sourced ingredients. Millennials and Generation Z, aim to eat this way in any case.

I’m a Millennial and I wouldn’t dare eat a processed or fried meal. I need to know beforehand that what I’m eating is benefiting my body, rather than hindering my body’s health. This means lots of local seafood or meat, vegetables, fruits and protein-rich grains. These grains include hemp, chia, quinoa, amaranth and flax. Basically, we’re talking about lots of natural, clean foods.

Each year more people from around the globe travel to different parts of Africa. As a result, food product developers often pick up on restaurant trends. Therefore, I find it really interesting looking at the new food and beverage ideas popping up in the industry. Countries like Kenya, Ghana, Nigeria, Ethiopia and Senegal are having a big influence on our taste buds. And with a strong focus on fitness and health, local fresh foods is what clients want. That’s what unexplored African food has to offer.

Once you taste some of the amazing spices and flavors it’s almost impossible to forget. You’ll want to include their herbs and spices into all your home cooked meals and dinners out. That’s why this new influence has sparked an interest in food innovations worldwide. We are seeing a number of brands and private labels tapping into this trend as well. 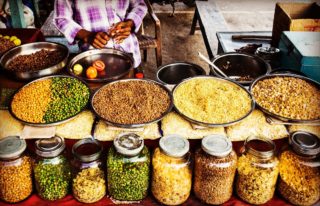 Despite everything, there will always be upcoming cuisines and new emerging food trends. But the interesting factor here is that most innovation is happening in informal street food markets, pop-ups and independent fast casual dining outlets. And within these, there are also some exciting examples of African inspired brands and more mainstream brands adopting African flavours.

In fact, you may already be eating food made with African rooted ingredients and may not even know it. Some key West African ingredients that are highlighted in creative dishes include kola nuts, moringa, plantain, yam, cassava, ginger, scotch bonnet chillies, beans, fonio, okra, peanuts and sorghum. There’s many more where these came from, too! In addition, West African dishes are usually gluten-free and high in plant-based protein, which fits in perfectly with current trends.

One of the biggest reasons this is such a big trend is the fact that people are getting bored with the same, mundane meals. According to Mohamed Diagne, a Senegalese man who has owned multiple African restaurants across Sydney (including Kilimanjaro in Newtown). This growth in appreciation for the cuisine stems from diners who are looking to expand their palates. I agree, food can get boring if you eat the same thing all the time. You can only eat Thai, Indian, Italian or Greek food so many times before it gets overrated. As a result, people are chasing after something different, and something healthy.

Apparently, Diagne has owned his restaurant in Sydney for more than 30 years. He currently owns and runs Lat-Dior African Eatery in Enmore, and says there’s a noticeable shift in recent years towards African dishes, like Yassa chicken (chicken off the bone marinated with mild spices) and nbambe (tomato, brown lentils, kidney beans and vegetables steamed with spices). Unexplored African cuisine is a huge hit in Europe and it keeping closely connected to African culture and it’s only the start.

Africa Is Diversifying Us

I think Africa is a term that’s often used very generally. This is because it’s such a vast continent which consists of a multitude of countries, cultures and regions. 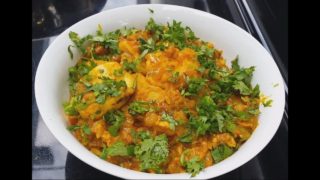 In addition, it is a continent rich in different types of people and cultures. Because of this, the food is as diverse as the continent itself. Try visiting West African countries like Senegal, Nigeria or Ghana. Here you’ll be eating plate loads of jollof rice, and whatever else that can be made with rice, tomatoes, onions, nutmeg, ginger and cumin. Interestingly, researchers mention that Central African countries remained almost entirely free of outside influence until the 19th century. Due to this, they usually only ate a diet rich in starchy foods, plantain, cassava, beef and chicken. Diagne says dishes based on cereals, grains and greens (like beans and watercress) feature heavily in the continent’s array of cuisines.

Then you get Africola. This is a restaurant in Adelaide gets its inspiration from The Maghreb, which spans the north-western countries of Morocco, Algeria, Tunisia, Libya and Mauritania. According to head chef Duncan Welgemoed, this region has an exotic palate of flavors to work with. 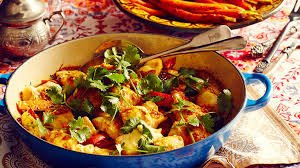 Trends generally have a bad reputation because they usually don’t last. However, I feel like this is an influence that’s going to stick. Because African cuisine and spices are so diverse and make many dishes taste amazing. The spices bring uniqueness to your cooking. You can’t replace or forget them. Therefore, many more people are going to eat African food, because it’s loaded with vegetables, grains and full of flavor.

Hopefully, this will change peoples perceptions about African food too. Usually unexplored African cuisine is labelled either too spicy, too basic, or not basic enough. A lot of people see African food as home cooking. As a result, it’s suffered in regards to its culinary heritage. However, this is a chance to educate people about African food.

Let’s not forget about South Africa. These people know what they’re doing.

Jollof rice, potjiekos (a South African dish, literally translating to ‘small pot food’), Banga soup (made with a type of palm fruit) and Cameroon-style ekwang (a stew made with taro, smoked meat, fish, crayfish, and spices). These are all Africola menu stars. According to Africola, they use these simple dishes and reinterpret them with local produce and refined techniques. When you cook with this kind of style, people’s perceptions about African food starts to change.

African food contains a lot of spices. Yet, African food is a lot milder than other cuisines. Diagne says African flavors are tangy, but not very hot. And if you’re interested in making it hot, you can add some house-made harissa sauce. This sauce is made with vegetables, hot chilies and oil blended together and just melts into your mouth.

You will find lots of African cuisine hotspots in London and Paris. Better yet, we might be seeing a lot more in Australia too. Especially if they continue to love their jollof rice and Yassa chicken. Australia might be next!

If you haven’t yet, start exploring the unexplored divines of Africa today! But first, try using some Okra in your dinner tonight.

How to Grow Your Own Superfood Garden