The safety and efficacy of the vampire facial (Platalet-Rich Plasma or PRP treatment) is under fire, following the recent infection with HIV of two people who underwent this treatment. Both were clients of the now-closed VIP Spa in Albuquerque. After an inspection that discovered problems in the spa’s handling of needles – including the possible spread of blood-borne infections including HIV, hepatitis B and hepatitis C-  the spa was closed down.

Since then, the New Mexico Department of Health has announced they strongly advise anyone who has received injections at the VIP Spa to come in for testing, for all three of the above-mentioned infections.

According to the New Mexico Department of Health, two cases of HIV infection among the clients of the VIP Spa is being investigated. Both clients received injection-related procedures at the spa last year between May and September. As of yet, the investigation has not identified potential exposures for HIV transmission, apart from the VIP Spa procedures. In the official statement, the NMDOH says: “Additional laboratory testing on specimens from the two clients indicates recent infection with the same HIV-virus – increasing the likelihood that the two HIV infections may have resulted from a procedure at the VIP spa.

“While over 100 VIP Spa clients have already been tested, NMDOH is reaching out to ensure that testing and counseling services are available for individuals who received injection related services at the VIP Spa,” said Kathy Kunkel, NMDOH Cabinet Secretary. “Testing is important for everyone as there are effective treatments for HIV and many hepatitis infections.”

What is the vampire facial? 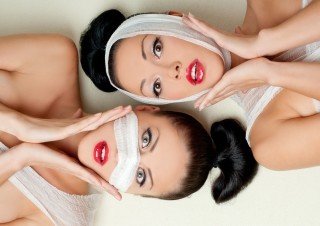 The vampire facial is a treatment that works by utilising the patient’s blood for repairing the skin, after creating “controlled damage” to stimulate the production of collagen.

Other promised benefits include a reduction of fine lines, a moisturizing effect, skin tightening, lifting and smoothing. It also helps to even out skin tone. And interestingly, it is used with great results by athletes to help them recover from injuries. Reportedly, has been used on prize-winning racehorses to repair damaged ligaments. The vampire facial was made popular by celebrities like Kim Kardashian, who shared an post on her widely-followed Instagram account and citing the benefits of this procedure.

What does this news mean for aesthetic treatments? 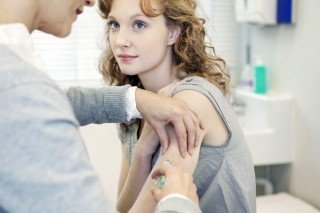 Patients need to exercise caution when it comes to who they allow to treat them. Just because a procedure is “non-surgical” or “non-invasive”, it does not mean it is not a medical procedure. You need to act responsibly and take control of who you are allowing to inject/treat your body and face. It cannot be stressed enough that procedures that do not involve surgery, or are called “non-invasive”, or “minimally invasive”, are not necessarily free from risks or complications.

As with any other medical procedure, you need a doctor to examine you, take a full history, discuss your options with you and give you the best medically sound advice about your elective procedure. inking aesthetic procedures are not medical seriously puts you at risk for complications. Click here to find out what happens when plastic surgery turns deadly – as it did in this Brazilian Butt Lift procedure.

Global statistics show that approximately 37 million people worldwide are currently living with HIV (1). Unfortunately, there is no cure for the disease and the only way to manage it is with ARVs.

However, a recent study shows promising news in regards to finding a cure for the disease. It’s been revealed that a London man has achieved remission from HIV infection. He is the second person in documented history to do so. The last known man was Timothy Ray Brown, who is currently the only HIV-positive person with undetectable levels of the virus. Click on the link to find out more.