Could Vitamin D Protect You Against Breast Cancer?

Vitamin D is seen as the sunshine vitamin due to the fact that the majority of what the body absorbs, comes from the sun’s rays. Once it’s been absorbed by the body, vitamin D then plays a pivotal role in helping the body properly absorb and utilize calcium, which in turn ensures healthy bones.

However, a new study has revealed that vitamin D may also play a role in reducing the risk of breast cancer as well as increasing one’s chances of survival. Amongst women, breast cancer is not only the most most common cancer but it is also the the cancer with the highest mortality rate. Risk factors include genetics, obesity and late menopause.

Researchers from the Sao Paulo State University in Brazil  analyzed the medical data of 627 postmenopausal Brazilian women aged 45-75. The women were grouped into two- 209 of them were diagnosed with breast cancer whereas 418 were cancer-free.

The study revealed that individuals with lower levels of vitamin D, along with a higher body mass index, were at a higher risk of developing breast cancer. Specifically, they study revealed that at the time of their breast cancer diagnosis; postmenopausal women were facing a high risk of vitamin D deficiency when compared to women of the same age group who were cancer-free. 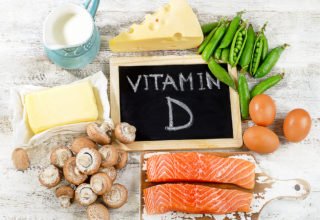 The study highlights the possibility that by restoring normal vitamin D levels, one may not only protect themselves against breast cancer but they might even lower its mortality rate.

Aside from spending adequate time in the sun (10-15 minutes daily), you can also indulge in foods that contain vitamin D. These include cheese, fatty fish such as mackerel, tuna and salmon, egg yolk, mushrooms and raw milk. While the full extent of the role that vitamin D plays in reducing the risk of cancer continues to be debated, this new study may highlight its potential in protecting against such a deadly disease, as explained by Dr. Pinkerton,

“Although published literature is inconsistent about the benefits of vitamin D levels [in] breast cancer, this study and others suggest that higher levels of vitamin D in the body are associated with lowered breast cancer risk.” explained.

Victoria Beckham, Crystal Hefner, Pamela Anderson, Yolanda Hadid, Melissa Gilbert and Heather Morris. What do these famous women have in common with thousands of other women worldwide? Well, for one thing, they all decided to get breast implants when they were younger. Now they each have decided to remove what many are referring to as their “toxic bags”. 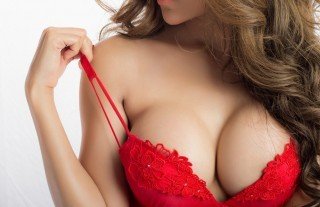 After their arrival on the cosmetic-surgery market in the 1960s, both silicone and saline breast implants quickly became the most popular plastic surgery procedure for women. According to the American Society of Plastic Surgeons, breast augmentation is still the number one surgical procedure for women. It ranks above liposuction, nose reshaping, eyelid surgery and the tummy tuck. The problem, explains Dr Diana Zuckerman, Ph.D. and President of the National Centre for Health Research in the United States, is that surgeons who administer breast implants often minimize the risks associated with this procedure. Consequently, the majority of women don’t realize that a few years after the procedure, they may need to have their implants removed. Additionally, they are unaware that removal costs at least as much as implantation.

Now, about 50 years after breast implants were first introduced globally, un-tracked numbers of women are complaining of a recognizable pattern of health problems, which they attribute to their implants. Those suffering from these symptoms generally refer to the condition as Breast Implant Illness or BII (although non-medical, this term is widely used). Click here to find out more about this.

Could Vitamin D Protect You Against Breast Cancer?