The Link Between Breast Cancer And Weight

Although obesity has been strongly related to breast cancer risk, studies examining whether weight loss might reduce postmenopausal women’s risk have provided mixed results. To examine the issue, Rowan Chlebowski, MD, PhD, of the City of Hope National Medical Center in Duarte, California, and his colleagues analyzed information on 61,335 women participating in the World Health Initiative Observational Study who had no prior breast cancer and had normal mammogram results. The women’s body weight, height, and body mass index were assessed at the start of the study and again 3 years later. 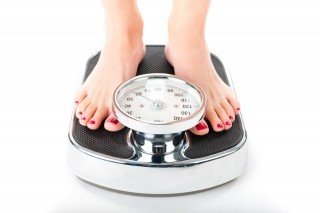 “Our study indicates that moderate, relatively short-term weight reduction was associated with a statistically significant reduction in breast cancer risk for postmenopausal women,” said Dr. Chlebowski. “These are observational results, but they are also supported by randomized clinical trial evidence from the Women’s Health Initiative Dietary Modification trial where, in a randomized clinical trial setting, adopting a low-fat dietary pattern that was associated with a similar magnitude of weight loss resulted in a significant improvement in breast cancer overall survival. These findings, taken together, provide strong correlative evidence that a modest weight loss program can impact breast cancer.”

After their arrival on the cosmetic-surgery market in the 1960s, both silicone and saline breast implants quickly became the most popular plastic surgery procedure for women. According to the American Society of Plastic Surgeons, breast augmentation is still the number one surgical procedure for women. It ranks above liposuction, nose reshaping, eyelid surgery and the tummy tuck. The problem, explains Dr Diana Zuckerman, Ph.D. and President of the National Centre for Health Research in the United States, is that surgeons who administer breast implants often minimize the risks associated with this procedure. Consequently, the majority of women don’t realize that a few years after the procedure, they may need to have their implants removed. Additionally, they are unaware that removal costs at least as much as implantation. Now, about 50 years after breast implants were first introduced globally, un-tracked numbers of women are complaining of a recognizable pattern of health problems, which they attribute to their implants. Click here to find out more about this.