Why Men Must Stop Pretending They’re Not At Risk

Men must stop encouraging the message that being a man is simple when it really isn’t.  Just like women, we are all human and therefore all experience hardships. How simple is it to be a man? I am asking the question. Everybody will have a different answer, but on the whole, it’s going to be pretty similar. Many believe that it’s easier to be a man. Men please stop these assumptions now!

How complicated can masculinity be right? I mean men don’t need to worry about childbirth, nor do they need to be concerned about their weight or hormones. Men should stop right there. It’s not just men who make these assumptions, it’s the rest of the world too. We all jump to the conclusion that men are designed to be physically strong, mentally resilient and completely self-sufficient. Just to make matters worse, there’s a stereotypical belief that all men should also lift weights, drink beer and enjoy watching or playing sports. Can you not see the issue?

We’re making massive assumptions and generalizations which is causing many men who do not fit these categories to feel pressurized, anxious or depressed. Living up to certain expected criteria can be very exhausting and unfortunately, it’s having a massive impact on men.

Men stop communicating these stereotypes because it’s a very unsustainable and outdated belief system. The problem is trying to change these perceptions when they’ve been passed down from father to son to father.

Men and Women Will Experience Similar Experiences in Difficult Times

No matter what life you live, it will never be simple. Everybody – man or woman – will experience difficult or uncertain times. The main thing is that when times are difficult every man knows that he can speak about it, instead of keeping quiet. Expressing your feelings is not a sign of weakness. In fact, according to the research, thousands of men are taking their own lives every year because of these belief systems. That’s scary. 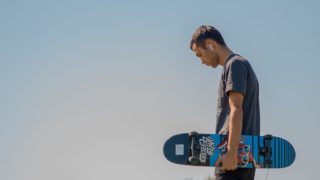 Everywhere women talk about how difficult it is to be a woman. When was the last time you read or heard about how tough it is to be a man? I guess it wasn’t until recently. Men must stop, because believe it or not there are downsides too. The discussion is now unfolding everywhere online and men are speaking openly about the effect of this ‘toxic masculinity’ on their lives. Many men feel isolated, lonely or even uncomfortable around their friends because of unrealistic social expectations. You know, the kind of expectation to be ‘tough, emotionless and sexual.’

Do You Really Think That Every Man Is Born This Way?

We don’t. If men stop pretending to be something they’re not, then the rest of the world will stop too. There’s definitely a stigma about men talking about feelings. This is because we’re born into a world that thinks men have to be ‘tough’, and push their feelings because it isn’t ‘manly.’ This must stop because men are human too and can feel emotions and vulnerability just as much as a woman can.

Relationships will also improve. Men often don’t communicate their feelings with their partners which is why so many relationships fail. Men stop pretending because it’s okay to express yourself and to feel things. Having said that, women also need to be open to listening to men. In addition, men should feel confident and void of fear when expressing themselves. Mental health amongst men is very important right now.

I don’t know why this is something that the world has managed to hold onto. Being open is not weak, it’s incredibly courageous and mature. It’s time masculinity gets re-branded. Apparently, in a YouGov survey of 18 to 24-year-old men. Only three percent of participants said they associate masculinity with kindness. Moreover, just one percent said that masculinity represents respectfulness, honesty or support. 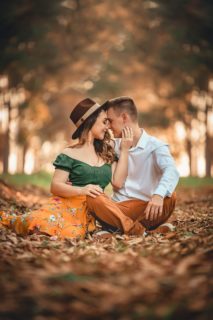 That’s insane because it means the world generally doesn’t perceive masculinity to be kind nor open. The survey also found that two in three admitted they felt pressured to engage in ‘hyper-masculine’ behavior like physical strength, aggression, and sexuality. More than half said crying in front of others makes a man less manly. But why?

Often men find it hard to communicate with their sons about anything other than computer games, fast cars or sports. Even worse, they cannot express their feelings. The fastest way for men to express their emotions through anger is whether it’s during a fistfight or with their wife. This all starts during the early years from the playground to your relationships and might even be shaping your career.

Studies are there to prove it. According to the Journal of Personality and Social, Psychology.  Most men who are agreeable, friendly, supportive, and sympathetic earn around 18 per cent less than their stereotypically masculine colleagues. This is crazy. Therefore, men who express anger at work rank higher professionally than men who express sadness. Men must stop participating in this trend so that we can start changing the way the world works.

Men Stop Being A Man’s Man

There are massive consequences to being a man’s man, whether you like it or not. There might seem to be a lot of pros like getting on with life, never feeling upset, or raking in the money. However, no matter how profitable it might seem right now, later down the line you’ll end up falling short. These things have a way of backfiring.

There is good news that the suicide rate is decreasing. However, it is still the single biggest killer of men under 45. Clearly, this is a sign saying ‘men must stop,’ we have got a lot to talk about. 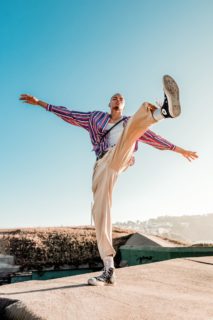 According to Men’s Health, the thousands of people in the UK who choose to end their lives each year, are men. 75 percent to be exact. Another issue is that men don’t tend to compliment each other very easily either. Instead, they make jokes at each other’s expense or bring each other down. It’s usually pretty common for a woman to say ‘wow, you look gorgeous’ but men don’t do this.

This will help so much! The issue is that there is no room for emotional vulnerability in the ‘real man’ rulebook. According to the Medical University of Vienna, most men explain that their masculine beliefs lead them to isolate themselves when they are feeling down to avoid imposing on others.

The other issue is that these masculine norms make men feel a lot more anxious. Unfortunately, when you are dealing with these emotions for a long period of time it can reach a peak. This often translates into suicide. Men stop falling into the trap of these stereotypes.  This is a lot to take in.. But it needs to be spoken about. No matter how emasculated it might make you feel.

Mental Illness Or Not, To Be A Man You’re At Risk

Men stop thinking that just because you don’t suffer from a mental illness that you’re never going to be affected. You’re still at risk. In fact, getting in touch with your ‘feminine side’ might be the answer. The study discovered that characteristics like being gentle, warm, and sympathetic all helped reduce the risk of men dying from coronary heart disease. 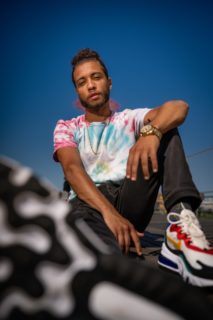 Do you still have doubts about how easy it is to be a man?

Well, according to The Guardian last year. Men are more likely to die younger than women in the US (just like in the UK). However, the researchers found no significant difference in the proportion of elderly trans-men and non-trans men. What does this mean?

Men must stop making assumptions. You are not dying because you’re born male. In fact, you’re dying because of what it means to be a man.

This means that all men stop using these generalized stereotypes and start turning them on their head. It’s time for a change. The research is also here to clearly show you the facts. Be brave and use this knowledge to your advantage to live a better, happier life. Better yet, if you’re not coping then speak up and reach out when you’re struggling.

This means digging deep and having the courage to explore what’s going on within. Lastly, if you really want to be proud of yourself and show true strength then you will do everything in your power to respect yourself, your needs and open up to vulnerability.

Effective workouts are not always the most gruelling or painful ones. Just because you’re not dripping in sweat or pulling funny faces when you workout, doesn’t mean your workout wasn’t effective.

Why Men Must Stop Pretending They’re Not At Risk