When I read an advertisement for No.1 Rosemary Water in the latest edition of British Vogue, I was curious. What is rosemary water and will finding out Rosemary’s secret help me live longer?

The Vogue promotion explained No.1 Rosemary Water was inspired by a particular rosemary herb found in a small Italian village called Acciaroli. The village has been of interest to scientists studying longevity. In fact, LongevityLive has also written on the subject before. The number of centenarians is more than 300. For a town of just about 2000 residents, this is notable. Scientists attribute many factors to their longevity.  One of which is the rosemary which the locals eat.

David and Melinda Spencer Percival founders of No.1 Rosemary Water Limited, decided to bottle the rosemary in water and sell it to those yearning for good health longevity.

Who Is Gushing over No.1 Rosemary Water?

Can this young brand live up to its longevity promises? Not everyone is gushing. CampaignLive,  reported that an ad campaign created for No.1 Rosemary Water was cited by the ASA in Britain for making false claims and had to be withdrawn.

According to Campaign, the brand has had nine of its executions banned by the Advertising Standards Authority.  The executions relate to a wide range of disallowed healing claims.

They reported that there were 19 complaints from members of the public over the ads.  The complaints were about explicit and implied claims about the product:

The ASA also investigated whether the inclusion of references to “the UK’s best botanical scientists.”  They looked at whether  “Dr. Mark Moss of Northumbria University” breached the CAP Code prohibition on referring to the recommendation of an individual health professional.

The company has admitted that some of the claims were prohibited. However, they did not believe all of them were.

But the ASA disagreed. It ruled that the brand’s collection of ads had breached CAP Code rules on food, food supplements and associated health and nutrition claims; misleading advertising; and substantiation; and ordered that the ads not be used again in the form complained about.

At the very least this advertising was cheeky, even a clever PR tactic to launch the brand.

Does this mean rosemary is not useful for longevity?

The Value of Rosemary in Aromatherapy

We know that rosemary has been used as a plant-based remedy in traditional medical preparations, aromatherapy and in cooking food for centuries. 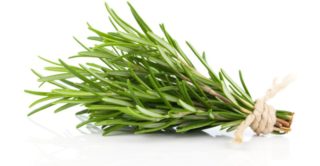 Dr. Mark Moss of Northumbria University believes in the value of alternative treatments. He told the BBC, “We have spent many years rubbishing alternative treatments, but there is – I believe – a real benefit in allowing people to take control of their own health with treatments that make them feel better – even if we haven’t been able to prove how.”

Together with a team of researchers, he conducted an experiment testing the effects of not only rosemary oil, but also of other plants and herbs. Dr. Moss cited that the results of these experiments had demonstrated many benefits of aromatherapy oils, like lavender and lemon and, of course, rosemary.

The findings of his research revealed that rosemary increased the participant’s energy levels and alertness. The research team also noted increased brain wave activity with inhalation of rosemary.

The inhalation method was used. Inhalation is one of the best ways of getting drugs into the brain, explained Dr. Moss. “When you eat a drug, it may be broken down in the liver which processes everything absorbed by the gut, but with inhalation small molecules can pass into the bloodstream and from there to the brain without being broken down by the liver.”

He believes  that the implications of this kind of research are huge. But that does not mean you need to spend your days smelling of rosemary and your night sleeping on a pillow of lavender.  “The effects were measurable, but modest. In addition, they give us a clue that further research into some chemicals in essential oils may yield therapeutics and contribute to our understanding of memory and brain function. It’s also important to remember that any drug that has a measurable effect, even if inhaled from a traditionally prepared essential oil, may also have a measurable side-effect. You can’t tinker with brain biochemistry and expect things to be simple.”

Back to Campaign, who have continued tracking the evolving brand story. A more recent report alludes to those beautiful print ads I noticed in Vogue. “The brand is taking out double-page spreads in Conde Nast titles Vogue and GQ, featuring a new character, Rosemary. She is played by 56-year-old marathon runner Caroline Labouchere – who personifies the herb of the same name.” 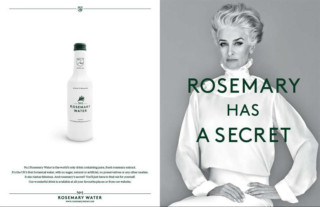 They quoted David Spencer Percival saying: “Because of EU legislation we have to prove our health credentials through a long and pharmaceutically-focused process of clinical trials. Less than 10% of the natural health applicants that go through that very expensive process are successful.

Therefore, until we have completed that process, we’ve had to change the way we deliver our message – and this campaign is the stunning result.”

What Makes Acciaroli So Special?

One distinguishing element that must be noted is that the inhabitants of Acciaroli are big growers and consumers of rosemary. This herb plays a very important role in their diets, where it is used as a key ingredient in everything. From salad dressings and pasta garnish to marinade for seafood. In the area surrounding the town, rosemary has grown abundantly.  Not only in the gardens of the locals, but it also occurs naturally in the surrounding hills.

Acciaroli is located in an area that not only sports excellent weather, but has little industry, resulting in clean, fresh air for its inhabitants. Due to this, they enjoy an active existence. Hiking and walking outdoors regularly and spending time at the beach, which is also said to be great for longevity and relieves stress naturally.

Before you run out and stock up on bottles of rosemary water,  consider what researchers at Rome’s Sapienza University and the Sandiego School of Medicine have to say.

After months spent studying the elderly residents, the researchers were still unsure whether it was fresh food, genes, sex or the rosemary that was creating high incidences of longevity.  Or perhaps it’s all these factors combined.

What they found after analyzing blood samples from more than 80 residents were extraordinarily low levels of adrenomedullin, a hormone that widens blood vessels.  They also found inhabitants had wonderful blood circulation for their age. The levels of adrenomedullin were similar to those you would normally find in people in their 20s and 30s. High levels of this hormone can cause blood vessels to contract. This causes circulatory problems which can lead to other serious health conditions.

Not An Exact Science 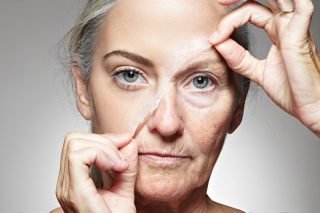 However, the team has yet to discover the exact cause of the phenomenon.  They believe it is closely related to diet and exercise.  The inhabitants enjoy good sunshine and clean air which keeps them outdoors, swimming at local beaches, walking the hillside and being active in general. They eat a Mediterranean diet of locally caught fish, home-reared rabbits and chickens. As well as olive oil and home-grown vegetables and fruit.

The study also noted that the variety of rosemary found in Acciaroli may have especially high concentrations of beneficial substances. However, they admitted this needs broader examination.

Another specialist, Dr Alan Maisel, a cardiologist from the School of Medicine at the University of California, San Diego, told The Telegraph that when his team tested the rosemary, “they found a dozen different compounds there.”

“Sexual activity among the elderly appears to be rampant,” Dr Maisel said. “Maybe living long has something to do with that. It’s probably the good air and the joie de vivre.”

The villager’s abundant sexual appetite also did not escape Dr. Salvatore Di Somma, a professor of medicine at Sapienza University in Rome.  He wrote, “At 95, they have brains more like someone who is 50, and at 50, you’re still thinking a lot about sex.”

The genetic make-up of the people in this insular area is probably a factor as well. And then of course we must not forget US nutritionist Ancel Keys.  Back in 1950 he started researching the region as he sought to establish evidence that a “Mediterranean diet” contributed to longevity.

He moved to the region with his wife and lived to be 100 years old.

Have we discovered the Fountain of Youth?  No,” Maisel told The Independent. “But we’re asking the right questions.”

David Percival Spencer told the media, “I thought: I must eat more rosemary.” “But how can I do that? They chew on it raw in this village, and I really didn’t want to do that. So, I thought, I’ll just drink it – it seemed perfectly rational to me. I went on Google, and I couldn’t find anywhere in the world that sold it commercially.”

No.1 Rosemary Water Limited may well be onto a good  idea.  According to industry analysts, the lucrative global beverage market has grown by 9 per cent annually in recent years and is now worth $147bn.

However, only time will tell.

In the meantime, there are other ways you could get some of the herb’s benefits if the water is not available where you live. Or if you live in the UK and don’t want to spend £3.95 for a 750ml bottle of infused water, you could grow rosemary in your back garden to cook and chew on. Or even inhale rosemary oil daily.

This is an unfolding health story. However,  for now it seems just drinking the rosemary water will not deliver you the promise of longevity.  For that, you may just have to pack for Acciaroli and live like the locals. And you never know. You may well get to live to 100.

Skincare Tips To Help You Take Good Care Of Your Skin