Women are still left out of health studies 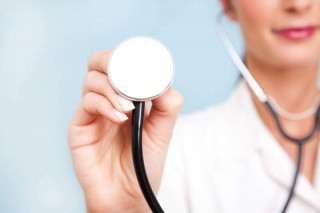 A new report reveals that the world of science is still ignoring women’s unique health issues far more than it should.

“The science that informs medicine, routinely fails to consider the impact of sex and gender, and this occurs at some of the earliest stages of research — from animal to human studies,” commented report author Dr Paula Johnson.

While women are now more routinely included in clinical trials and an entire field of women’s health has emerged beyond reproductive health, “there are still enormous gaps in the scientific process as it relates to women,” said Johnson, who is executive director of The Connors Center for Women’s Health at Brigham and Women’s Hospital in Boston.

The latest statistics are indeed grim:

The report also recommends more transparency in research on drugs and medical devices, and suggests that clinical trials should carry a disclaimer if a study has not included enough female participants. Johnson said another goal is to adopt clinical care practices that use a gender-based lens in health care and medical research.

Women need to drive the conversation, said Dr Eve Higginbotham, vice dean for diversity and inclusion at the Perelman School of Medicine at the University of Pennsylvania, in Philadelphia.
“We still have a lot of bias embedded in academic medicine, and certainly it comes down to the people actually doing the studies,” said Higginbotham. “Women are still struggling to get to the highest levels of academic medicine. In many cases, women are not the primary drivers in many of these studies.”
Higginbotham noted that the highest levels of academia in medical schools are still slim on women — women only represent 5% of medical professors in the United States.
“Change takes time, and it’s going to take a number of factors to drive that,” Higginbotham said. “Having the summit is a good first step in at least acknowledging the lack of progress that has been made and making people more aware.”

Women are still left out of health studies