What the world’s healthiest diets have in common?

Nutritionists around the globe say that healthy eating means consuming the right foods from all food groups. But, with new diets constantly trending,  it can be difficult to know what we should be doing. More often than not, we find ourselves jumping from one diet to another just to see how it works.

One of the biggest reported concerns is that we put too much focus on the word “diet”, instead of looking at the food we eat within the course of a day, a week or a month period. This way it would become a lifestyle, rather than a diet.

Celebrity trainer, nutritionist, author and television host, Harley Pasternak who is known for his books The Body Reset Diet and The 5-Factor Diet, recently travelled to the healthiest countries to learn about how these eating plans work. 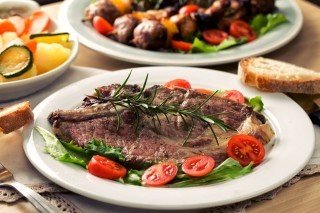 The focus of the Mediterranean diet isn’t on limiting total fat consumption, but rather on choosing healthier types of fat. It discourages saturated fats and trans fats, both of which contribute to heart disease and other non-communicable diseases.

Recent research published by The Mayo Clinic has shown that the traditional Mediterranean diet reduces the risk of heart disease by a good margin. In fact, an analysis of more than 1.5 million healthy adults demonstrated that following a Mediterranean way of eating was associated with a reduced risk of death from heart disease and cancer, as well as a reduced incidence of Parkinson’s and Alzheimer’s diseases, possibly due to the inclusion of healthy omega fats. The Dietary Guidelines for Americans recommends the Mediterranean diet as an eating plan that can promote health and prevent disease. The Mediterranean diet is one your whole family can follow for good health.

Professional Opinion – According to Melissa Kelly, founder of Scoop to Lose, the Mediterranean diet is in line with every sound nutritional opinion there is. “The eating plan promotes long-term weight loss and better health, and allows you to eat your favourite foods in moderation,” she says. Because the diet includes food groups such as fruits, vegetables, whole grains, lean protein and low-fat or fat-free dairy products, you are able to have sustained weight loss and health over a longer period of time, in comparison with quick-fix, fad diets. Registered dietician Celynn Erasmus adds that the Mediterranean diet is a great way to ensure you increase your nutrient intake, as well as reduce your chances of suffering from a chronic disease. 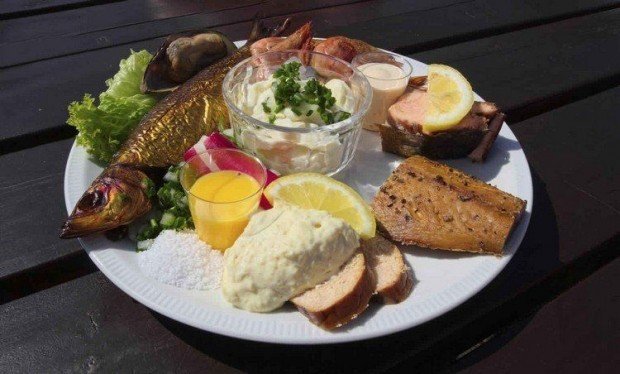 Scientists designed this diet to contain 35 percent less meat than the average Danish diet, more whole grains and locally sourced produce and more than 75 percent organic produce. Called the New Nordic diet, it’s similar to the Mediterranean diet in that there is a big emphasis on whole grains, fruits, vegetables, eggs, oil and seafood, while foods like meat, dairy, dessert and alcohol are eaten sparingly.

The New Nordic Diet was developed in 2004, when food professionals and chefs from the five Nordic countries met in Copenhagen to define a new regional cuisine, which, in contrast to traditional eating habits, would be healthier. Though the recent trend of Nordic-inspired restaurants, such as Noma in Copenhagen and Acme in New York City, is to incorporate complex cooking methods and charge high prices, the basic diet is simple and affordable, emphasizing seasonality and sustainability of ingredients, avoidance of food additives and minimisation of waste.

Fish is important for healthy diets

Rich in plant foods (often foraged), the diet includes lots of root vegetables, cabbage (and other crucifers), dark greens, apples and pears, berries (such as ligonberries and bilberries) and whole grains (such as rye and oats). Fish (such as salmon and herring) is also prominent, along with some wild game (such as elk, inherently low in fat) and small amounts of dairy. Other wild foods include moss, mushrooms, nettles, garlic and even ants. Fresh herbs include dill, chives and fennel.

Scientifically speaking – Several studies, such as one published in the Journal of Internal Medicine in 2013, have found that the New Nordic Diet improves blood cholesterol levels in people with cardiovascular risk factors, compared to the usual Nordic diet or a typical Western diet. And some (but not all) studies have found that the diet lowers blood pressure and improves insulin sensitivity. Being on a diet for just 6 to 18 weeks has been found to have benefits.

Interestingly, in two studies (including one published this year in the American Journal of Clinical Nutrition), people on the diet lost significant weight, though they weren’t told to restrict calories, which indicates that they felt satisfied. Another study found that people who ate six characteristic foods of the diet had a lower risk of premature death over 12 years.

This low-calorie yet nutritionally dense diet is big on fruits and vegetables but sparse when it comes to meat, refined grains, and sugar, salt and full-fat dairy.

Reports suggest that, on average, a typical Okinawan may live to around 110 years. This is partly because of their genetic make-up. However, recent community research studies on Okinawa population suggest that the most important factor influencing their longevity is the simple food they eat.

Scientifically speaking– The diet of the Okinawan people is 20% lower in calories than an average Japanese consume. Their diet consistently averaging no more than one calorie per gram and the average Okinawan has a BMI (Body Mass Index) of 20. It has been widely recognized that the food consumed itself contains more free-radicals than through external agents like bacteria, viruses, etc. Calorie restriction, therefore, thought to improve health and slow the aging process in some animal models like rodents by limiting their dietary energy intake below daily-average needs.

The Okinawa diet is low in fat and has only 25% of the sugar and 75% of the grains of the average Japanese dietary intake. Low fat and limited sugar in the diet can definitely help prevent coronary heart disease and stroke risk. 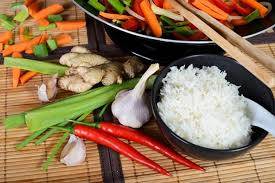 There isn’t really one traditional Asian diet, but a group of international nutritionists collaborated together in the 90’s to come up with an Asian Food Pyramid. It prioritizes rice, noodles and whole grains, as well as fruits, vegetables, legumes, seeds and nuts as the most-eaten food groups. Fish and shellfish are optional daily choices, while eggs and poultry should be eaten weekly.

Scientifically speaking – Asian countries have less incidences of obesity, cardiovascular disease and metabolic diseases like diabetes than Western countries, although that seems to be slowly changing thanks to rising economies and urbanization. One Harvard nutrition researcher notes that high-carb, high-glycemic aspects of a traditional Chinese diet are colliding with an increasingly urbanized, inactive lifestyle to create an “emerging public health dilemma.”

Asian diets are low in fat, especially the saturated variety, and high in fibre, due to an emphasis on fruits and veggies, whole grains, and rice. And they’re in line with the medical community’s widely accepted definition of a heart-healthy diet that keeps cholesterol and blood pressure in check and heart disease at bay. 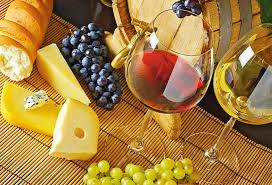 Scientists are kind of scratching their heads at this one. The French have some of the lowest obesity rates in the developed world and longest life expectancies, despite the rich food they eat. Their dishes include full fat cheese and yoghurt, butter, bread, and small but regular amounts of cheese and chocolate are some of the hallmarks of this rich diet.

Scientifically speaking –  Scientists haven’t found a definite answer to why French people are amongst the healthiest and live the longest but they reckon it could be their regular intake of wine.

The French Paradox was first noted by Irish cardiologist Samuel Black in 1819. He found that the French had lower heart rate deaths compared to the Irish and attributed this to ‘the French habits and modes of living, coinciding with kindliness of their climate and the peculiar character of their moral affections’. This was the beginning of more current thinking that other dietary and lifestyle factors may play a part in the risk for heart disease.

It wasn’t until the 1990’s that the French Paradox was looked at again. Dr Serge Renaud, a scientist from Bordeaux University in France, coined the term ‘French Paradox’ after his 1992 study. This was a large study of middle age French men. He found they have a long life expectancy despite a diet high in saturated fat. Although the diet included butter, cheese, eggs and cream, contributing to 15% of calories from saturated fats, the incidence of CHD was only 40% of the American incidence of CHD.

The benefits of wine in moderation

He concluded that two to three glasses of wine a day reduced death rates from all diseases by up to 30%, but four glasses a day were found to have an adverse effect on health. He suggested that the combined effect of alcohol and antioxidants in the wine played a role in reducing CHD. The French Paradox became internationally recognized when in 1991 he, together with another French Paradox supporter Dr R Curtis Ellison of Boston University School of Medicine, outlined the research on the ‘60 minutes’ documentary in the USA.

Pasternak reckons the biggest error other countries make when it comes to maintaining a healthy lifestyle is eating bigger portions than what they should be eating.

So the answer to the question at hand, which is, what the world’s healthiest diets have in common- is quite simple.

These diets incorporate the five essential main food groups which are:

Manage Your Post-Lockdown Skin With These Beauty Buys

What the world’s healthiest diets have in common?