Asian Longhorned Ticks Are A Menace But Are They A Health Hazard?

It has taken just one bite of the Big Apple and Asian longhorned ticks have gone from scientific surveillance to mainstream media headlines. These pesky ticks are not a new phenomenon in America, but are now being more closely watched by health authorities.

Asian Longhorned Ticks Are Not New

The species was first discovered feeding on some livestock in New Jersey two years ago. These arachnids apparently arrived in America without anyone knowing how they got here.

Slowly but surely the public have been notified of this  potentially growing menace. On 31 May 2019 the journal Clinical Infectious Diseases published a report verifying the first identified human bite on American soil by an Asian longhorned tick.  This has given momentum to calls by scientists to conduct more research on these ticks and the potential health risks.

Are Asian Longhorned Ticks as Dangerous to Humans as Blacklegged Ticks? 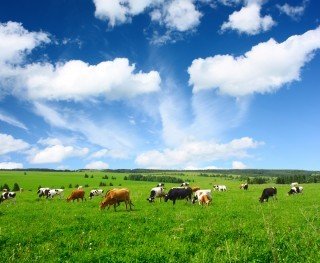 This is understandable. These ticks multiply at a rapid rate.  Indeed, females can produce massive numbers of offspring without mating. They have also wreaked havoc in countries like New Zealand and Australia. They like to feed off livestock and have reduced production in dairy cattle by 25%

The bite took place in New York. The victim of the bite was a 66 year-old man. The tick found his victim in his back yard in a densely populated, suburban area.  This is not the usual habitat for these ticks.

His doctor prescribed him a single 200-milligram dose of doxycycline thinking the bite came from a common blacklegged tick.

Yet the man preserved the tick and took it to the Lyme Disease Diagnostic Center in Westchester, New York. They identified it as an Asian longhorned tick nymph.  The tick was also sent for genetic sequencing at the National Veterinary Services Laboratory in Ames, Iowa. They ended up confirming the results.

Authorities have been trying to work out where the tick came from. However, his only outdoor exposure 30 days prior to the bite took place on his lawn and one other lawn in the same area. The question of how the ticks got into this area remains unanswered.

Asian Longhorned Ticks On The Lawn in Direct Sun

The tick was not alone either.  After authorities examined the yard in more detail, they discovered more Asian longhorned ticks on the patient’s manicured lawn and in direct sunlight.   They also found more ticks in the park across the street from the patient’s house. In the open, cut grass which is exposed to the direct sun as well, as in taller, shaded grass next to the woods. Testing also found ticks on a nearby public trail, mowed short and mid-length grass near the trail-edge, both in full sun and partial shade. The discovery of ticks near the man’s house was the first known collection in New York state. 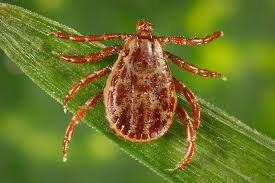 The report said it was significant that ticks were found on manicured lawns and in the open sun.   Public education efforts may have to be revisited. These campaigns inform the blacklegged tick —the most common biting tick in New York state— is mostly found in wooded areas or shaded grass.

Lyme Disease Claims Over 300 000 Victims in the U.S. Annually

Rick Ostfeld is a senior scientist at the Cary Institute of Ecosystem Studies in New York State and a tick specialist.  He’s also the lead in a study on the spread of Lyme carrying ticks.  Ostfield told reporters that Asian longhorned ticks have probably bitten humans in the U.S. before — but no one realized the bite came from a different species of tick.

Bobbi Pritt, MD, MSC,  clinical microbiology at the Mayo Clinic in Rochester, Minnesota, wrote in an editorial that while the report of a human bite isn’t surprising, it is worrying. “This is extremely worrisome for several reasons. One reason is that Asian longhorned ticks can carry several important human pathogens, including the potentially fatal severe fever with thrombocytopenia syndrome (SFTS) virus and Rickettsia japonica, which cases Japanese spotted fever.”

She says that while these pathogens have yet to be found in the United States,  authorities must consider whether there is a risk to their future introduction.

She says several other human pathogens have been found in the ticks, but  it’s unclear  if Asian longhorned ticks are able to transmit them to humans.

“It’s possible that the tick—known to be an aggressive biter—might be able to transmit Heartland virus, given its close relationship to SFTS virus.”

Pritt believes the invasive species is here to stay for the foreseeable future. Next steps should include public awareness campaigns that incorporate new information. This should include easy-to-use resources for labs to identify the tick, and more research to understand the implications of the new findings.

The Centers for Disease Control and Prevention assures it has been tracking the issue. Together with the U.S. Department of Agriculture, the Northeast Regional Center for Excellence in Vector-Borne Diseases at Rutgers University and the state health department, they are investigating where and how widespread the tick is. And whether it can spread pathogens to animals and people in the United States.

Lars Eisen, a research entomologist with the CDC’s division of vector-borne diseases in Fort Collins, Colo., says research is ongoing to clarify the types of environments where you can be exposed to Asian longhorned ticks.

What does the CDC recommend?

For now, the CDC hasn’t changed its recommendations to prevent tick bites. Eisen assured the media this is based on most current information. The method that the CDC recommends preventing bites by other tick species is likely to be effective against Asian longhorned ticks too. This includes using EPA-registered repellents on skin and clothing and frequent tick checks soon after coming indoors “from potentially tick-infested areas, including your own backyard.” 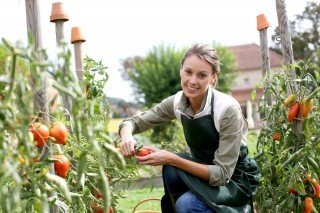 Ostfeld believes too many new tick precautions may be in order given the improbable location of a human bite on a well-trimmed lawn in sunlight in suburbia. “We might want to expand the types of habitat that people have to be concerned about,” he says.

He’s also concerned about causing “tick fatigue”. You don’t want to “make your warnings so dire that people start to think they can’t do anything about it or avoid the out-of-doors altogether,” says Ostfeld.

Lyme disease is a growing concern

Lyme disease hotspots in the U.S. have  risen from 69 in 1995 to 260 in 2012. At the same time, the range of ticks that transmit the disease has doubled.  Lyme disease continues to spread due to expanding tick populations, climate change, and forest fragmentation.  The disease is considered one of America’s most complicated public health crises.

Lyme disease can be difficult to diagnose and treat, and has a profound impact on victims and their families. Treatment is also expensive. One study estimated that tick-borne illnesses cost the U.S. healthcare system up to $1.3 billion annually.

While some aspects of Lyme disease treatment are controversial, everyone agrees about the importance of disease prevention. No human vaccine is available, so it is important for people to reduce being exposed to infected ticks. Prevention is key.

The Tick Project is one such project. By understanding the ecology of Lyme disease scientists  Rick Ostfeld and Felicia Keesing of Bard College hope to find a prevention method. They are leading this five-year study which aims to determine whether neighborhood-based prevention can reduce human cases of Lyme and other tick-borne diseases.

No Need To Panic

While authorities say there is no need to panic, they do expect to see more bites from Asian long-horned ticks. “The tick is known to bite people in other parts of the world, so the CDC expects to see occasional human bites in the United States as well.

What you should do if you think you have found Asian longhorned ticks in your yard?

Protect Yourself. Your pets. Your Livestock 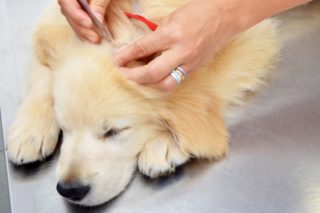 7 Illnesses That Ticks Can Cause That Isn’t Lyme Disease

Lyme Disease Can Be Avoided Naturally. Here’s How

Asian Longhorned Ticks Are A Menace But Are They A Health Hazard?