Brain scientist studied her own stroke as it happened

There are thousands of fascinating health talks on TED, however this inspiring talk is one of TED’s most popular with over 16 million views to date from when it was first aired in 2008. Delivered by Dr Jill Bolte Taylor, a neuroanatomist, she studied her own stroke as it happened and has since become a powerful voice for brain recovery.

In the TED talk she explained how it all unfolded: “On the morning of the stroke, I woke up to a pounding pain behind my left eye. And it was the kind of pain — caustic pain — that you get when you bite into ice cream. And it just gripped me — and then it released me. And then it just gripped me — and then it released me. And it was very unusual for me to ever experience any kind of pain, so I thought, “OK, I’ll just start my normal routine. So I got up and I jumped onto my cardio glider, which is a full-body, full-exercise machine. And I’m jamming away on this thing, and I’m realizing that my hands look like primitive claws grasping onto the bar. And I thought, “That’s very peculiar.” And I looked down at my body and I thought, “Whoa, I’m a weird-looking thing.” And it was as though my consciousness had shifted away from my normal perception of reality, where I’m the person on the machine having the experience, to some esoteric space where I’m witnessing myself having this experience.“

“I realized, ‘Oh my gosh! I’m having a stroke! I’m having a stroke!’ The next thing my brain says to me is, ‘Wow! This is so cool! How many brain scientists have been able to study the brain from the inside out? I’ve gotten as much out of this experience of losing my left mind as I have in my entire academic career.”

Stroke is a disease that affects the arteries leading to and within the brain. A stroke occurs when a blood vessel that carries oxygen and nutrients to the brain is either blocked by a clot or bursts (or ruptures). When that happens, part of the brain cannot get the blood (and oxygen) it needs, so it and brain cells die. Every year, 15 million people worldwide suffer a stroke. Nearly six million die and another five million are left permanently disabled. Stroke is the second leading cause of disability, after dementia. Disability may include loss of vision and / or speech, paralysis and confusion. 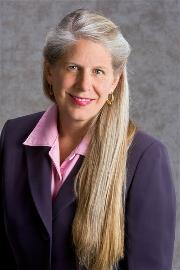 Dr. Jill Bolte Taylor is a Harvard-trained and published neuroanatomist who experienced a severe hemorrhage in the left hemisphere of her brain in 1996. On the afternoon of this rare form of stroke (AVM), she could not walk, talk, read, write, or recall any of her life. It took eight years for Dr. Jill to completely recover all of her physical function and thinking ability. She is the author of the New York Times bestselling memoir My Stroke of Insight: A Brain Scientist’s Personal Journey (published in 2008 by Viking Penguin). In 2008, Dr. Jill gave a presentation at the TED Conference in Monterey, CA, which turned out to be the first TED talk to ever go viral through the internet. TED and Dr. Jill became world famous instantaneously and her TED talk is now the second most viewed TED talk of all time. Dr. Jill was chosen as one of TIME Magazine’s 100 Most Influential People in the World for 2008, she was the premiere guest on Oprah’s Soul Series web-cast, and her book My Stroke of Insight became a New York Times bestseller.

Dr. Jill is currently working with the Hawn Foundation on the development of a high school curriculum related to their Mind-Up program which teaches children about the neuro-circuitry of the human brain involved with reactivity, meditation, mindfulness and cognitive accountability. Dr. Jill created the not-for-profit organization Jill Bolte Taylor BRAINS, which is dedicated to providing educational services and promoting programs related to the advancement of brain awareness, appreciation, exploration, education, injury prevention, neurological recovery, and the value of movement on mental and physical health, as well as other activities that support this purpose.
Dr. Jill remains the National Spokesperson for the Harvard Brain Tissue Resource Center (Harvard Brain Bank), and educates the public about the shortage of brain tissue donated for research into the severe mental illnesses.

Some Daytime Napping Is Good For You, But Beware Weekend Dozing

Brain scientist studied her own stroke as it happened