CBD Oil for Depression: Does it Work?

CBD oil,  or cannabidiol, is a natural plant-based oil. It contains naturally occurring chemicals known as cannabinoids. Studies have shown cannabinoids  contain ‘feel good’ molecules. They can even be made in your body. You experience them when you feel relaxed or involved in a positive activity like hugging someone you care about. These ‘feel good’ elements can also be released when you’re exercising or sleeping. 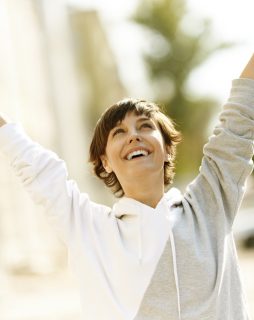 Keep your Body in Balance

Generally, cannabinoids bind to small docking stations in your body known as cannabinoid receptors. These receptors help stimulate the ‘feel good’ responses. Anandamide,  is a brain lipid that binds cannabinoid receptors with high affinity and mimics the psychoactive effects of plant-derived cannabinoid drugs. It’s a vital component of the cannabinoid molecule.  The key to helping your body keep in balance lies in your cannabinoid system. It ensures your stomach is functional and modulates pain, while maintaining a good mood.  It also keeps inflammation down. One of the more significant reasons to buy hemp flowers or CBD oil is that it can help you fight depression.

Anxiety and depression disorders are very common mental health conditions. They have a long-lasting impact on one’s health, ability to work, social life, and overall well-being. In some instances, medical specialists prescribe pharmaceutical drugs to help an individual manage or treat anxiety or depression.  Many of these drugs have side effects such as sleeplessness, mood swings, and in rare cases, sexual dysfunction.

CBD has Minimal Side Effects 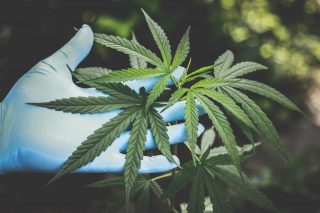 In multiple studies, CBD has revealed exceptional qualities as a treatment option for both anxiety and depression. Besides, it has minimal side effects compared to pharmaceutical drugs. The specific findings of a study in 2014 indicated that it might be useful in the treatment of depression. According to other recent studies, CBD is associated with a positive interaction with human serotonin receptors in the brain.

Generally, serotonin affects different functions in the human body, including your emotional state and feelings of well-being. Keeping serotonin levels in the brain balanced is always a key therapy for individuals battling with depression.

What Does the Research Say?

The researchers also found that the CBD compound worked without directly activating the user’s endocannabinoid receptors. This indicates that there is a very minimal risk of it becoming addictive or habit-forming. This is essential as many people are still concerned about the addition of some cannabis compounds and antidepressants.

Multiple studies in humans have revealed that the compound can be useful for issues associated with depression, including panic disorder and anxiety. A study done in 2017 that focused on the potential benefits of the CBD for anxiety and panic found positive outcomes. According to the researchers, panic disorder affects about five percent of the global population and can result in unexpected and sometimes recurring panic attacks. 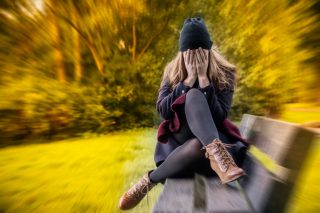 In human testing models, a dose of about 300 mg of CBD resulted in a notable drop in anxiety levels following a simulated public speaking test, according to a 2017 study. Another trial found that 600 mg of the compound created a significant drop in anxiety in patients with a social anxiety disorder.

How to Use CBD

Most people opt to take CBD orally using capsules, oils, or tinctures. According to medical scientists, the compound might be most effective when you take it regularly. There is no risk of CBD addiction, even with long term use.

CBD oil is a potent compound that has been gaining popularity over the last half a decade as an alternative medicine. There is enough evidence for the use of CBD in the management and treatment of depression and anxiety.  Given the growing demand for CBD, scientists continue to conduct studies and experiments to ascertain the effectiveness and safety of the compound.

You should consult your doctor before using CBD oils for depression or anxiety. It is important to discuss how you should use it and the possible interactions with other medications you might be taking.

Anxiety can shorten your life. Here’s how and why

CBD Oil for Depression: Does it Work?