Don’t Let Happiness Elude You, Look At Your Values

Although happiness may be the goal of many – ironically, the more you chase it, the more elusive it seems. So don’t let happiness elude you, take a good look at your values

Align Your Goals To Your Authentic Self

Every human being operates according to a set of priorities or values, from the most to the least important. When their work and daily activities are aligned with what they value most, they become more objective or balanced in their intentions.

They are more objective about their challenges, and more in touch with their authentic selves

In contrast, when they are attempting to live according to their lowest values, they move from the wiser executive center of their forebrain to their lower-order. This is the subcortical desire center or amygdala, which makes them reactive rather than proactive, and emotional rather than rational.

They become more subjective, or one-sided, moving away from the objectivity which enables them to take a whole-minded view of a situation. They become biased, opinionated and unable to see things as they are.

We Chase Happiness To Minimize Pain

When they are dwelling in their amygdala, they respond to threats and unfavorable situations similar to how an animal would – they seek to minimize any pain they may experience and instead optimize pleasure. 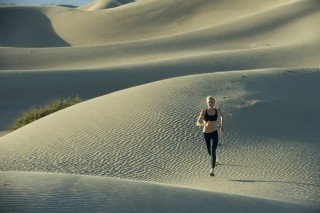 This is something they come to understand and appreciate once they begin operating from their more wisely governing executive center.

From this state, it’s possible for them to grasp the fact that living a full, authentic life requires that you embrace both sides – the so-called positive and the negative experiences.

They may not immediately enjoy the knowledge that pain and challenges are unavoidable, but if they think of it this way: if I told them that a certain individual was always kind, never cruel; always happy, never sad; always upbeat, never down; always optimistic never pessimistic, they would be able to see through this as a distorted lie, and a gross exaggeration. There isn’t a single individual in the world who is ‘one-sided’, all the time.

Each individual expresses a mix of so-called positive and negative behaviors that they are made of.

That’s why any pursuit of happiness is futile. That’s not to say that they would be unwise to strive for contentment – the embracing of both sides. They, indeed, can aim to feel fulfilled and live their lives with meaning – or the meaning between the two extremes. But this is vastly different from the futile chase of an ‘always on and up’ state. In fact, there’s a word for it: eudaimonia, referring to fulfillment and well-being. And it’s this more balanced objective,  rather than ultimately unfulfilling, and inevitably transient, hedonism, that was more wisely their goal.

The concept of Eudaimonia comes from Aristotle’s Nicomachean Ethics, his philosophical work on the ‘science of happiness’ (Irwin, 2012).

Eudaimonia is about individual happiness.

“…well-being is not so much an outcome or end state as it is a process of fulfilling or realizing one’s daimon or true nature—that is, of fulfilling one’s virtuous potentials and living as one was inherently intended to live.”

Depression and The Order Of Values 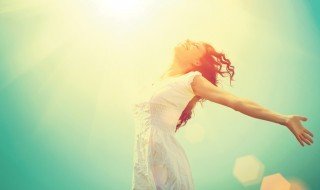 This is why individuals who live in accordance with their lower order values are prone to depression: their lived reality almost always compares unfavorably with their mono-poled fantasies. More unwisely still are individuals who attempt to live according to the higher values and priorities of others who they subordinate to. In contrast, when their lives and goals are aligned to their own highest values, they are more likely to experience fulfillment. It all comes down to them finally acknowledging and then embracing that their world will not be one-sided, which many have confused with being so-called ‘perfect’ because life is necessarily double-sided, and those parts we would rather ignore because they appear to bring us pain are unavoidable.

What is the key lesson?

The key lesson? Objective fulfillment is obtainable and longer-lasting. While the pursuit of immediate gratifying happiness inevitably brings with it its accompanying counterpart sadness.

You’ll Love These Happiness And Wellness Hacks From Finland

7 Steps to Recovering From a Rotator Cuff Injury

Ouch! What is that pain in your gut?

Don’t Let Happiness Elude You, Look At Your Values