Who’s truly in command of your life – the centered, empowered masterful you within, or the misperceived outer world of others around you?

Are you truly objectively directing your life as an individual master, or are you simply subjectively reacting to others and then back justifying and rationalizing such reactions subconsciously as a social slave?

In all probability you have experienced moments in your life when you have had your perceptions of other individuals preoccupy space and time in your mind and emotionally distract you from being fully present – when you became temporarily run by your subjectively biased perceptions of others around you. Many of your everyday emotional reactions can actually emerge from these subconsciously stored, previously experienced encounters that you may have misperceived subjectively to be solely or predominantly pleasurable or painful in nature, instead of more objectively neutral, which such encounters eventually reveal themselves to be through time.

An encounter that may initially be consciously perceived to be solely terrific or terrible can over a day, a week, a month, a year, or five years reveal its other initially unconscious side. But why have the wisdom of the ages with the aging process, when you can have the wisdom of the ages without it? Why not look for both sides synchronously and liberate enormous amounts of so-called subconscious, disempowered suffering?

Only when you have a perfectly and synchronously balanced perception of others and see them objectively as whole and equilibrated are you set free from such biased judgments and subconsciously originating emotionally reactions that can so easily and insidiously run your life. 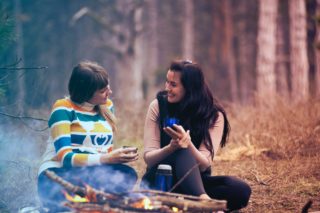 If I approached you, introduced myself and then suddenly and heroically praised you with a serial biased statement such as:

well, chances are you would immediately have your intuitive bullshit meter go off inside your brain/mind and think of the times and spaces where and when you acted out the exact opposite roles of what I just unwisely assumed and carefully projected. You would not have certainty about the heroic image that I thoughtlessly projected onto you. Certainty within will not spontaneously emerge with such a one-sided, subjectively biased view.

And, if I approached you, introduced myself and then suddenly and villainously reprimanded you with a serial biased statement such as: You are always negative, never positive; always cruel, never kind; always mean and never nice; always taking giving, never giving; always stingy, never generous; always inconsiderate, never considerate, and always wrathful, never peaceful, you would immediately have your intuitive bullshit meter again go off inside your brain/mind and think of the times and spaces where and when you acted out the opposite roles of what I just unwisely assumed and carelessly projected. You would not have certainty about the villainous image that I thoughtlessly projected onto you. Again, certainty within will not spontaneously emerge with such a one-sided, subjectively biased view.

Certainty spontaneously emerges in such a balanced view and mind. 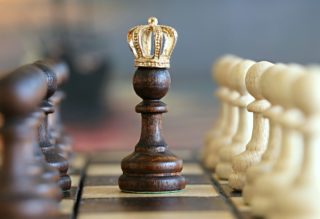 Absolutes (always (∞/1) and never (1/∞) in perceptions are infinitely improbable, subjectively biased and unrealistic projections you can sometimes unwisely impose onto other individuals. More balanced objective perceptions are more probable and realistic and can liberate you from the noise that emerges in your brain/mind from such unwise absolutes.

Ultimately through time or inward presence you wisely learn that no other individual is worth putting up on a pedestal or down into a pit. No one is worth infatuating with or resenting, but everyone is worth putting in your heart. You may momentarily be too humble, or too proud to admit what you see in others is actually already inside you, and it may simply be in a form that has so far eluded you, but nothing is actually missing within the vast and whole you. You are both the hero and the villain, the saint and the sinner, the virtuous and the vicious and so are all those around you in different place and times. You do not have to hopefully acquire or get rid of any part of yourself to fully love yourself. You deserve to be loved as you are and as the whole. Since the world of others around you is a reflection of the world within you, by asking intuitive questions that allow you to see both sides synchronously you can center yourself and masterfully run your own life. You are here to be an objective master of your destiny not a subjective victim of your history. So take command of yourself by balancing your view and opening your heart to your own and other’s full magnificence.

Who Is The Writer?

Want To Find Out More?

The youth are often more susceptible to the addictive effect of technology than older people. Teenagers – specifically ones living in the United States – report to finding it increasingly difficult to part with their iPhone, even for a short time. This problem had gotten to the point where parents were urging Apple to start developing software that will allow them to limit their children’s phone usage. Click here to find out more.

7 Healthy Habits To Adopt While Confined To Your Home

Opt For Glowing Skin With The Collagen Induction Treatment