Alzheimer’s Disease: How Can We Understand It Better?

You know what it’s like to frantically be looking for your car keys, certain you had them on the kitchen counter just a moment ago? For some people, this is their whole life – except they eventually forget more essential things, such as their partner’s names or what their children look like. This is Alzheimer’s disease, a debilitating condition that affects millions of people globally. With September being Alzheimer’s Month and today being World Alzheimer’s Day, we thought it appropriate to focus our attention on how influences those suffering from it, and how we can better understand how to deal with it.

Alzheimer’s disease is the most common cause of dementia worldwide. 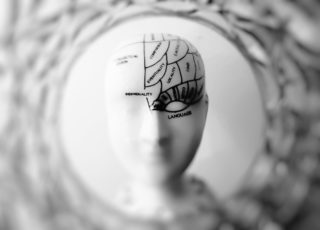 Those over the age of 60 are most vulnerable to the illness, but it can occur in younger people too, especially when there is a family history of early-onset dementia.

The disease is progressive and dementia symptoms gradually worsen over a number of years. In its early stages, memory loss is mild, but with late-stage Alzheimer’s, individuals lose the ability to carry on a conversation and respond to their environment.

“Alzheimer’s dementia (AD) differs from normal brain ageing,” says Dr Kim Laxton, a psychiatrist at Akeso Clinic. “With age, the brain, like any organ and muscle in the body, becomes weaker and less effective in its functioning, particularly in its cognitive capacity. Alzheimer’s dementia is a pathological ageing of the brain. Loss of memory and cognitive abilities is the most common symptom and, with time, the person becomes wholly dependent on others for the basic activities of daily living.”

There is a genetic component that renders someone susceptible to the onset of the disease, she adds, but genetics is not the only factor involved in the development of older-age AD. “Certain genetic alleles, present in a person, might predispose them to AD, but other factors such as hypertension and high cholesterol are also implicated as risk factors.”

The Lancet published an article in 2017 describing high education levels, metabolic risk factor control and the early use of hearing aids in those with presbycusis (hearing loss) as being protective factors, against the development of the dementia illness.  Early stages of AD presents with word-finding and short-term memory difficulties, such as losing keys, forgetting to pay bills, forgetting names of people and objects, and becoming lost in familiar places.

“Two abnormal structures called plaques and tangles are prime suspects in damaging and killing nerve cells in the brain,” says Laxton. “Though autopsy studies show that most people develop some plaques and tangles as they age, those with Alzheimer’s tend to develop far more and in a predictable pattern, beginning in the areas important for memory before spreading to other regions.”

Life expectancy is between 5 and 10 years after the onset of the initial symptoms of Alzheimer’s. In the early stages of the disease the patient often does not realise the memory concerns, and a family member is usually the first to notice subtle changes in the patient’s ability to function.

“Over time the person may begin to display changes in their behaviour and personality. Wandering in the neighbourhood and during the night, as well as aggressive outbursts, become significant concerns for the family. Nursing homes and residential facilities are available to manage the behavioural and psychological aspects of the advanced illness. Essentially, over time, the patient requires increasing assistance from others to be able to perform simple activities of daily life, such as bathing, toileting and feeding.”

The illness renders the patient dependent on others. In the early stages, they might feel confused, irritable and even depressed, Laxton notes. Slowly but surely, previously basic tasks become more difficult. The patient may feel cumbersome and vulnerable.

“Over time the patient may lose insight and struggle to function within their environment without the head knowledge that there is a decline in functioning. However, it is believed that, despite the deteriorating mental capacity of the patient, there is a deep sense of loss that parts of oneself are declining.”

Diagnosis and treatment of Alzheimer’s

The diagnosis of AD is essentially a clinical one. A doctor, predominantly a neurologist, geriatrician and/or psychiatrist, will take a thorough history, perform a physical examination and administer bedside screening questionnaires, one being the Folstein’s Mini-Mental State Examination (MMSE).

“It is important that the doctor treat any underlying medical and/or psychiatric illness that could potentially mimic the symptoms of Alzheimer’s Dementia, such as a major depressive disorder,” Laxton says.  “Blood investigations routinely performed are those for thyroid function, vitamin B12, syphilis and HIV screening. This forms an important part of the workup as certain illnesses, such as hypothyroidism, can be treated, thus improving the patient’s overall cognitive functioning.”

The doctor may request that the patient has radiological investigations – such as a CT and/or MRI-Brain which may assist in excluding other neurological illnesses – to stage the disease, especially in the latter part of the dementing process.

“The treatment of AD does not cure the illness but it may slow the progression of the disease,” she adds. “There are currently clinical trials underway in Johannesburg that are attempting to screen patients and intervene early in those who are susceptible to the disease and are in the earliest clinical stages of the illness. However, the inclusion criteria are very specific; both the patient and their support structure are interviewed and assessed methodically and regularly, prior to medication trial being administered.” 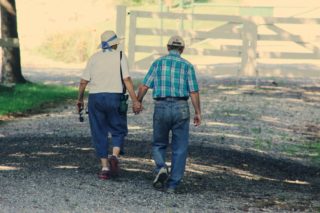 Where to seek help

The most tragic part of the disease is the effect that it has on family and loved ones. “The human being, with their personality traits, quirks and identity, subtly disintegrates over time,” Laxton explains. “The once complete and unique person transforms into a brittle shell and, toward the end of the disease, is often unrecognisable, and wholly dependent on others.”

If you are concerned that a family member or friend might be showing early signs of the disease, encourage them to see a GP as a starting point. Diagnosing dementia is a very delicate process, Laxton says. Once the diagnosis has been documented, the lives of others transform immediately.

“Doctors provide the patient and the family with information pertaining to the disease itself, what to expect over time, and the various support groups and resources that should be used, especially in the cases of advanced disease. Caregiver burden and guilt are common, and all those who are living with a person who has the diagnosis of AD, should be judiciously supported.”

“Any person who has a loved one who has been diagnosed with AD should remember this: never forget to love. Holding someone’s hand, just this physical touch of warmth, is worth more than words or medications.” Click here to find out how Harvard Health explains a personalised approach can help prevent Alzheimer’s.

Want to know more about Alzheimer’s?

A new study from researchers at Concordia University is focusing specifically on the benefits of knowing a second language for patients with Alzheimer’s disease (AD) and mild cognitive impairment (MCIl a risk state for AD). It contributes to the hypothesis that having two languages exercises specific brain regions and can increase cortical thickness and grey matter density. Moreover, it extends these findings by demonstrating that these structural differences can be seen in the brains of multilingual AD and MCI patients. Click here to find out more.

Alzheimer’s Disease: How Can We Understand It Better?