An Unlawful High: A Look At The Complex Issue Of Medical Marijuana

An interesting video has gone viral on social media platforms: Larry, an elderly man who suffers from Parkinson’s disease, is seen shaking uncontrollably at the start of the clip. Later he’s given cannabis oil by another Parkinson’s sufferer and, within a matter of minutes, Larry’s uncontrollable shaking ceases. The relief is clearly visible on his face.* This begs the question: does the cannabis plant hold the key to treating disease? The answer is complex, and there are conflicting views. While some remain critical of its use in the medical field, others believe firmly that marijuana could be a medical miracle capable of helping those with severe illnesses such as cancer and epilepsy.

Dr Sarel Botha, a maxillofacial and oral surgeon with a special interest in head and neck cancer, has looked into the medical benefits and risks. He believes there’s evidence that the cannabis plant has been used to treat illnesses for millennia. While some people smoke the leaves of the plant, others use them to make an infusion that can be consumed as a tea. The buds can also be used to extract an oil. The cannabis plant can even be used to make an ointment that can be applied externally to the skin. To Botha’s mind, terminally ill patients can benefit from the use of medical marijuana. A number of his cancer patients who are undergoing chemotherapy have told him that the drug eases the pain and nausea associated with cancer treatments, thus increasing their appetites. However, his view is not yet officially shared by the bodies representing cancer protocols, such as the Cancer Association of South Africa (CANSA).

Prof Michael Herbst is a health specialist at CANSA. He explains that the association cannot support the use of cannabis in any form, as it is still considered to be an illegal substance in South Africa. The association is also concerned about the way it is used; it cannot condone the smoking of cannabis, as smoking has negative health effects. He adds: “CANSA supports the World Health Organization in its guidelines for the control of cancer pain. To this end, CANSA believes there are medicines available for the control of pain.” He mentions that one of these is morphine, which is readily available at a reasonable cost. The association is also of the opinion that there are currently medicines available for use in South Africa for the effective treatment of nausea, vomiting and other conditions related to cancer.

In the US, marijuana for medical purposes has been legalized in 20 states, as well as in the District of Columbia, because of the role it plays in managing pain. Dr Joycelyn Elders, former US Surgeon General, wrote the following in a March 2004 article titled Myths about Medical Marijuana, published in the Providence Journal: “The evidence is overwhelming that marijuana can relieve certain types of pain, nausea, vomiting and other symptoms caused by such illnesses as multiple sclerosis, cancer and AIDS – or by the harsh drugs sometimes used to treat them. And it can do so with remarkable safety. Indeed, marijuana is less toxic than many of the drugs that physicians prescribe every day.” Ray Cavanaugh, PhD, national director of the American

Alliance for Medical Cannabis (AAMC), wrote the following in a 2002 article titled The Plight of the Chronically Ill, posted on the AAMC website: “Many of the chronically ill have successfully sought relief with the use of medical cannabis, an age-old remedy that now shows real scientific efficacy. Hundreds of thousands of the sick have replaced disabling narcotics and other psychotropic medications with non-toxic and benign cannabis. The anecdotal evidence is overwhelming. Folks with spinal injuries able to give up their walkers, AIDS patients able to gain weight and keep their medications down, cancer patients finding relief from the terrible nausea of chemotherapy, chronic-pain patients once again functional with their consciousness restored from narcotic lethargy, and folks once disabled from crippling psychiatric disorders and addictions returned to sanity and society with the assistance of a non-toxic herb with remarkable healing powers.” 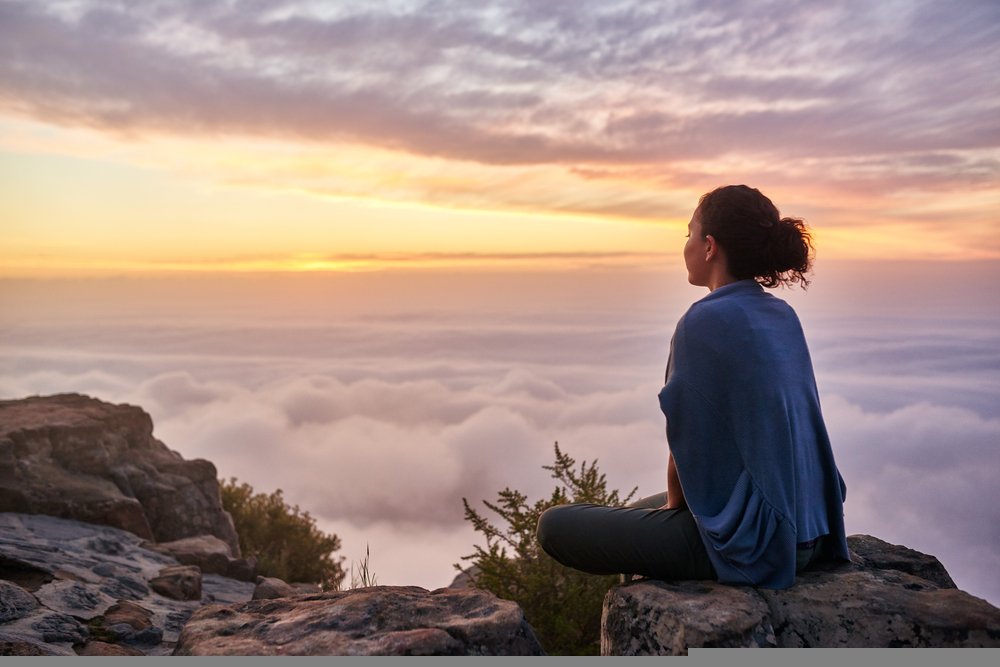 Researchers at the University of California Center for Medicinal Cannabis Research announced findings from a number of randomized, placebo-controlled clinical trials on the medical utility of inhaled cannabis in 2010. The studies used the FDA “gold standard” clinical trial design and reported that marijuana should be the “first line of treatment” for patients suffering from neuropathy and other serious illnesses. Neuropathy is a type of pain associated with diabetes, cancer, spinal cord injuries, HIV/AIDS and other debilitating conditions. The trials indicated that marijuana controlled pain as well as, or better than, available medications. Scientists all over the world continue to study the effectiveness of cannabinoids. Indeed, there are over 20 000 published reviews and studies in scientific literature that pertain to the cannabis plant and its cannabinoids; almost a third of these have been published in the last four years. A keyword search on PubMed Central (the US government library of peer-reviewed scientific research) shows 2 100 studies since 2011 alone. Back in South Africa, there is a growing movement to legalize cannabis for medical use. A case in the Western Cape High Court in March this year has started to influence the public’s perceptions around the issue. The judge in the matter, Justice Dennis Davis, ruled that it is legal for individuals to use, possess, purchase and cultivate cannabis in the comfort of their own home. This is applicable to the Western Cape only. The judgment referenced international cases that serve as a benchmark for other countries that wish to legalize cannabis.

One such case, Ravin v State of Alaska, referred to the alleged dangers of using the drug. It was explained in this case that “in almost every instance of reports of potential danger arising from marijuana use, reports can be found reaching contradictory results”. Also mentioned was the Arriola case, in the Argentinian Supreme Court of Justice. In this case, it was ruled that it is an invasion of an individual’s right to privacy to ban personal use of marijuana. However, Darren Margo, a patent attorney with experience in the pharmaceutical industry, points out that, despite these developments, South Africa is “not there yet” when it comes to the necessary legislation for the legalization of medical marijuana.

Furthermore, this is only a judgment of a local division of a high court, meaning that it does not yet have the status of national legislation. In fact, it is possible that this judgment could be overturned by a higher court in the future. At the time of going to print, this judgment means that Western Cape residents can legally grow and consume marijuana in the comfort of their own homes. However, due to the fact that the judgment can be overturned, these residents may have to destroy the plants they are starting to grow before they have even bloomed. Margo warns that a little knowledge can be a dangerous thing. He is concerned that individuals with minimum knowledge on cannabis will use it incorrectly or for the wrong reasons. He adds that rigorous, formal clinical trials have not been done to determine the contraindications, side-effects or appropriate dosages of cannabis. Margo cautions very strongly against hyped-up reports that have been doing the rounds on social media, which he believes are not based on any scientific research. As an attorney, Margo is concerned about the potential lack of standardization and quality control. There are no national pharmacies that stock medical marijuana, and users have no way of knowing whether dangerous substances have been added to it. The same applies to any substance that is purchased from the black market.

Margo elaborates: “Let’s compare cannabis to the average medicine bought at the pharmacy. These medicines have been tested and researched, and undergone complex and lengthy medical trials to ensure that they are safe. The same cannot be said for raw cannabis plant or oil extracts.”

With regard to this legal issue, Herbst adds: “Whenever the legal processes have taken their course, and a decision is taken to allow the legal importation and/or manufacture and/or distribution of medicines containing natural or synthetic cannabinoids and/or THC and/or any other possible active substances (natural or synthetic) that can be derived from cannabis, CANSA will investigate and reconsider its position with regard to medicinal cannabis.” In a public document released by the Medicines Control Council (MCC), it was explained that, in terms of the Medicines Act, “practitioners can apply to the MCC for permission to access and prescribe unregistered medicines, which may include the substance cannabis, when intended to treat their patients”. However, obtaining permission in South Africa can get you only as far as the nation’s borders. You could find yourself in legal turmoil if you do not abide by certain rules and regulations when travelling with cannabis. The law surrounding the transport of medical marijuana for personal use is quite complex, because each country has its own laws in place when it comes to marijuana.

Firstly, travelers need a medical certificate that describes the exact amount of marijuana they are travelling with. For example, you cannot travel with 1kg of marijuana if your medical certificate stipulates that you need only 100g of medical marijuana during the journey. Furthermore, you must obtain permission from the country you are travelling to in order to take cannabis across that specific country’s border. Obtaining permission from some countries will be easier than others. In Thailand, for example, travelers caught with marijuana are imprisoned – regardless of whether or not they are using it for medical reasons. Medical marijuana may well offer cancer sufferers a more natural and comfortable alternative to manage a difficult and terminal illness. For now, however, it remains illegal to consume it in South Africa in any form, in terms of the national legal framework. And until there are formalized medical guidelines which legitimize its sale and use, people who seek its relief do so at their own risk.

How Opening Your Own Business Can Transform Your Health

I am a 27-year-old journalist with qualifications in the fields of Communications, Law and Economics. I recently moved from law to journalism because of my love for the written and spoken word. This leap of faith has been exceptionally rewarding and fulfilling. My passions include health and well-being and I am a firm believer in the fact that 'My body is my temple'. As a young South African woman, I am interested in portraying the thoughts and needs of the modern, dynamic women of our rainbow nation. I have a clear vision as a journalist and write with the aim of empowering ordinary people who have an extraordinary story to tell.

An Unlawful High: A Look At The Complex Issue Of Medical Marijuana