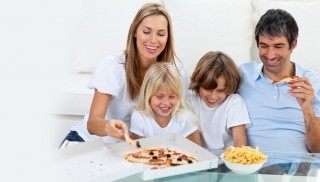 Are your tired and lacking motivation? Perhaps your diet is to blame. A recent study (involving lab rats, mind), has found that a diet high in fat and processed foods may result in fatigue.

“We interpret our results as suggesting that the idea commonly portrayed in the media that people become fat because they are lazy is wrong. Our data suggests that diet-induced obesity is a cause, rather than an effect, of laziness. Either the highly processed diet causes fatigue or the diet causes obesity, which causes fatigue.”

For the study, published in the April 10 issue of Physiology & Behavior, Dr. Blaisdell and his team of researchers divided a sample group of 32 female rats into two groups. The first group was fed a diet of relatively unprocessed foods, while the second was given a “junk food” diet, consisting of highly processed foods rich in sugar and saturated fat. All of the rats were required to complete a basic task – pushing a lever  –to receive a food or water reward.
Three months into the experiment, the researchers observed, unsurprisingly, that the rats on the junk food diet had grown significantly fatter than the others. The more interesting finding, however, was that these obese rats’ performance of the lever task had become impaired, as they took much longer breaks than the lean rats between performing the task. The researchers refer to this lack of motivation as “cognitive impairment”.
At the end of six months, the researchers reversed the rats’ diets. But after nine days on the less-processed foods, the obese rats showed little change in weight and no change in their response to the lever task. Similarly, the lean rats remained lean and showed no decrease in motivation after nine days on junk food. According to the researchers, these findings indicate that it is long-term habits, rather than occasional health kicks or junk food binges that are responsible for our weight and motivation.
The researchers indicate that the findings are very likely to apply to humans, whose physiological systems are similar to those of rats. For Blaisdell, the study suggests that current societal attitudes towards obesity should be reconsidered.

How To Fit Exercise Into Your Busy Schedule