Extreme training sounds like this one is only for the athletes of the world. Think again, because even regular gym-goers are at risk. It’s surprisingly easy to get immersed in your training and not realize how hard you’re pushing your body. Unfortunately, the brain starts to take a hit if you expose it to extreme training for a prolonged period of time.

In fact, new studies have found that excessive training can tire your brain out to the point that you have trouble making decisions. This is not good. You might find yourself experiencing random bouts of brain fog. Although there are many health benefits to endurance exercise and working out regularly. As soon as you stress the body out with excessive and extreme training, the load can have nasty effects on your brain.

Researchers state that their findings draw attention to the fact that neural states matter. This means that humans don’t make the same decisions when their brain is in a fatigued state. Researchers got this information by using 37 male endurance athletes. They either continued normal training or increased their training by 40% a session over three weeks. After their functional MRIs, the overloaded athletes had a significantly slower response in the lateral pre- frontal cortex.

In a nutshell, working out at extreme intensities for too long can fatigue your brain. This is an unusual phenomenon, but it does happen. The National Institute of Sports, Exercise, and Performance (INSEP) in France has been studying this scenario for many years. Apparently, if an athlete increases their workout intensity, it doesn’t always lead to better performance. Despite the fact that an athlete might feel as if they’re working harder than before. Perhaps slow and steady progress is best?

Extreme training is also called overreaching. The organization says there are a few physical symptoms to watch out for when experiencing fatigue. However, experts are more interested in whether symptoms of fatigue are present in the brain too. New research says yes. 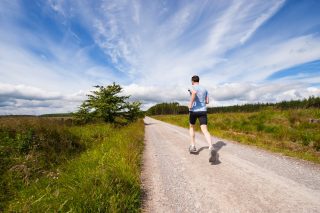 According to a study published in Current Biology. extreme training and high-intensity workouts can make athletes more impulsive. This is because it takes a lot of mental effort and decision-making to convince yourself to get through a really hard workout. For example, thinking of running a marathon. Imagine how much mental strength an athlete must have to fight through pain and apprehension.

The question is: What mental strength do you have left?

Do you train at extreme intensities? Maybe you’re starting to feel forgetful or constantly looking for quick rewards.

According to researchers, athletes who participate in extreme training to the point of exhaustion show reduced activity in an area of the brain important for making decisions. In fact, these athletes were also more impulsive in tests that evaluated financial decision-making. This means that you might feel a lot less patient. Many athletes also see themselves seeking immediate rewards instead of larger ones that will take more time to achieve. This is not a good thing, because you might find yourself plunging into a life-changing decision without much thought.

The studies show that the lateral pre-frontal region that was affected by extreme training overload were exactly the same that had been shown vulnerable to excessive cognitive work in previous studies. This is the weakest part of the brain when it comes to cognitive control, behavior, and information. This research proves that both mental and physical effort requires cognitive control.

Which is why it is very important to monitor fatigue levels to prevent bad decisions outside extreme training. Especially when it comes to life-changing decisions, family, politics, law, and finance.

Whether you’re an athlete or not you need to take note. This is very important information for those of you who don’t train as your career. You may just be an avid fitness fanatic or have a competitive personality.  This research must be taken seriously. Interestingly, this doesn’t only mean that you should avoid making a tough decision straight after a strenuous workout. It means that if you noticed yourself feeling really weak, exhausted, moody and impulsive. You might very well be on the road to extreme training and burnout. 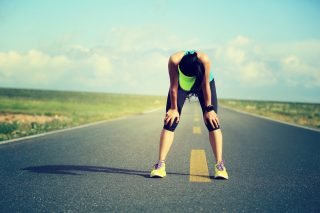 Doctors recommend taking a smarter approach with your training. They said that they have worked with elite athletes who have perfected recovering quickly from hard exercise.  These people are used to managing a workout schedule that is more extreme than most people’s. Therefore, it’s possible that the effects of extreme training could be even more drastic in non-professional athletes. Although it’s logical to avoid difficult decision-making directly after a strenuous workout, this research proves that there are adverse long-term effects of extreme training. However, shorter periods of exertion might have different effects.

That’s the question doctors are now asking. Yes, they certainly work. However, what are the long-term effects of these intense boot camps or extreme training routines and programs?

No matter which one you’re currently on, all of these extreme training programs are created for the sake of better, faster results. What’s the problem? Well, researchers think that working too hard for too long might not be the best way to achieve optimal fitness.

We are not certain what the organization plans to do with its current findings. However, the organization has built other science-backed training regiments, like preparing for competitions in hot climates by training in hot rooms.

What does this mean for you? It means, seasoned athlete or not, that you need to take it easy on yourself. Be sure to get yourself on a training program that will help you make progress that is slow and steady. We know how tempting it is to get fast fitness results. But you might do yourself and your brain a lot of harm by extreme training.

Dancing is any kind of movement that makes your body feel good, rhythmically. Studies have found that when you dance, a naturally lean physique is not all you’ll achieve. Moving more will boost your brain, your mental health and make you feel good.

How to build personal resilience during this Global Health Crisis

Boost Your Longevity With Asparagus In Your Cooking