The Male Quest To Look Bigger Might Lead To Infertility

The male quest to look more muscular and get broader shoulders or quadriceps seems to be a growing trend. Worldwide more men are highly interested in the way that they look. It’s funny because we don’t talk about men and beauty very often. In addition, we certainly don’t address the effects of body-building and fitness on males, as we do for women. Why is that?

It’s strange because if we are all human, surely we are connected? Therefore, male or female, when we engage in similar activities the results will surely be similar…

Interestingly, there seems to be an evolutionary paradox that’s been created amongst men. Scientists have only just uncovered it. The male quest to make themselves look bigger and more attractive is jeopardizing their chances of reproducing. A lot of males live in a world oblivious to this fact, but it is something we just had to shed some light on. Just like women, when we expose ourselves to a sudden increase in fitness or caloric restriction, our periods disappear. Well, a similar thing happens to men.

Somehow, we find it really easy to talk about the effects of aesthetics and beauty on women, but quite easily forget about what it does to men. Whether you like it or not, there are certain things humans are just not supposed to be doing based on evolutionary sciences. Male quest or not. 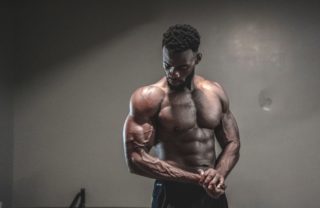 According to BBC.COM scientists are calling this phenomenon the Mossman-Pacey paradox. Reportedly, taking steroids to get a buff physique or anti-baldness pills to keep a full head of hair can damage fertility. Moreover, their obsession with getting bigger and more defined is having an enormous impact on their relationships. Many couples are experiencing trouble when it comes to conceiving and going through this can be heartbreaking.

Dr. James Mossman, now at Brown University in the United States says that the men who come in to have their fertility tested are mostly enormous. He explains to BBC that he started to connect the dots between steroid abuse and fertility when he was studying for his doctorate in Sheffield. Mossman adds that they are all trying to look really big so that they can look like the pinnacles of evolution.

However, they are making themselves very unfit in an evolutionary sense. This is because without exception they had no sperm in their ejaculation at all. Now that’s got to mean something!

This is a generalization and we’re not stating that every body-builder uses steroids. However, generally speaking, a lot of them take some form of muscle growth stimulant. According to Mossman, anabolic steroids mimic the effect of the male hormone testosterone on the body.  They are used as performance-enhancing drugs to increase muscle growth.

For some, they have become a casual item to consume, especially now with fitness and aesthetics leading the minds of young people of today. 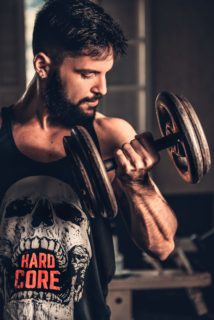 Prof Allan Pacey, from the University of Sheffield, tells BBC that it’s very ironic. Especially since men go to the gym to look wonderful and the main reason behind it is to attract women. Yet, they are unintentionally decreasing their fertility.

In addition, scientists report that these anabolic steroids fool the brain’s pituitary gland into thinking the testes are going into overdrive. This process causes the glands to react by shutting down your entire production of two very important hormones. The first is called, LSH (Luteinizing and Follicle Stimulating Hormone) and the second is called, LH (Luteinizing Hormone). Both of these hormones are imperative in driving the production of sperm.

In essence, you would pretty much be an “evolutionary dud.” That’s the exact term scientists are using to describe this male quest for aesthetics and beauty. I am all about looking after yourself and male grooming – but I think humans tend to take everything they do to the next level. Sometimes it’s not always the better option because systems do work for a reason. We just need to learn to distinguish between when it’s time to change it or follow it.

The research, reported on Nice.Org has also found that there’s a similar theme in men using medication to prevent male pattern baldness. Apparently, the drug finasteride changes the way testosterone is metabolized in the body. This can limit hair loss. However, the drug can lead to problems including erectile dysfunction and a hit to fertility.

Prof Pacey told the BBC that more anabolic steroid users are more likely to become sterile than you would think. He believes it’s nearly close to 90% of these men. It doesn’t help either when men feel insecure about going bald either. Fair enough, who wants to lose their hair? It’s quite a sad reality that many men need to face. Unfortunately, there are consequences for trying to avoid the natural process.

What Does Male Quest Mean For Evolution?

Despite what we as humans perceive as success…nothing compares to the evolutionary success of reproducing. When you pass on your genes and DNA and it is successful, then you are a success…according to human biology. Aesthetics are a bonus, but not if they’re jeopardizing your ability to reproduce, whether you want to have children.

Dr. Mossman explains that taking these vanity-based medications might make you more attractive but could turn your male quest into “an evolutionary dud.” That’s the term scientists are calling it. More importantly, these aesthetics are not what many of these body-builders are born with. That’s why looking muscular and big is not nearly the same as a bright and colorful bird spreading its wings to attract females. It’s a natural characteristic and will naturally result in reproduction and the passing of his genes.

Mimic The Male Quest Of Birds

Experts explain to BBC that there are only a few examples in the natural world where an animal sacrifices their ability to breed. Certain bird species perform co-operative breeding in which individuals forego having their own offspring to help raise the descendants of close relatives. 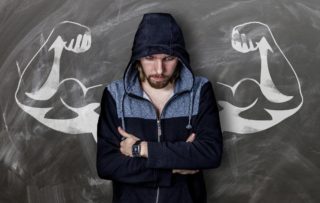 However, we can’t even compare this because these actions make natural sense too. This is because, in evolutionary terms, half of your genes are shared with siblings so they are still being passed on, just indirectly. So if your male quest is to look more appealing to the opposite sex and consume more growth hormones…your male quest to think is wrong because you are most likely going to harm your chances of remaining fertile. This kind of issue is one that scientists have only seen in humans.

Prof Pacey says he thinks the problem is that the key message is only being shared with fertility patients. Yet it keeps cropping up in clinics and the message is not getting out to young men. This is a problem and a bit more information could save them a lot of heartache. A male quest to look good or not, you must be aware of the consequences.

A  sweet potato pie would hit the spot right now if I had it. With the warmest season now in full swing and all that cooking inspiration after Memorial Day, we can’t let that creative cooking flare slide. Give this easy smoothie bowl recipe a try!

Why Underarmour Hovr Runners Should Be On Your 2020 Wish List

Resistance Bands Are Just The Thing For Your Holiday Shape Up

The Male Quest To Look Bigger Might Lead To Infertility