Is Michael J.Fox Losing His Battle Against Parkinson’s?

Rumours have been circulating again recently that Michael J. Fox is losing his battle against Parkinson’s. But, is there any truth to these claims?

Fox was diagnosed with young-onset Parkinson’s disease in 1991.  He only disclosed his condition in 1998. 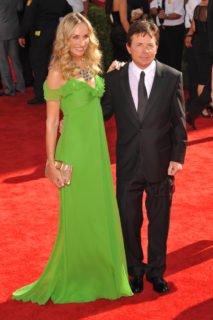 The Promise of The Michael J. Fox Foundation

Since then the famously funny actor created a non-profit foundation to focus on finding a cure to Parkinson’s disease while still continuing to lead a productive personal and professional life.  He’s also undertaken that funding on this research will not end until a cure for the disease has been found.

His incredible zest for life, work and persistence has always helped him to continuously fight back.  Fox’s message has always been one of gratitude hope and encouragement. As well as, to help advance the pursuit of a cure.

In the past year various media reports have suggested Fox’s health is now declining to the extent he could soon be wheel-chair bound.  Indeed the hearts of many were broken when LTC News in 2016 announced that Fox was seen struggling to get in and out of his car.  Reports suggested his speech had also become increasingly slurred.

So Will Michael J. Fox Win The Battle?

The media is known to sensationalize matters regarding celebrities.  Fox recently demanded on  social media that he receive an apology from the Globe after they posted an article creating doubt around Fox’s health and mental well-being.

Recent story in the Globe re my health and state of mind went viral. Disturbing and total B.S. The Globe apologizes. pic.twitter.com/5ZDgUNrYKe

According to ABC News and LTC News Fox is well aware that his condition is likely to deteriorate to the extent he will require supervision and help with daily activities.

Claims That Fox Is ‘Preparing To Die’ Are Media Constructs 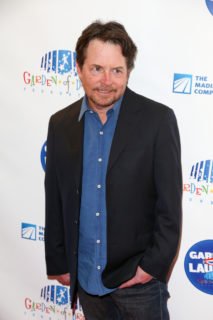 However, the claims stating that he is ‘preparing to die’ or ‘losing hope’ appear to be entirely media constructs. What’s certain is that the courageous actor continues to work and maintain a positive attitude which drives his search for a cure.

“I’ve been able to do a lot of work. And what’s great about it is I wouldn’t be still until I couldn’t be still. The subtle twist has made it a new experience. Whether it’s been better or worse is not for me to say, but it’s certainly different. And that’s all you can ask for in your 50’s, that you’d be doing something different,”  said by Michael J. Fox in 2016 about his role in Louis Canning’s “The Good Wife.”

If you enjoyed this article, read Kate Winslet’s Body Positivity Will Inspire You.

Corona Stress Can Be Reduced With Yogic Rituals

Identifying Symptoms Of Prostate Cancer is Tricky To Do

Skye is a Personal Well-Being Coach, Thought Leader, Entrepreneur, and Movement Instructor. She loves changing people's lives and believes you should always strive to be your best, irrespective of the circumstances! She's the proud founder of the brand and online Wellbeing business, Skyezee FashionFit pty (LTD). She is also the co-studio owner of Bodytec Rivonia Village.

Living your longest, happiest, healthiest, BOLDEST lifestyle, and learning how to truly take care of your body and mind, holistically, is her specialty. More importantly, to help you stay consistent so that you are successful at whatever you aim to achieve. Particularly, those who’ve been misled by fad diets, false marketing, fitness images, and unrealistic beauty standards. Skye's here to help!

She's a qualified Fashion Journalist, Stylist, and Trends Forecaster. A Health and Fitness journalist for wellness magazine, Longevity. A Yoga Teacher and Health Life Coach in training. She's experienced in Exercise and Jump Rope Coaching, Movement, Mindfulness, and Nutrition. Her mission is to help others achieve their goals daily, with confidence. Nothing makes Skye feel more alive than being on top of her health, because your greatest confidence-builder begins within. She's an adventure-seeking lady who has taken bold leaps of faith and risks in a short space of time. This has led her to face many challenging experiences at a young age, so she knows what it’s like to feel ‘stuck.’ But she also knows that defining your ‘ONE QUESTION’ is the most powerful asset to establishing true grit and determination, so you can conquer anything you wish to achieve.

She will help you get your BOLDEST self and LIFE back!

Claim your FREE Guide to Achieving your Boldest Self here --> https://skyezeefashionfit.com/why-need-one-question-persevere/

Become One of the FIrst-Ever Boldest-Self Ladies in her BRAND NEW club. To learn more look here --> https://skyezeefashionfit.com/become-a-founding-member/

Skye's mission in this one-of-a-kind ladies club is to help and inspire EVERY women around the world to reach their best, most satisfied, confident, healthiest, happiest, and BOLDEST Self!

She says, "Together we will strive to figure out our ONE QUESTION to master EXCELLENCE in all that we DESIRE in living our BOLDEST life."

She's always excited to hear about who you are and what your story is or to just have a casual chat. So, come and say hi by sending her a friendly message via skye@skyezeefashionfit.com or connect on Social Media.

Is Michael J.Fox Losing His Battle Against Parkinson’s?