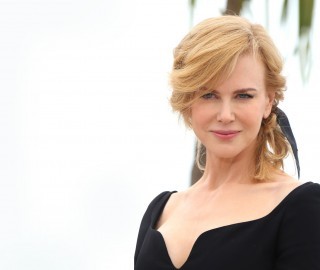 Mega star Nicole Kidman has found her groove – both on screen and at home.

High intensity
Nicole, whose Hollywood journey spans almost 20 years, is known as a fiery actress who doesn’t hide her insecurities, intensities or emotions. Baz Luhrmann, her old-time friend and director of her upcoming release Australia, was quoted in an interview with Vogue saying, “Nicole is a thoroughbred. She is highly strung, highly volatile, highly everything.”

New Beginnings
Nicole describes Keith as her soul mate. However, just three months after their wedding, Keith checked into rehab for alcohol addiction. It was a rocky road, but both he and their marriage seem to have come out stronger for it. Shortly before their second anniversary, Nicole gave birth to their first child. “I think giving birth to a child, as a woman, is what we’re born to do. I don’t mean to sound that sexist, because many women don’t get to do it, and I thought I was one of them. But at the same time, if you are given that gift, it is an extraordinary thing” she told Parade magazine.

“Nicole is a thoroughbred. She is highly strung, highly volatile, highly everything.”

She discovered that she was pregnant while filming her upcoming epic romance Australia. Again, in the irony that seems to follow Nicole, her role in the movie Australia mirrors her own life, as she plays Lady Sarah, a childless lonely woman who enjoys a spiritual rebirth. Set during World War II, her character reluctantly makes a pact with a cattle drover played by Hugh Jackman, to protect her property, which leads the couple, along with a young Aboriginal boy, to drive 2 000 head of cattle across the land of Darwin.

Returning home
Since wrapping filming and promotional tours, Nicole, Keith and their daughter have returned to their smallholding in Nashville Tennessee.  The Kidman – Urbans live life like any other family, stopping at their favourite coffee shop, and visiting the local gym (Nicole is a fan of yoga, running and spin classes and maintained her fitness regime throughout her pregnancy). She has returned, in a way, to the more carefree lifestyle of her youth.

She has a softness about her now, a contentment that wasn’t previously there. “People say that there is a mystery to me and I’m pleased about that because I don’t think you should have to reveal everything, and every part of yourself shouldn’t be known to the public; that is left for your loved ones.”

Body Dysmorphia: How To Prevent Falling Victim To It

Journey With Yoga, Is A Journey For Life

Worry About Nothing In Life And You’ll Be Much Happier