WHO Urges Stiff Regulatory Limitations On Vaping And Tobacco

WHO (World Health Organisation) is calling for strict regulations of “vaping”, as well the banning of any indoor use, and exposing minors to advertising and sales. #WorldNoTobaccoDay 2017 is encouraging us to educate our children about the damaging affects of smoking on both our health and future developments.

WHO Need You To Know About “Vaping.”

Young people assume they’re choosing the ‘better’ option by “vaping.” They see is as the ‘safer’ option to weaning off tobacco. But, just like smoking,  it comes with a whole new set of dangers.

We’re seeing it all over social media. We’re aware that cigarettes are bad for your health and that tobacco is something to stay far away from. According to media sources, tobacco smoke contains over 7000 chemicals and at least seven of these are known to cause cancer, emphysema, heart disease and many other health problems.

But What About  “Vaping”? 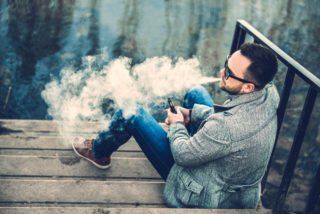 There is very little that we know about “vaping” and its effects on our health. The consequences of using these brightly coloured and trendy ENDS (electronic nicotine delivery systems) are potentially just as bad as smoking cigarettes. According to ‘What Doctors Don’t Tell You’, “they come in a variety of forms, from vapes that look like cigarettes, complete with a red tip that glows on every inhalation, to e-pipes, e-hookahs and e-cigars.” “Some ENDS are fashioned to look like everyday objects such as pens or USB thumb drives.”

The same issue is happening here. Exciting, colourful designs and flavours, just like cigarette packaging are tempting to young people.  What if we standardize the design of these too? It isn’t a bad idea. Nonetheless,  they’re encouraging  our youth to inhale a toxic vapour that contains nicotine.

“Vaping” Is Dangerous. But, What Are We Doing About It?

The WHO says that it favours applying similar restrictions to all nicotine-containing products including smokeless ones. Moreover, the WHO continuously urges a range of regulatory options, including prohibiting “vape” makers from making health claims like suggesting they help people quit smoking, Reuters reported. 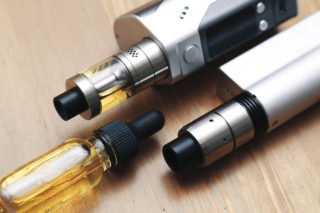 The WHO also stressed that until they provide convincing supporting scientific evidence and obtain regulatory approval, these regulations will stand. The flavours are also toxic. From bubblegum to cherry, every flavour on the planet exists tempting our kids-even adults to buy into a completely misunderstood matter.

“E-cigarettes should be regulated to minimise content and emissions of toxicants, and those solutions with fruit, candy-like and alcohol-drinks flavours should be banned,” the WHO reported. “Vending machines should be removed in almost all locations.”

What Are The Risks Of “Vaping”?

Scientists are still uncertain of the risks and potential benefits of “vaping.” According to Reuters, major tobacco companies, including Imperial Tobacco, Altria Group, Philip Morris International and British American Tobacco are increasingly launching their own “vaping” brands as sales of conventional products stand in Western Markets.  This scary statistic is proof that”vaping” is what people prefer to choose.

The Royal College of Physicians published a study in 2014 which suggested that e-cigarettes were an effective and affordable alternative to regular cigarettes which could reduce the harmful impacts of smoking.  The American Lung Association responded by announcing e-cigarettes as a long sort after step in the interests of protecting public health.

However, the Centre for Disease Control and Prevention (CDC) is concerned that e-cigarettes have become a gateway to real cigarettes in minors. While e-cigarette use among adults had gone up 12,6% by 2014, it has tripled among teens in the last year alone. Research has also found that teens who use e-cigarettes are three times more likely to smoke traditional cigarettes a year on. This problem is magnified by the fact that not all American states forbid the sale of e-cigarettes to, as the current laws do not prevent this – something which the new regulations aim to fix.

Don’t Get Too Excited. “Vaping” Causes:

If this doesn’t scare you off, then you should know that it hugely contributes to mental addiction as well. There have also even been cases of vapes exploding in people’s very own pockets!

WHO Urges Stiff Regulatory Limitations On Vaping And Tobacco