My First Hot Yoga Class – Learn From My Mistakes

Hot yoga has become increasingly popular, with millions of people practicing it across the world. So you’re sure to know a yogi or two who raves about the mind-body practice. In addition to its endless list of benefits, it seems that most people who have aged healthily credit yoga for that.

I was given a book about yoga, which is what sparked my initial interest. I decided to give it a try.

I found a yoga studio, Yoga Experience at The Thrupps Illovo Shopping Center, and committed to 10 consecutive days of yoga classes before starting my first lesson of hot yoga. I did this because I’m pretty lazy when it comes to working out. I knew that  if I didn’t put some pressure on myself, I wouldn’t go back. And as the lovely lady at the front desk sternly warned me with a warm smile on her face, “Yoga is not for sissies.” Committing to 10 days encouraged me to tough allowed me to tough it out – and try the various types of yoga until I found my match, which is highly recommended.

For my first class I did Flow yoga. It was slightly difficult, but not too awful – just more uncomfortable than anything else. On the second day, I stood up to the challenge that is Bikram Yoga – which, if you don’t know, is performed in a heated room. Although I stopped eating an hour before class as you’re supposed to, and had an apple to increase my sugar levels slightly, I didn’t drink nearly as much water as I should have. 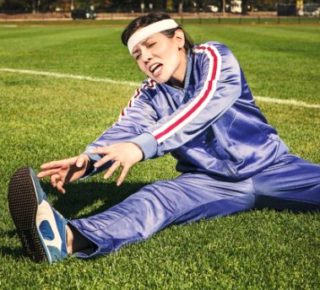 Bear in mind that Bikram is performed under extreme conditions; the room is heated to approximately 60 degrees. That’s hot. Of course, I say this in a vain attempt to overcome my embarrassment at what happened to me during this hot yoga class.

I felt myself slipping away, feeling very dizzy and pretty much seeing the light. I had an out-of-body experience. And, during the part of the class where the instructor opens the door slightly for some ventilation, my feet just carried my body out the door. Without trying to be too dramatic, I really thought I was dying. And I immediately understood those warnings about drinking enough water.

I didn’t give up. A week later, with a couple more classes under my belt, I stayed in the same room for the entire 90 minutes – and I was able to execute every move! I have never felt better, and now I can’t wait to go back. I’m so looking forward to conquering Bikram once more! 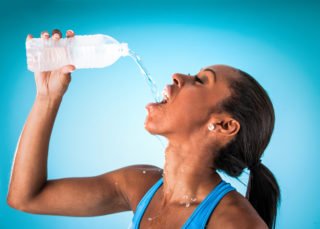 Here are three tips to surviving your first class:

Knowing what I know now, I would have like to start started with Inyengar, and then flow and then moved onto Bikram yoga.

Do a bit of research about the different styles of yoga before making your choice. The studio you go to and the yoga instructor also play quite a role in your yoga experience. If you can, pay the studio you’re thinking of joining a visit and speak to instructors; ask them questions so that you can get a great sense of whether or not they would be a great fit for you. Download the MindBody app from the app store to help you find studios near you.

From the moment you wake up to just before the class, make sure you drink plenty of water. Your water intake will determine how well your body handles the class.

Apart from the peace of mind it will bring, being early for your first yoga class is a must. You’ll most probably have a form to fill out, and your instructor will want to know a bit about you. You also want to be able to place your yoga mat where you feel comfortable.

Harvard Health also outlines some of the benefits beyond the mat here.

How To Spot a Fad Diet

Health Courses That You Can Study in Melbourne

Joy Mphande
Born and raised in Pretoria and known on the airwaves as Joy Gracious, which is a combination of her first and second name. Joy is a vibrant, opinionated and highly competent individual who aspires to thrive in the media industry.
Joy has done first year media practices at Boston Media House, but was unable to complete the course so she decided to opt for a shorter course by enrolling at a presenting school called ‘Oncue Communications’, in that doing the 21-year-old stride taker qualified herself as a Radio presenter. A day after getting her radio presenting certificate she began interning as a technical producer and voice-over artist at a community radio station called Radio Today, three weeks into her internship she swooped up a co-presenting and content producing slot on an urban culture show called ‘The Ultimate Shutdown’ with two other mail presenters.
This media personality is qualified as an arts journalist by the training and development programme of the 18th annual Jazz festival where she was mentored and trained by journalist and author of ‘yakhal’inkomo’ Percy Mabandu and journalist Gwen Ansell.
Joy has also co-presented and produced a breakfast show called ‘The Tom London’s show’ which also broadcasted from Radio Today with radio legend Tom London.

My First Hot Yoga Class – Learn From My Mistakes