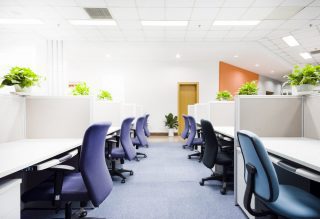 Swedish  researchers suggest that open plan offices and no individual workstations may impact employee health. These findings lay the groundwork for more research into how your work environment affects your health.

Comparing data from nearly 2 000 people in seven different office designs, researchers found that those who worked in offices with open floor plans took more time off. Women in these settings were especially likely to take sick-leave.

In flex-offices – open-plan layouts without individual workstations but with some meeting rooms – men had higher rates of sick-leave spells and individual sick days. The study was recently published in the journal Ergonomics.

Researcher Christina Bodin Danielsson and colleagues at Stockholm University said that they have long suspected the link between open-plan offices and ill health, but the reasons aren’t entirely clear.

It may that in addition to the risk of infection, the types of jobs performed in open workspaces, as well as the lack of privacy and control over personal space, could all play a role in this higher rate of sick leave, according to a news release.

The risk for “presenteeism” – workers coming to the office when they’re actually ill – may also be a factor, the study suggested.

Taking Care Of Your Eyes In 2020: What You Should Know